For some, the internet phenomenon that is Homestar Runner may have died several years back. As anyone who frequents the internet knows, its probably the toughest crowd to keep entertained. Today’s fad is tomorrow’s faux pas and Homestar, Strong Bad, and Marzipan were no exception to the rule. However, as is the case with most internet memes, a dedicated fan base stuck around to see what the Cheat was getting into or how ridiculous the next episode of Teen Girl Squad was, and it has remained relevant in its proverbial slice of the digital pie. They’re now attempting to regain some lost ground with an ambitious episodic point ’n’ click adventure game developed by Telltale Games called Strong Bad’s Cool Game for Attractive People, and it looks like one fans, past and present, should give a serious chance.

The first episode in the series, Homestar Ruiner, is a near-perfect translation of the online comic into the sometimes tricky format of a videogame. Based around resident blubbering bad boy, Strong Bad, Homestar Ruiner starts with Strong Bad checking his email on his trusty computer companion, Lappy. A fan-sent email coaxes Strong Bad into “beating the snot” out of his long-time nemesis, Homestar, and thus the game commences. 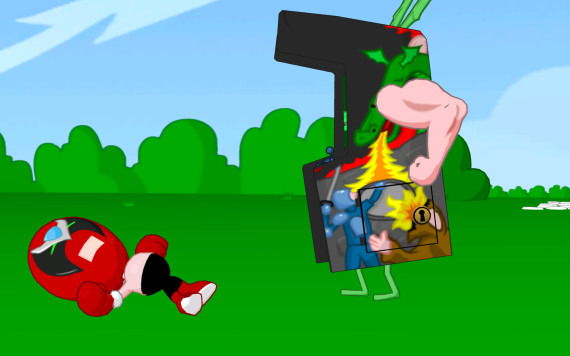 The game itself plays as a straightforward point ’n’ click adventure, and will be easy to pick up for fans of the successful Sam & Max episodic series, as Strong Bad uses the same engine. The game looks very crisp, and Telltale did a fantastic job of taking Homestar from two dimensions to three. The game progresses through the completion of puzzles involving seemingly ordinary items that are picked up, placed in the player’s inventory and used in the most ridiculous ways possible to advance. The puzzles themselves are interesting and engaging, clever enough to keep the player on their toes but not so difficult that they leave the player frustrated and unable to solve them.

There are several sidequests included in the game if players need to give their brains a rest, sidestepping traditional point ’n’ click play and throwing in some more arcade-like mini-games, as well as optional puzzles and storylines that are tied to trophies that are displayed in-game. It’s also possible to enter a photo-booth that stores different costumes for Strong Bad to adorn, then choose from several backgrounds, and snapshots of Strong Bad in different silly poses. These photos are then able to be shared with friends on your Wii, via WiiConnect 24, a great feature for friends who share an affinity for the Homestar universe. Unfortunately, Strong Bad sheds the costume you give him once he steps out of the photo booth, a short sight of Telltale, though certainly not a deal breaker.

The game also has some trouble staying consistently funny the whole time, though it should be clarified that translating bite-sized bits of humor to a three or four hour interactive experience is a daunting task. There are still plenty of laugh-out-loud moments; they just aren’t laid out neatly on a navigable site. The game defaults with subtitles and while they are sometimes helpful to discern the few instances where dialogue is a bit muddled, turning them off allows for the jokes to be delivered more organically, making the overall experience more enjoyable. 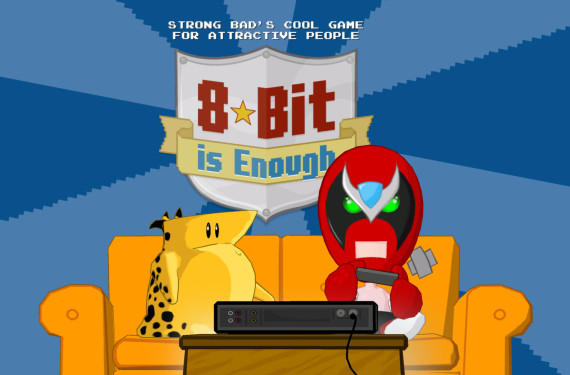 These are really small nitpicks of an unabashedly successful debut of the Homestar Runner crew into the proper video game realm. It’s also a success for Nintendo’s malnourished WiiWare service. Though it has provided a few gems thus far, they have been peppered between long bouts of years-old PC ports and blatant remakes. Clocking in at the better part of four hours, with a cost of 1000 Wii Points, each episode of Strong Bad’s Cool Game For Attractive People will give hope monthly to those looking to support WiiWare. Well, for the next five months, at least.