It’s hard to believe that the game first passed off as being a DDR-on-guitar clone turned out to be not only fantastic, but to start a phenomenon. Yet here we are 4 years later, and Guitar Hero is on nearly every major console and is played by every generation of gamers, including some who “hate video games.” The last console to get Guitar Hero was the DS. Some thought it would never be done, but Activision figured out an impressive plug-in controller. Now, in 2009, we see the release of the latest handheld Guitar Hero, Guitar Hero: Modern Hits. 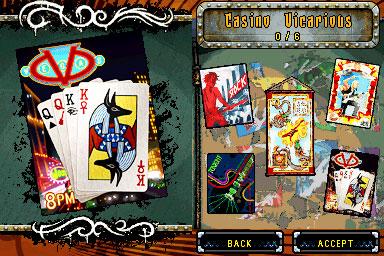 If you’ve played the previous Guitar Hero DS offerings, you’ll be no stranger to Modern Hits. The game is basically the same design, with a few new tweaks. The main new feature in Guitar Hero: Modern Hits are the “Fan Requests.” Instead of simply having to beat the songs to progress like in previous installments, you now have to complete goals such as getting a string of notes right. The feature is certain to divide people, but it reminds me of how handheld games used to be, differing themselves from the console version. The fan requests are certainly very challenging and will add to the length of the game. The gameplay is basically the same as the previous games. Instead of 5 buttons, there’s 4, and instead of hitting a whammy bar, you strum the screen with your stylus. Unfortunately, expect to still get wrist cramps from the game, but honestly, I don’t think there’s a better way Activision could have brought the Guitar Hero gameplay to the DS.

Some may see “Modern Hits” and think of Flo Rida and The Black Eyed Peas, but thankfully the tracklist is more like “Modern Alternative Hits,” which I’ve always wished Activision would include more of in the Guitar Hero games. There’s music from The Bravery, Kaiser Chiefs, Franz Ferdinand and The Fratellis and many more. The DS speaker really does not do these songs justice, though, so if possible you should plug it in to an external speaker or use headphones. 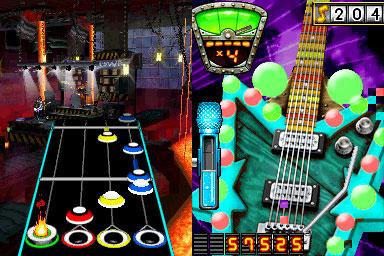 It’s very hard to get a rhythm game right on a handheld, but Activision has really accomplished that. This is one of the best tracklists of the handheld Guitar Hero games and features a lot of gameplay and some well-made pack-in accessories. Sure, it’s still not as satisfying as the console versions and the lack of DSi support is unfortunate, but this is pretty much the best you could ask for when it comes to a handheld version of Guitar Hero.