EA Sports’ Fight Night Round 3 was one the most popular sports game ever to hit shelves (and not just for the easy achievements). The team behind the game managed to create a fun and realistic boxing simulation that was beautifully presented. As hard as it is to believe, EA has managed to top their previous outing in every way with this year’s iteration of the venerable series, Fight Night Round 4.

The team put in a lot of work improving the overall presentation and control scheme. Every fighter looks ultra-realistic, takes damage accurately, and sweats over the course of the fight. There are also a ton of fighters old and new so players can make practically any dream match-up including the marquis fight between Ali and Tyson. 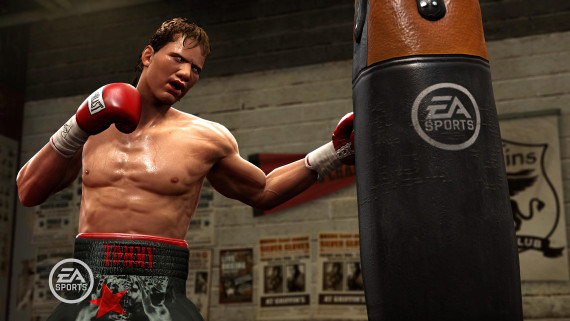 The menus are improved, beautiful and authentic, like something one would see from a 20s-era prize fight. Simply navigating the menus can be a joy, especially with a high-quality soundtrack that includes big names like Santigold, Mos Def, RZA and Snoop Dogg. For the most part the commentary is spot-on and authentic, although the limited number of comments can get old. How many times can a man compare a fight to the first time he heard Ray Charles sing without it sounding dishonest or at least slightly annoying?

The standard controls have been totally replaced with the fight stick. Press the stick to a corner or side for jabs and crosses, up or down for body blows and head shots. Push triggers for blocks and dodges, the RB button for power punches. You can also push people off you, dodge, or throw haymakers. There’s even a signature move button that allows for particularly devastating blows. There are incentives for using all of these features, too. Your trainer awards points at the end of each round that you can spend to heal wounds and restore status.

Once you’re accustomed to all the new bells and whistles, you can enjoy the real meat of the game, Legacy Mode. Players can create their own boxer or choose to recreate the career of an existing boxer. Either choice makes Legacy Mode a blast. It covers all aspects of boxing from training on the bags to sparring matches and booking big fights. As your boxer gains fame and prestige he gets new gear, boxes in bigger venues, and trains at fancier gyms. 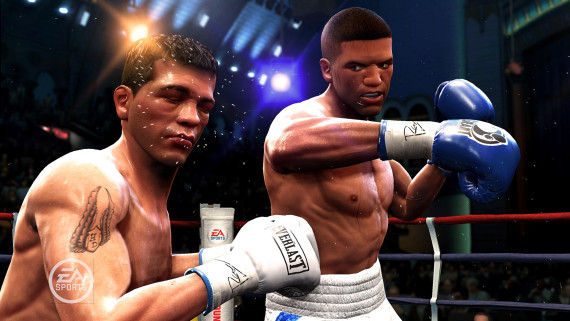 For boxing fans, there is not a better simulation experience on the market. With easy-to-pick-up controls and stunning graphics, Fight Night Round 4 is a fantastic experience with plenty of replay value and tons of unlockable content to keep any boxing fan busy for months.