Pinball Hall of Fame – The Williams Collection will come as a nice surprise for anyone who ever found themselves in a dark game hall back when you could still find pinball tables in them. Williams was arguably one of the most important pinball machine manufacturers, and it should come as no surprise that a game featuring their brand should have their tables. What is surprising is how well these classic tables have been recreated, both in their look and sound as well as in how fast they play and how they feel. Simply put, the game is the next best thing to being able to find one of these aging machines in the wild and is entertaining for pinball fans both young and old.

The game is centered around an arcade mode in the truest sense of the term, in which you can wander around a 3d arcade from machine to machine and opt to play one of the many pinball machines scattered among its main hall, upstairs, and back room. Tables such as Black Knight, Taxi, Arabian Nights, Pin*Bot, and Medieval Madness are among the 13 total tables you can play on. Each table plays almost exactly like their real-life counterpart, from trying to hit that forsaken middle ramp in Space Shuttle to wondering what the hell is going on at any given time in No Good Gofers. 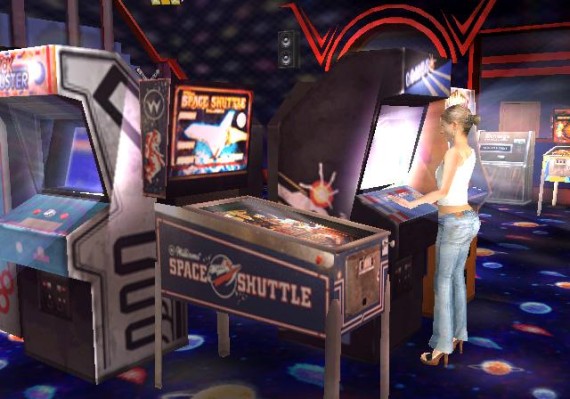 Every table has sets of goals that you can strive to achieve, usually in the form of getting a certain number of points or triggering certain aspects of the table such as multi-ball. For every goal that you hit on a table you will get a certain amount of tokens, which can be spent on tables to either play them if they are not one of the free to play tables at the start, or unlock free play for one of the tables. If you are worried about not having enough tokens to play tables themselves when you want to, don’t be. At any given time you will usually be making far too many tokens to ever worry about not being able to play any given table, and instead must worry about which table you will be unlocking for free play next.

Controlling any of the machines is a simple matter of either using the triggers or the shoulder buttons for your flippers, using the right stick for your plunger, and using the left stick to nudge the table in whatever direction you want. The simplicity of the controls belies the complexity in which they can be used, such as pulling the plunger back just far enough for a skill shot or nudging the table just enough to guide the ball down your ball return rather than losing it outright. The ball physics are about as spot on as any pinball game can be, and as it tackles ramps and ricochets around the table you rarely feel that the ball “should” have done something else rather than what the game has displayed. Even the feel of the tables themselves has been recreated, from slow tables such as Arabian Nights to fast ones such as Pin*Bot.

It doesn’t hurt matters that the game is displayed in high definition, allowing for you to really read the table and not obscure some of the lights and labels underneath a fuzz of unreadability. Different camera angles can be used, five full table views, five smart camera views, and four different plunger views for when you need to launch a ball. Each view essentially is the same general angles and vantage points just from different heights, though the smart camera views are usually what you will be using the most. The smart camera view follows the ball in such a way where not only can you always have a up-close view of what is going on but also never feels like it should be focusing on something else. 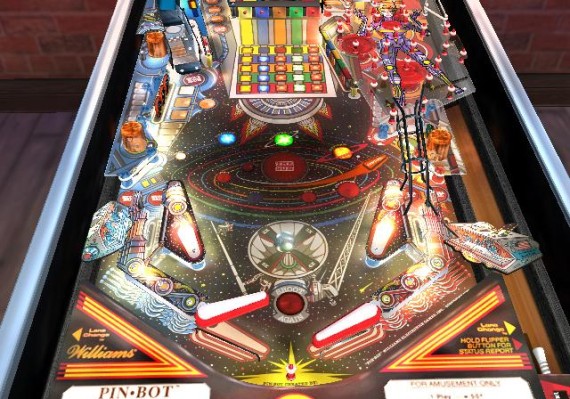 In essence, though nothing beats being in front of the actual machines and feeding in a quarter to square off with it, Pinball Hall of Fame – The Williams Collection is about as close as the video game medium allows for. The level of detail that each table has in the game is commendable, to the point that not only do they look as they should but more importantly how they play is also faithfully recreated. Pinball games may be hard to find now, but Pinball Hall of Fame – The Williams Collection is a great way for old pinball wizards to brush up on their favorites and budding ones to see what pinball was all about.