Sequel to quite possibly the best new IP from Sony this generation is Uncharted 2: Among Thieves, a game that carries Nathan Drake’s grave robbing antics even further. Having nearly escaped the curse of the last game, Drake has gone on another adventure to follow the trail of Marco Polo and discover the Cintamani Stone from a mythical city. But of course, nothing ever goes as planned for Drake, as he’s caught up in a psychopathic war criminal’s seek for power. There has been a lot of buzz around this game, offering a robust storyline, breathtaking visuals, and newly added multiplayer elements, but how did it turn out?

The core gameplay of Uncharted 2 is almost completely similar to the first game, with a couple new tweaks here and there. The shooting mechanics are basically the same as you can duck into cover, hang over a ledge, or just run and gun as you please. Hand-to-hand combat on the other hand has been greatly overhauled and focuses less on timing your attacks and more on timing your defensive skills. For the most part, unless the enemy has been damaged before you confront him, the fight will not be a one-sided brawl and the game will prompt you with the ability to counter his attack. This is a great improvement, making the fighting mechanic more accessible and enjoyable. 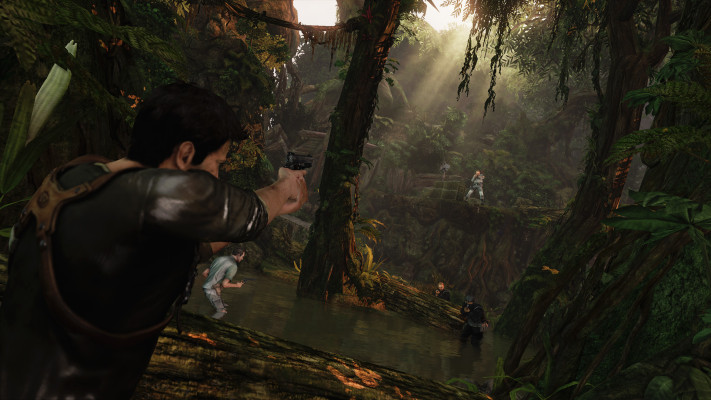 Stealth mechanics have been completely reworked. While the game focuses on the gunplay portion, you will be able to perform stealth takedowns on your opponents with a more expansive offering of techniques. For example, you can pull an opponent around a corner and put yourself back into cover to avoid gunfire, or simply grab him off the side of a cliff and throw him to his death (Sam Fisher style). The overall gameplay mechanics are a blessing, creating nothing but an exciting adventure from start to finish.

One of the very few issues I had with the gameplay is that because the animation is so fluent, there are times when Drake will stumble on his feet. This is fine here and there, but when you fall to your doom or for some reason grab onto something you don’t want to in the middle of a gunfight, it doesn’t usually end well. These don’t occur all that frequently, but they do become apparent during the puzzle solving areas of the game.

The presentation of Uncharted 2 is absolutely magnificent. As you can probably tell, this is a gorgeous game, offering quite possibly the best visuals on a console to date. This is followed up by the fluent and realistic animations of each character – more specifically Drake – and the beautifully rendered world around them. While the visual department is at an all time high, all three audio tracks (music, voice acting and sound effects) are absolutely captivating. Each character is captured perfectly by their voice actor and each music piece is orchestrated beautifully, complementing the moving scenes. The explosions – most especially in surround sound – will drop your jaw. Not only that, but during the course of the campaign, there are virtually no load times – with the exception of two when loading up the game. This will help immerse you within the context of the story and gameplay. 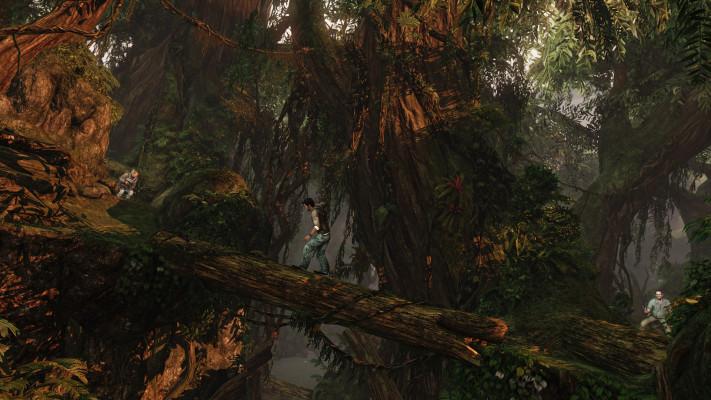 The campaign is fairly long, clocking in around 10 or so hours. The length of the campaign offers multiple locations Drake will travel to, and plenty of firefights. The pacing of the story can be a bit unbalanced at times, but it is told with Hollywood quality cinematics and intriguing plot twists (even though the majority of them are fairly predictable). There are two or more times when you are instructed to go out of your way and save someone, and in these cases, I completely forgot about the main story because the events that followed were more excitement than digging up a mystery, or digging up someone tomb. That isn’t to say the story is bad, but you can definitely get lost in the glamour and forget what you are there to do. With the exception of Drake, Elena and a bit of Sully, the cast of Uncharted 2 is filled with a new set of characters, most of which help drive the story to what it is. I do think Chole, the new sassy babe, gets less screen time than she deserves, but her part in the story is still significant enough that she won’t go unmissed.

Another component included is the multiplayer function. Here, players will be able to compete with up to nine other players, or work together with an additional two. Multiplayer is an exciting and a rewarding experience, perfectly transitioning the mechanics of the single-player into multiplayer. Similar to something like Call of Duty 4, you will gain levels by killing your opponents or completing tasks, which will allow you to unlock character skins, weapon modifications, and perks. There are a lot of modes to compete in, so expect to lose your sense of time. The cooperative multiplayer doesn’t exactly follow the campaign; instead, you will team up with two other players to complete various objectives in areas that were in the single-player portion. The cooperative mode is fun but quite difficult as waves and waves of enemies will find their way to you. Be prepared to be revived by your teammates quite a few times. With all that is said, if you’re not a big fan of multiplayer, Uncharted 2 certainly won’t change your mind on it. 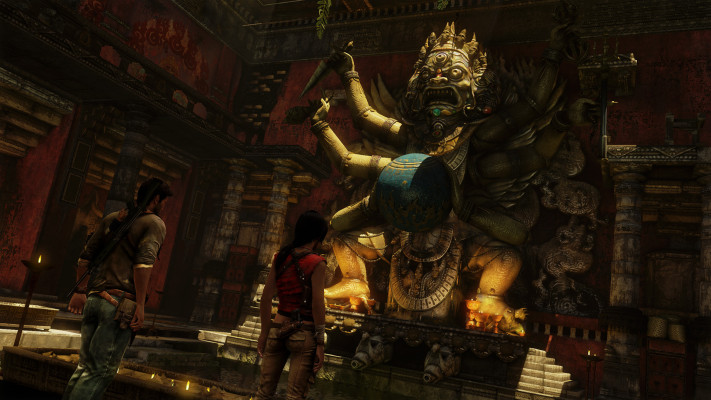 Uncharted 2: Among Thieves is one of the most polished, most intense and most entertaining pieces of software out on the market. Offering a gripping storyline, terrific multiplayer matches, and compelling co-operative modes, this is undoubtedly a package that should not go unnoticed by any Playstation 3 owner.