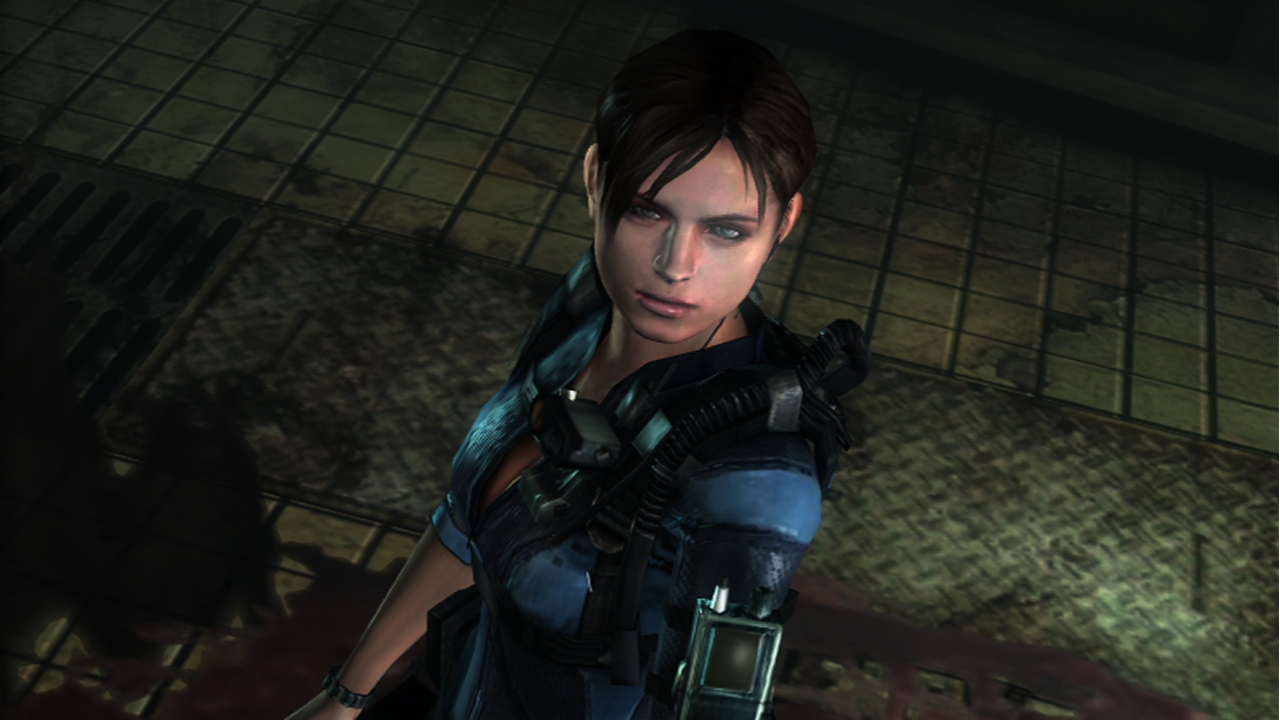 Resident Evil: The Mercenaries should have never existed. Instead of whetting our appetite for Resident Evil: Revelations, it alienated gamers expecting to get something more than a glorified tech demo. If Revelations didn’t live up to the hype, fallout from fans would’ve been catastrophic to the franchise. Luckily for Capcom, not only is Revelations a strong handheld entry, but also worthy enough for a spot in the pantheon of the main series.

Revelations concerns the aftermath of the fall of “Terragrigia”. A futuristic floating city, Terragrigia was designed to be environmentally conscience, being completely run by solar power. Soon after its completion, a bioterrorist group known as “II Veltro” attacked the city by releasing T-Abyss virus infected monsters to wreck havoc. It’s decided to destroy the city to eliminate the outbreak, leaving Terragrigia a floating wasteland. One year later, word gets out of Il Veltro’s possible reappearance aboard a luxury ocean-liner, the SS Queen Zenobia. Jill Valentine and Parker Luciani are sent to investigate. While onboard, things begin to unravel and Il Veltro may not be what it seems.

The story, bolstered by impressive voice acting, is surprisingly strong for a handheld title. Unfortunately, the way the game is structured makes the plot seem convoluted at times. Instead of simply playing through the game on the Queen Zenobia, you sometimes break to play as Keith or Chris as their stories simultaneously unfold. These levels are unnecessary, featuring disposable action sequences and plot points. The main game clearly wasn’t long enough, so these were added to stretch the experience. If the Queen Zenobia environment was larger and the side missions were expelled, Revelations would have been absolutely brilliant.

Revelations has returned the series to its survival-horror roots. Gone are the swarms of enemies to blast your way through. In Revelations, ammo and herb management is key; the best strategy sometimes being simply avoiding enemies. It’s very refreshing to play this way and the ghost ship setting is perfect for the fear and claustrophobia the game often evokes. Even though Revelations takes its cues from the classic titles, the game is played in the Resident Evil 4/5 camera-behind-the-back angle. Combining this style with the old conventions works brilliantly and is by far the best way to play Resident Evil.

A major new addition to the series is the Genesis Bio-Scanner. Much like Samus’ Scan Visor in Metroid Prime, the Genesis can be used to scan your surroundings for hidden items. Revelations can be difficult, but if you regularly scan for items, you should obtain enough to complete the game without too much trouble. It’s a nice addition that adds  some depth to the game.

Speaking of depth, Revelations is the best 3D experience on the console thus far. You can set how strong you want the 3D to appear in the main menu (I suggest normal or strong) and use the slider to make it as comfortable as possible. The 3D is never distracting and doesn’t seem to need a “sweet spot” as much as other titles. The experience is so seamless that I generally forgot I was playing in 3D and was simply sucked in by the gorgeous graphics.