Letting you switch between 2D and 3D to solve puzzles, Crush was a nice surprise on the PSP. It was innovative and certainly strange enough to warrant a cult following. When announced a follow-up would be released for 3DS, it seemed like a perfect fit. Unfortunately, though, instead of having a full retail release, the game was released on March 9th as a Gamestop Exclusive with no fanfare and a discounted $19.99 price.

It’s unfortunate that innovative games like this aren’t given a shot while generic shooters litter the marketplace. If you wanted the game, the good news is that you can have it at the discounted $19.99 price. Click here to order it or head out to a Gamestop. The bad news is that the cover art is awful. But hey, at least it’s not PSP Crush awful: 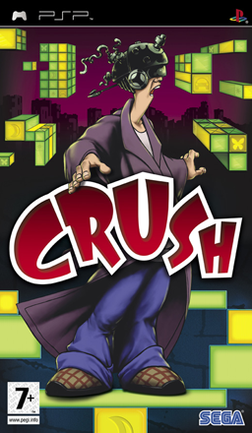