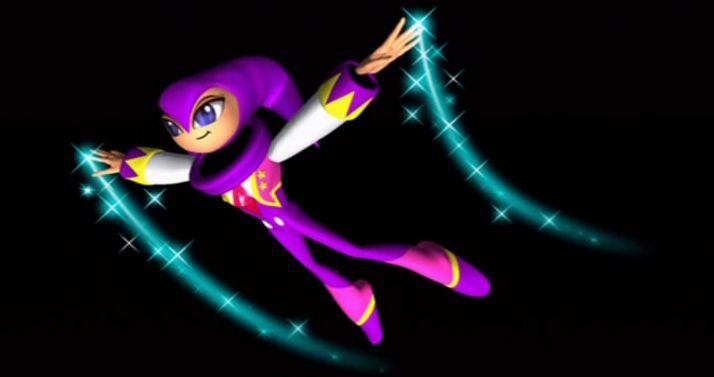 Originally released for the Saturn in the fall of ’96, Nights suffered from being on the Saturn and being kind of a strange game as well. Crash and Mario were relatively traditional platformers done in a new way, while Nights starred a weird creature that looked like a court jester in the Sonic series who spun around into loops and through hoops. Even though it received critical accliam, the game wasn’t quite what the Saturn needed to turn the system’s fortunes around, and the titular character was relegated to cameos.

After a decade of relative obscurity, Sega decided to remake the original Nights for the PS2. Oddly, it only saw release in Japan despite the game having a very small language barrier and the only other game in the series just getting released for the Wii in North America. Thankfully, it’s so well-done that it’s worth modding your PS2 to play. Not only is the original Saturn game included along with Christmas Nights (which still fetches a high price despite being a glorified demo), but both are remade with really solid graphics. One problem with 32 bit-era polygonal games is that they tend to have a very pixelated approach to them which doesn’t really allow them to age gracefully. 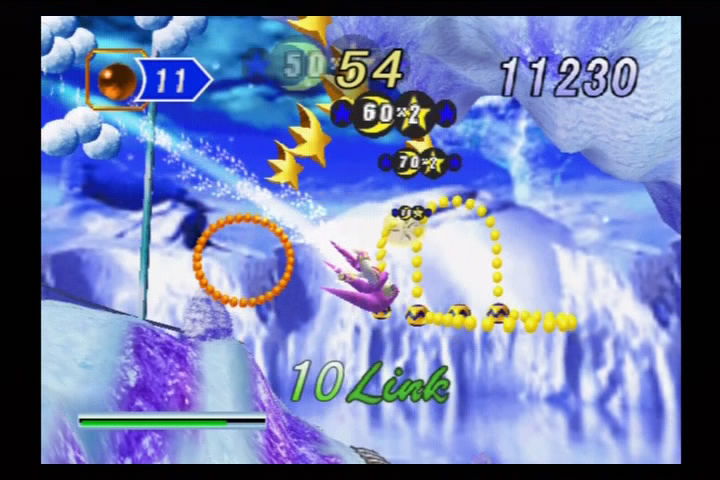 The PS2 remake is absolutely gorgeous with everything you knew could look better in the Saturn original, like the rich colors in the snow stage and rich skies in the mountain one, finally looking like you wanted them to. As a result, the original looks about on-par with the Wii sequel. Unlike a lot of HD “remakes”, this is truly a significant visual upgrade from the original. The only issue I have with the graphics at all is that there’s actually more pop-in here than in the Saturn game, resulting in some things coming out of absolutely nowhere. It’s not a huge issue, but it does stick out given how much work clearly went into it and yet something still wound up being worse than the original.

Thankfully, it’s the only area in which that is true. The controls are more responsive with the Dual Shock 2 than they ever were on the Saturn, including with the 3D control pad. Nights moves exactly where you want with the left stick, and while those used to the original Saturn control methods will have to get used to playing it on a different controller, the learning curve is slight and it won’t take more than a couple of stages for you to get used to things again. The soundtrack hasn’t been touched, which I consider a good thing given how whimsical it is. It’s impossible to play that game and not be happy because the music is so jovial. 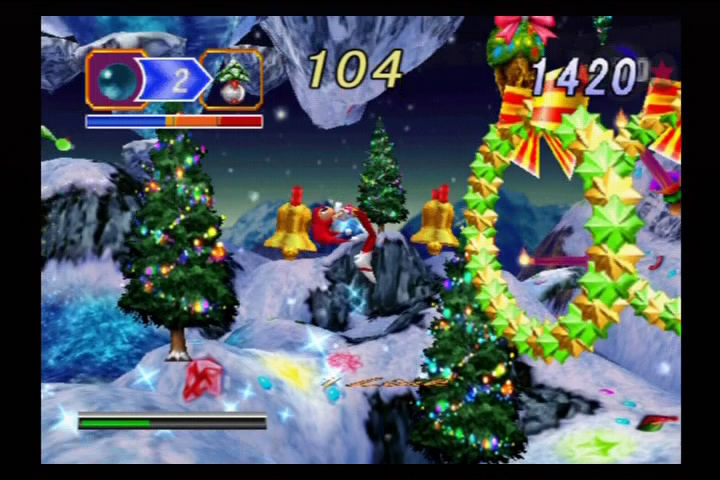 That’s even more true in Christmas Nights when you’ve got classics like Jingle Bells playing during the game. The addition of the holiday-themed demo is one of the greatest strengths of the overall package. For years, I wondered just what this was going to be like – then I got to experience it and I was blown away. Sega didn’t just replace the regular grass with snow and give everything red and green trim – they completely redid the graphics to fit the theme. The rings Nights flies through in each stage have gone from being constructed of spheres to being made to look like wreaths, and even enemies have been given a makeover. Nights himself looks pretty awesome in his red and white garb as well. 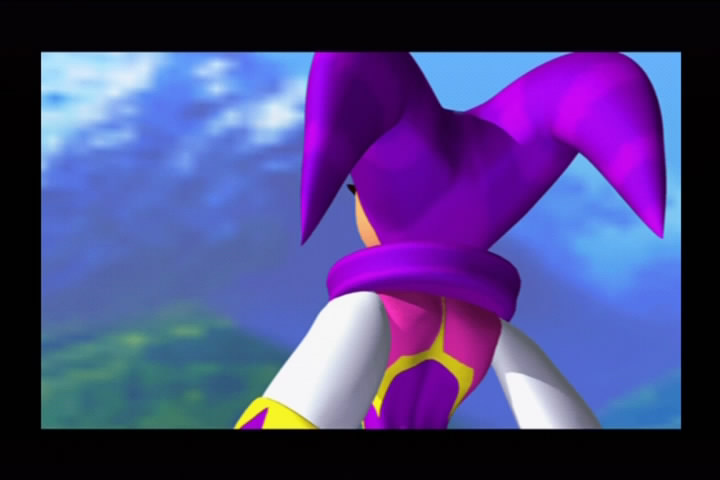 Beyond giving you both a completely remade version of Nights and Christmas Nights as well as the originals, there’s a pretty sweet art gallery showcasing the characters and the bosses that has a ton of interesting art for series fans. Despite packing a lot of high-quality content onto a disc, this game won’t cost you much – it presently goes for about $40 on ebay complete. That may sound like a lot for a PS2 game, but given that Christmas Nights alone can cost you that, it’s a bargain.