While perusing Target’s electronic aisle end caps for deals today, I was shocked by what appeared: Rayman Origins for $14.98.

As you can see in the picture I snapped below, Target took every single copy of Origins and slapped a clearance sticker on it. I realize all games eventually go on clearance, regardless of quality, but generally when Target clearances something they are discontinuing it and any future stock.

Rayman Origins came out just five months ago and was reduced to $39.99 only a month later. Soon after, $29.99. Now it’s less than 15 bucks. No platinum/greatest hits treatment, just bargain bin banishment.

It hurts to see such an incredible game being subjected to the clearance pile as people pick up the latest generic shooter they’ve played a hundred times before. When people turn their back on creative game like this, where’s the incentive for developers to keep funding them? 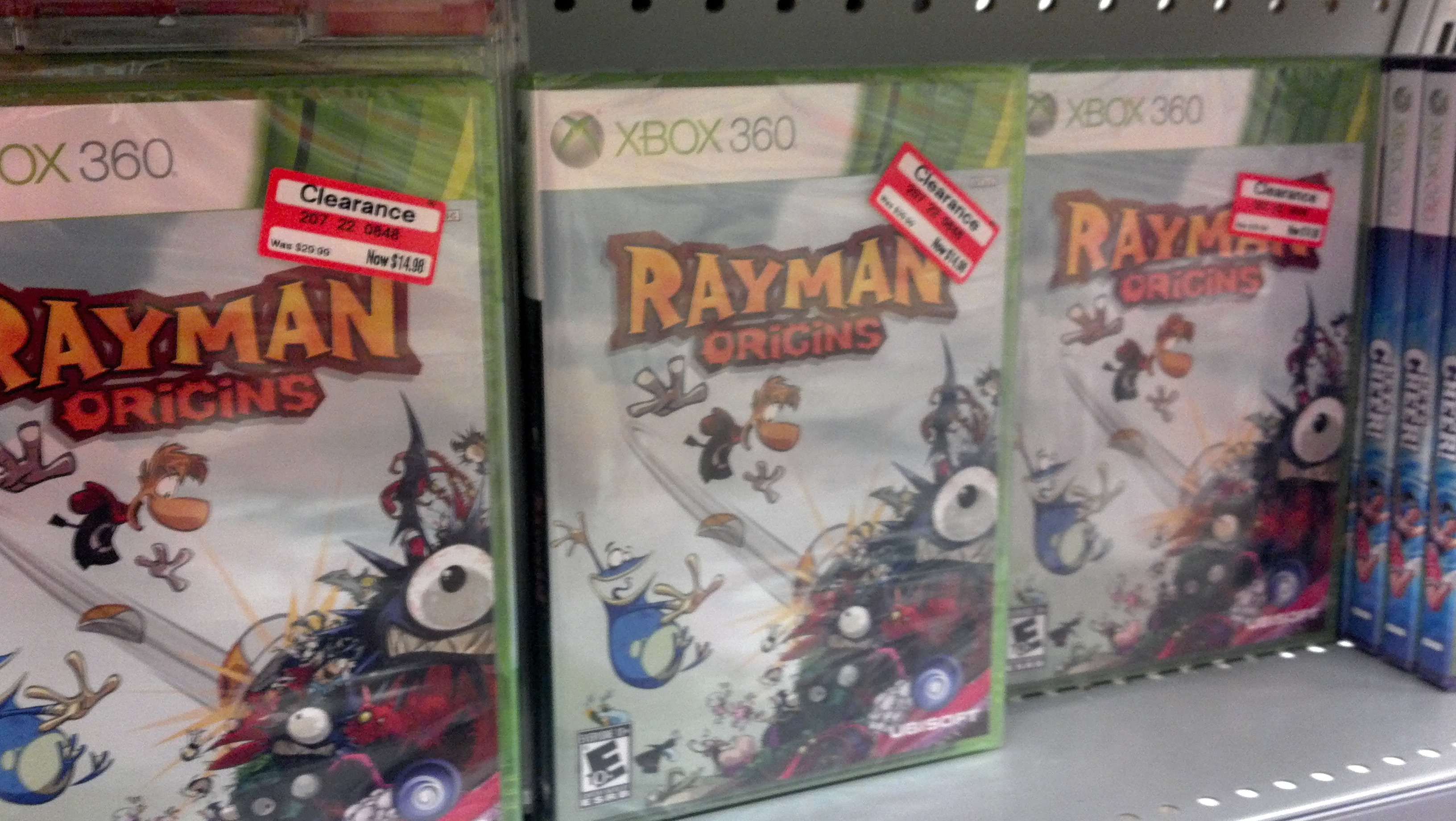