Let’s face it; the smell of fresh air is overrated. Life is all about exhaust fumes and freshly kicked up dirt. Enter Trials Evolution, RedLynx’s follow-up to their wildly successful 2009 Xbox Live Arcade release. A game where the old wisdom “if it ain’t broke, don’t fix it” is firmly in place, Evolution is certainly a proper title to go with the Trials name, but will it be enough to bring back the millions of players who made the series so successful?

The gameplay has come unscathed from previous Trials iterations. You ride your sick dirt bike through the various courses to see how long it takes you to complete, along with how many falters you’ve succumb to. It’s all about knowing how to lean your bike in different positions and when to boost or let off the gas when going off a jump. Shaving those valuable few seconds, or even milliseconds, off your time and avoiding faults will grant you higher medals. The more medals you obtain, the more gear and stages you open up. It’s a really addicting way to keep you coming back for more, not to mention the leaderboard that constantly provokes you with your friends’ shadows during a race.

The biggest change is the environments. If you’ve played a Trials game before, you know most of backgrounds were mainly made up of wood and steel platforms and focused on industrial locations. RedLynx has expanded well past that, offering some visually astounding backgrounds with lots of flair and a variety of colors. What’s more, each stage comes with an elaborate conclusion upon crossing the finish line that impatient people will sadly skip. Regardless, it’s always entertaining to watch your rider be blown up or sent to the moon in a very comical manner. 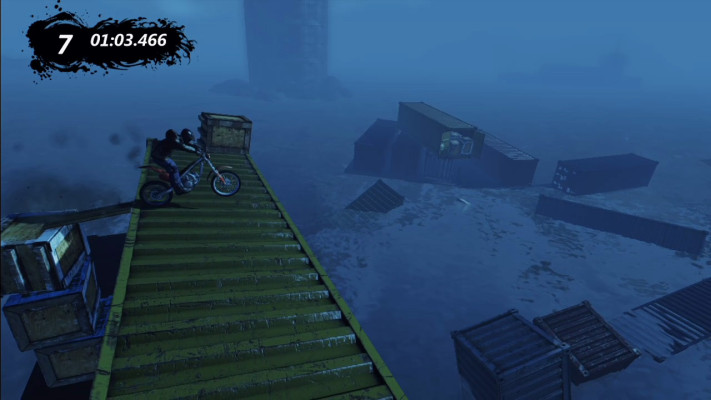 The core mechanics have always felt satisfying, rarely making you feel cheated. When you plant your face into the ground, it’s usually because of the slightest action you’ve done that caused it. Because it’s a game about getting the best score possible, you will constantly be hitting the back button to restart the entire race, and it transitions nicely. I wish the mini-game challenges allowed you to restart when you bailed without having to go through the countdown phase, however. While seemingly trivial, it interrupts the flow of the game. You know you’re ready to get out there, yet every time you bail you essentially have to wait an extra three seconds before starting again – and you will bail a lot.

An improved addition Evolution has over its predecessors is the tutorial section. As you progress through the different tiers of difficulties, you will be forced to take license tests to ensure you know what you’re doing. While not as advanced as something like Gran Turismo is, they help you understand how to accomplish certain tasks appearing in the next set of tracks. RedLynx does a fantastic job helping the player understand the mechanics and abilities they have at their disposal instead of simply putting imagery in the background and hoping you don’t speed by it.

While limited, Evolution also features dirt bike customization. There are only two different types of artwork you can slap onto your bike and very few options when it comes to bike modifications such as alternative rims or hand guards. While there are only a few different bikes to ride this time, it’s for the best as micro-managing what vehicle to use on what stage was a bit of a hassle last time. Your rider, on the other hand, has a larger arsenal of gear to equip, offering over twenty different helmets and hundreds of clothing combinations. This definitely helps with the online competition portion as you can customize your rider to your liking. It’s too bad we haven’t got females riders yet, though. 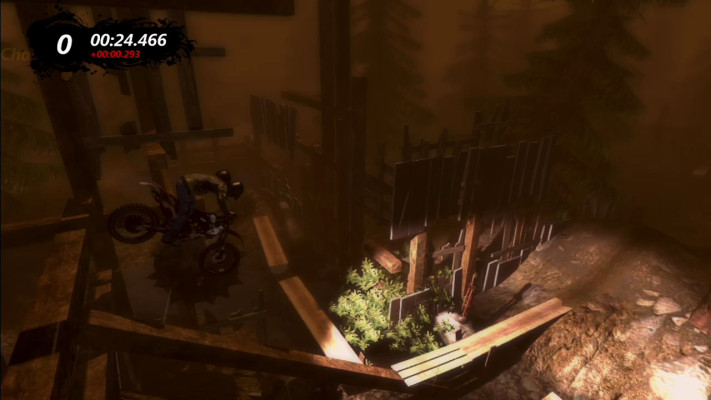 Making its return in Evolution is the ability to create your own race track full of insane obstacles and share them with the world. The editor itself is meant for the more hardcore of players and ones with a lot of creativity and patience. I didn’t find the editor all that easy to use, even the mode specifically built for rookies. The camera work and selection tools are sensibly controlled through the two thumb sticks, but there is a significant learning curve to this mode that may throw off most users. Ironically, it’s more difficult to maneuver through the giant 3D world given to you here than the static left to right track you got in Trials HD. Although difficult to use the editor, its online component is one of the best, allowing players to upload and download user generated content (and there is a lot of good stuff out there). Hell, this is pretty much the Littlebigplanet of Xbox Live Arcade as you can create your own little game that is not necessarily built around dirt bikes.

New to Evolution is online competition, allowing four players to compete against each other. This is a fantastic mode that takes into account your placement in the race and the number of faults you’ve accumulated, adding them all up to your overall score as you progress through the various tracks. I would have liked to see a stronger variety of online only tracks, because racing against active shadows is not as entertaining as the real in-game avatars, but what we get is satisfactory and using the single-player maps allows for some well deserved offline practice. 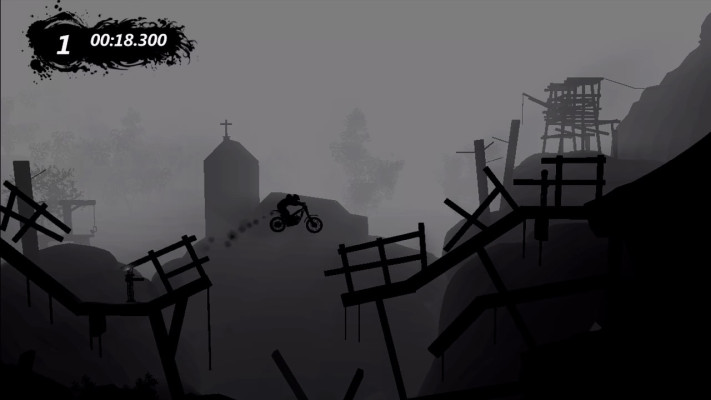 Closing Comments
Trials Evolution is an absolutely shining addition to the franchise, if not the best. The biggest and most prominent “evolution” is the environments offering a much wider focus than just industrial work locations. While the gameplay has largely stayed the same, there was nothing wrong with it in the first place. It was, and still is, an addicting sense of enjoyment that is hard to describe. With nearly 70 different race events, many whacky challenges and a time consuming online mode, Trials Evolution will leave you more than satisfied for a long time. If there is one game someone could play for years on end, Trials Evolution is it.