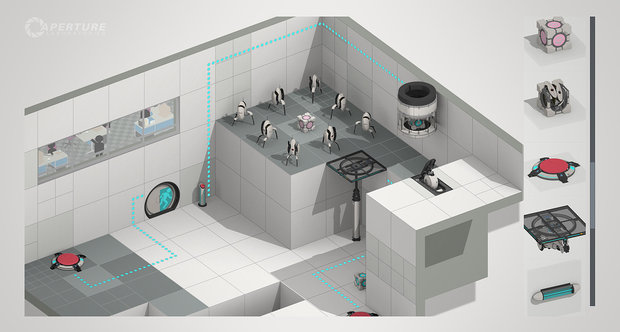 It’s been over a year since Portal 2 released so here’s a quick refresher: it was the game with the Stephen Merchant robot and that jerk-turret.

Up to speed? Good. Valve has announced they are releasing new Portal 2 DLC, titled “Perpetual Testing Initiative”, on May 8th for PC and Mac. This is no normal DLC, though. It will allow players to create, share and play Portal 2 puzzles.