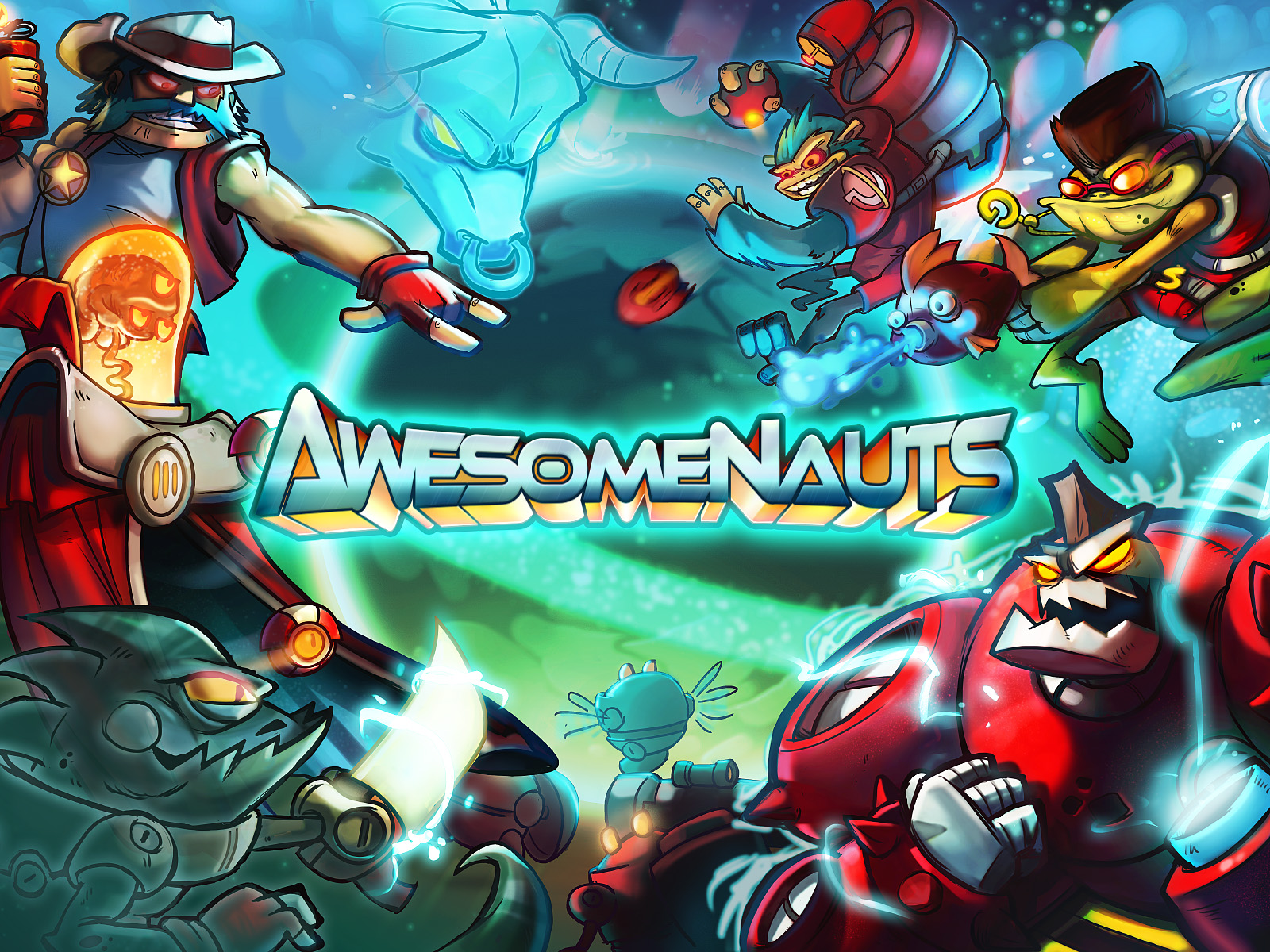 After pre-release drama had interested players concerned about whether or not the game would be released on time, Awesomenauts has hit PSN and XBLA and delivers a really fun and addictive multi-player action-platforming experience.

You might be wondering just how you make a game that on the surface looks a bit like Metal Slug and turn it into a multi-player game. The answer comes from making it a tower defense game with action-platforming at its core. You’ve got a variety of characters to choose from, including a sword specialist that reminded me a bit of Strider Hiryu, and a run and gun cowboy that will not only remind you of countless Western films, but also the Metal Slug gameplay style as well. The goal is to rack up as many enemy kills as possible while defending your four turrets and most importantly, your home base. You can have all of your turrets destroyed and still win, but your odds of victory are greatly reduced because your super-powerful turrets are out of action and they can saw through rivals within seconds. 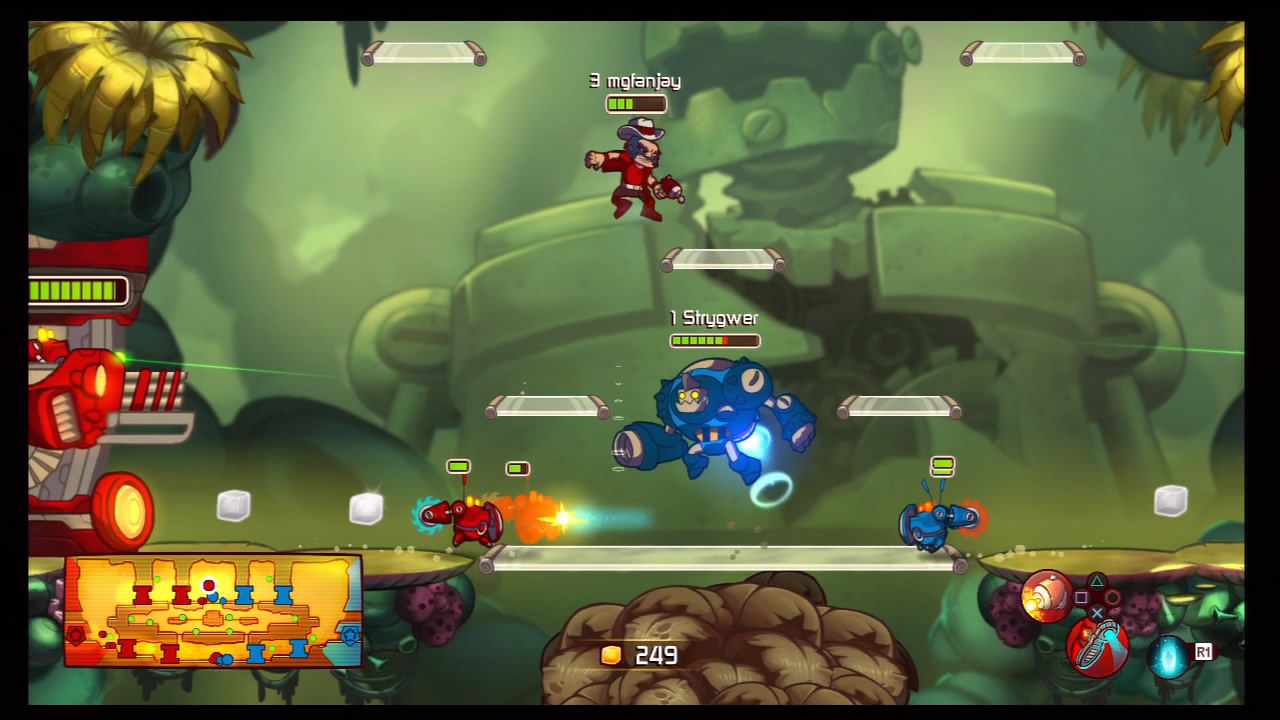 The key to surviving the turrets is to wait until your little robotic shield characters come up and give you a handful of seconds to attack until they’re killed either by the turret or the folks protecting it. If you do this properly, you should be able to at least take a bar off its massive health gauge while also destroying some underlings. Doing that will net you money to use in the store for upgrades. Sometimes, the upgrades give you the usual increases in health, ammo, and damage. Then there are the kind that give you things like a more damaging tongue attack and unleash LARGE BULLS at your opponent. I’m not usually a fan of tower defense games, but Autonauts manages to make it really fun for me. The light-hearted tone definitely helps, and the heavy emphasis on action and platforming makes it far more exciting than something that is usually menu-driven.There’s a real sense of excitement during one-on-one showdowns too, where it’s just you against someone else for control of whatever. It could just be one small part of the screen, BUT IT HAS TO BE YOURS and you WILL destroy your rival to make it so.

That kind of mentality creeps its way into the matches as well. It’s easy to start, intend to just do a single game that’ll take about 15-20 minutes, and then find yourself playing for hours, having snagged a lot of cash, unlocked a slew of new weapons, stages, and maybe even some new characters with all of your XP. I love that while this is definitely a game you’ll want to play online, you don’t have to. The offline “practice” mode with bots is still a lot of fun, and does let you master the gameplay before heading online. Failing to make use of it will result in quite the ass-kicking at first since you do have to come into each game with at least some idea of what you’re doing and how to make the best use of your character’s unique skills on the loadout screen. With each character playing differently, it’s great that the developers made the platforming and attack controls as responsive as they are – had they not been, the whole experience would’ve been ruined. 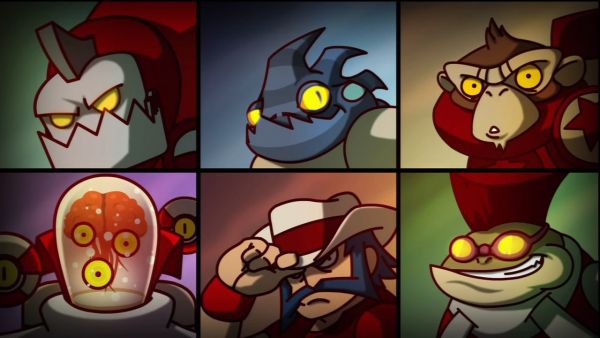 The game’s sense of humor is definitely on the absurd side, which works well here. Everything is just the right amount of wacky, with a bit of a serious Saturday morning cartoon vibe going on. The graphics as a whole are really bright and vibrant, and the animation is pretty smooth too. I love how different each character feels just due to their animation differences with things like running because it gives them a bit more personality. The music keeps with the light-hearted tone of things is catchy, but not stuff you’ll likely remember outside of the main theme, which might be stuck in your head after playing. It doesn’t quite have the addictive quality of the “Brad” song from Comic Jumper, but it’s up there.

At 800 MS points, $10 on PSN (or free for PS+ members for a limited time), Awesomenauts delivers an incredibly addictive game with few real faults. The style of gameplay might not be for everyone, but it’s definitely worth trying out for anyone who likes either action-platformers or tower defense. It’s a great blend of both genres, and succeeds at delivering a console-centric slant on a genre that usually dominates on the PC.