The Bleemcast! project was certainly an interesting one, but trying to bring a full-fledged PSOne emulator to the DC was too lofty a goal. The proposed hope of having 400 DC-compatible PSOne games shrank down to just three – Metal Gear Solid, Gran Turismo, and Tekken 3. While I don’t have the first two, I do have the Bleemcast disc for Tekken 3, and despite having it for many years, I never got around to actually trying it out. I’m not entirely sure why – it must’ve just been something that slipped between the cracks. Maybe I bought the bleemcast disc, but didn’t remember loaning the game out or something. Either way, it’s 2012 and we’re getting ready for some more Dreamcast coverage. With Tekken 3 on the PlayStation!

The first thing I noticed when looking at the casing was just how ballsy the creators were with their disclaimer. It was great – they stuck to the law while sticking it to the law in a sense as well. The writing in the menus is also pretty casual as well, which I loved. They’re up front with oddities to expect from the graphics and even give you a bit of information as to why it happens. All you have to do to get Tekken 3 running on your DC is put the Bleemcast disc in, wait for a prompt, open the tray, pop in Tekken 3 and hit Start. 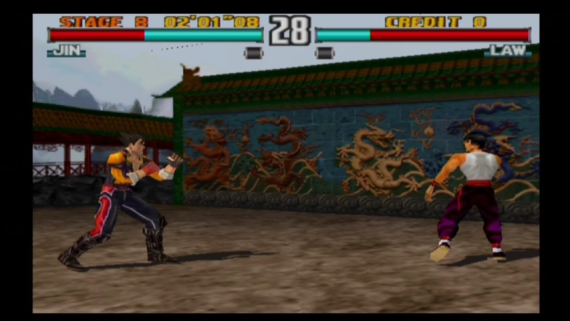 Once you do that, you’ll be treated to an epic CGI intro that in some ways has aged well, although it doesn’t appear to have been improved in any way.The big visual increase is for everything else. The character models have more detail and the backgrounds look incredibly sharp. I was blown away seeing how crisp all the text was after years of it looking all blocky. The kind of text where you could tell what it was supposed to look like, but the hardware just wasn’t capable of showing you. All of them benefited from the Dreamcast upgrade, but the highlights for me were Paul and Lei’s stages. Lei’s isn’t my favorite background, but it has a lot of stuff in it and all of that stuff looks really good now. Xiaoyu’s carnival stage looks great too. Of course, there aren’t any animation upgrades, but the increase in polygon count for the character models alone is kind of amazing. It takes the game from being “just” an incredible-looking PSOne game to almost looking as good as Tekken Tag Tournament.

The Dreamcast’s controller was one concern I had about this and it winds up working out pretty well. Having four face buttons definitely helps the transition, but the DC’s d-pad isn’t as comfortable to use and can wear out your thumb faster. I liked using the triggers as the select button – that’s a great little workaround for the DC’s controller somehow having fewer buttons than the 6-button Genesis or Saturn pads. That reminds me, there’s also a little Bleem! logo on the VMU which is a nice touch and it’s worth noting that each Bleem! disc takes up its own separate VMU if you want to save data. So either snag a handful on ebay or try and find an official 4-in-1 if you want to get all of the Bleem! discs. 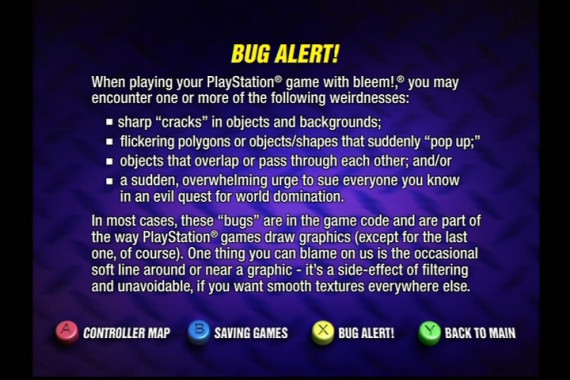 It’s a shame the Bleemcast! project didn’t get past the extremely limited selection it has, although it is pretty amazing to think that at one point, you could just go into a game store and pick up a disc legally that allowed you to play a PSOne game on a competing system.  Surprisingly, the Tekken 3 Bleemcast disc isn’t all that expensive despite its limited release. A new copy goes for about $15 on ebay, and you could certainly spend more on worse things involving Tekken. Like the movies. Try and avoid those unless they’re just thrown into some random Tekken anniversary bundle. If you love Tekken 3 and have a spare VMU, I’d say it’s worth the money if you get a kick out of the novelty value of it. Realistically though, for most people, just playing it smoothed out on a PS2 or PS3 will suffice.