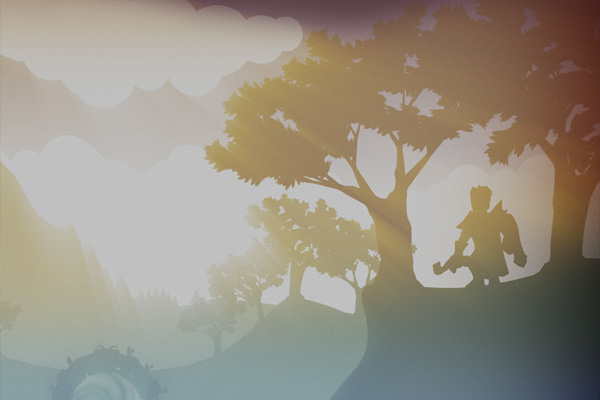 When did Playstation Network became the breeding ground for lengthy strategy role playing games? Record of Agarest War was arguably the first, but it wasn’t as reasonably priced as the game we have here today: Rainbow Moon. It’s surprising to see SideQuest Studios, best known for their shoot’em development skills on the Söldner-X franchise, work on a sizable adventurous game. Regardless, it seems as if it has paid off as Rainbow Moon is nothing short of great, offering fun addicting gameplay with a lengthy story to boot.

Let me say first off that this game is an insane value. We’ve come to expect two to five hours with most “small” downloadable games, maybe a couple more, for completion, but Rainbow Moon shoots for the stars, offering more than anyone would expect. You can sink between thirty and forty hours and still not see the finish line, and depending if you want to accomplish everything in the game, you’re looking at something that rivals most big retail RPGs. This is a long and fruitful game that is just beaming of adventure and mystery. 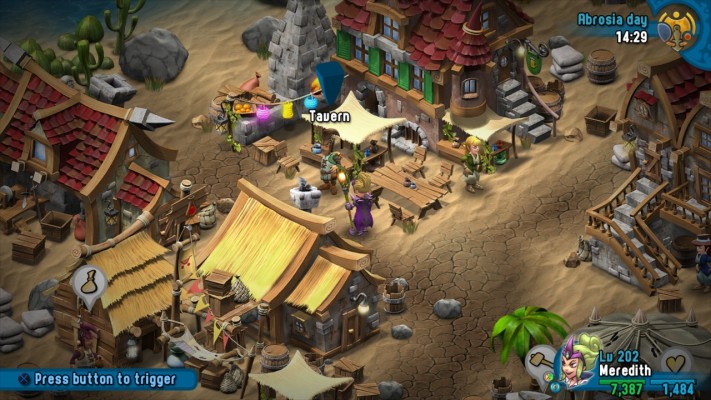 Those familiar with games such as Disgaea or Final Fantasy Tactics will have a decent understanding of what the battle system is like. The big advantage this has over most strategy RPGs is that the world is open for exploration, and you can find yourself spending hours traversing into more restricted locations. It’s somewhat reminiscent of The Legend of Zelda in the sense that players are limited to certain parts of the world until they receive a specific item that will knock down a tree or break a stone. The game has a good pace that never over frustrates you or throws you up against an enemy that requires hours of grinding. Hell, even if that occurs, the only penalty when a battle is lost is that the main character will reappear right where you left off, but with one health. Towns and cities are plentiful and grow in size as the story makes its way forward, adding new unique NPCs and shops. It’s an open and luscious world that you can get lost in.

Initiating combat is something special that should be done more often in games. Instead of choosing between random battles and the enemy-on-screen approach, SideQuest Studios developed a system to allow the best of both worlds. While there are enemies running around on screen that you can challenge, sometimes a screen will randomly appear that gives you the option to enter a battle. It’s a nifty way to hand out combat scenarios, allowing players to carefully  pick battles in the dangerous world.

Combat mode operates on a grid territory where you will move square by square. Based on their level and class, characters can only perform an action a certain amount of times before ending the turn. It’s a good balance of determining where and how many times to move, and when to attack. It’s about tactically using the action points in order to effectively deal out the most amount of damage while receiving the least amount of wounds. Some of the controls in combat can be a bit weird, leading to multiple occurrences where an action is selected, such as move or attack, but the game decides a direction on its own without a button being pressed. Other than that, though, the controls are easy to learn and combat will breeze through quicker than ever. 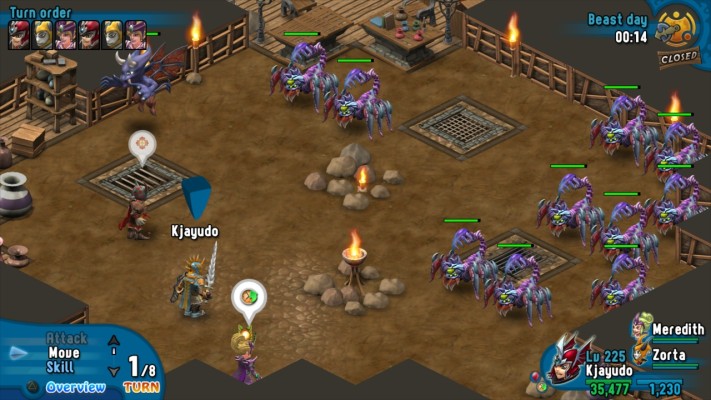 Unfortunately, while the combat is something to praise, the tale isn’t. The story is pretty non-existent, which is a real shame considering there are a couple interesting characters you could really connect to. The few supporting cast members that are available through your adventure have a couple words to say when you meet them, but after that, you rarely hear a peep. They may as well have just been absorbed into the main character and spit out when a battle arises. The story is basically that you’re pushed into a device that transports you to this new and scary world filled with monsters. Now it’s up to you to reopen that teleporter and find your way home, but of course it’s never that simple, as you will have to help the many inhabitants of the world with their own problems to receive their aid. These involve finding a certain item, which is generally hidden behind a difficult encounter, or defeating a group of enemies.

While the story is pretty disappointing, at least the narration and guidance of skills help the game feel fresh all the way through. SideQuest Studios has done a great job in constantly introducing new abilities and things to do, making sure that your adventure is never flat. These include introducing new members to the party, such as mages and archers, or adding new effects during combat, such as being bound to a specific spot or being poisoned. It never feels as if the game is holding anything back, rather that it will eventually be accessible. 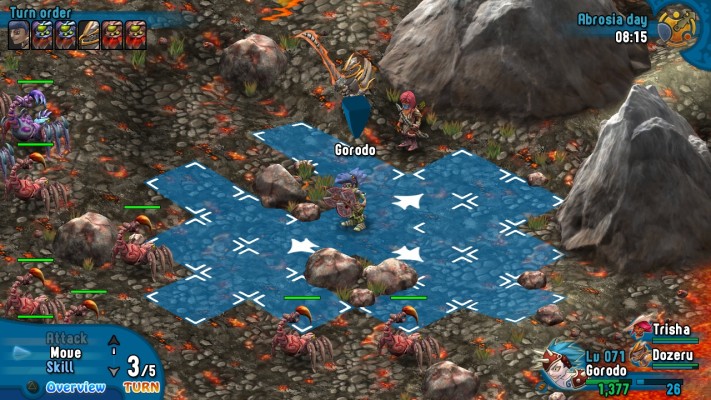 Rainbow Moon has an astonishing amount of content packed in for a $15 game. It will take hours upon hours to get through and the constantly evolving combat keeps it relevant. It’s a mix of what we love in strategy role playing games with a hint of dungeon crawling to top it off. It’s a shame that the story is pretty much invisible and the controls can be a bit wonky at times, but that can be mostly overlooked with the solid gameplay mechanics.  If you’re a fan of old school RPGs and have a couple bucks (and hours) to spare, Rainbow Moon is an investment that should be sought out.