The point-and-click adventure genre is far from dead as Wadjet Eye Games continues to produce some of the best story-gripping titles on the digital storefront. Here comes another new entry into the company’s catalogue of great games, offering thoughtful puzzles and a story like no other. Click your way through four main characters whose stories collide into one grand epic as Resonance leaves an impression like nothing before. But is a well told story enough to make a worthy game?

As mentioned before, Resonance is a point-and-click adventure that circulates around the concept of switching between four main characters at any given time. By doing this, stories will mold together and puzzle solving becomes even more layered. The system works reasonable well as each character holds unique items, while everything else is easily tradable amongst the party. With this, situations are placed so that swapping items is a decent chunk of the gameplay and can be used tactically, such as when only one character is able to access a room. I would have liked the ability to cancel out an action or speed up the walk animation when you click on a point-of-interest, as there is no getting out of it until the character interacts with it. Thankfully, this is a trivial thing that didn’t become too much of a bother. 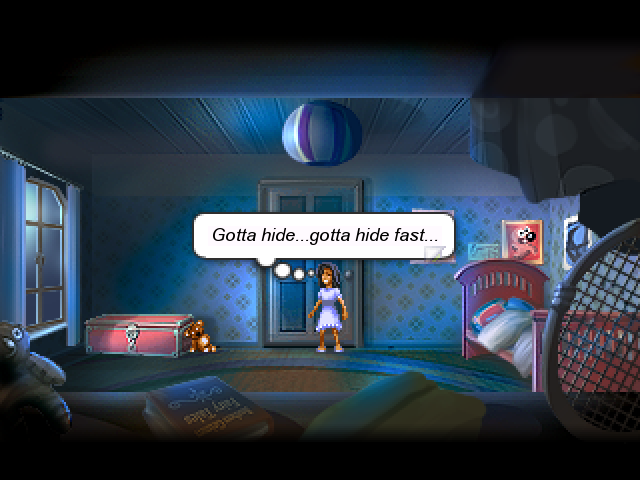 What makes Resonance far from your standard adventure game is that there are three different types of interactions: long-term memory, short-term memory, and items. This makes things a whole lot more interesting as it’s not just about having a certain item in your inventory; it’s about bringing up specific events or ideas in the world that you’ve come to remember. It never hits you that the clock in the center of the room needs to be stored as a short-term memory item. It takes a little while to get used to the system, but it builds up nicely so you’re able to connect the dots much smoother in the future.

The story in Resonance is one of a kind. While most point-and-click adventures rely on their puzzle solving and storytelling abilities, Resonance stands out in the small sea of games. Even through the most trivial moments, there’s always some piece of story attached to what’s happening. The men and women at Wadjet Eye have done an absolutely stunning job creating back story for each character, so much so you feel more connected with them as you move forward. There were a couple times through the story when something groundbreaking occurred and a twist was revealed where I couldn’t help myself but shout out an expletive in the midst of awe. It invokes so many different emotions: being scared, happy, confused and stunned are the main benefactors and are done perfectly. It’s also darker than it seems, with a story involving terrorism, murder, betrayal, mystery, symbolism and much more. The game has it all.

The only real gripe with Resonance is the lack of direction at certain parts of the game. Figuring out what to do next is a part of any adventure game, but there were times where I spent an hour or more just looking for one little blip on the screen. Thankfully, there were only a few occurrences that initiated frustration, but it still became a lump in my side. It definitely didn’t help that the assistance system, when asking a member of your group what to do next, isn’t all that great most of the time. 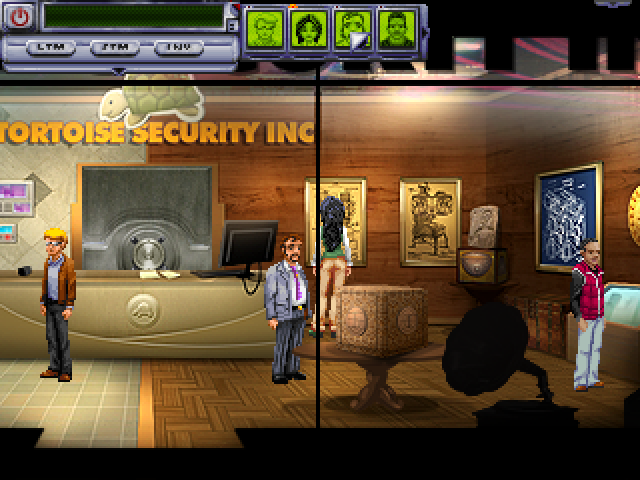 Resonance is a one-of-a-kind game with a storyline that will have you enthralled and involved. You will actually care about characters and won’t see twists coming until it’s too late. I don’t know how Wadjet Eye is able to pump out these visceral and emotional stories, but they continue to impress. Depending on your puzzle solving abilities, you can sink upwards of ten hours into this sprite-based venture, delivering some of the longest-lasting story moments in any game. If you’re at all a fan of old-school adventure titles or impactful storylines, don’t miss Resonance.