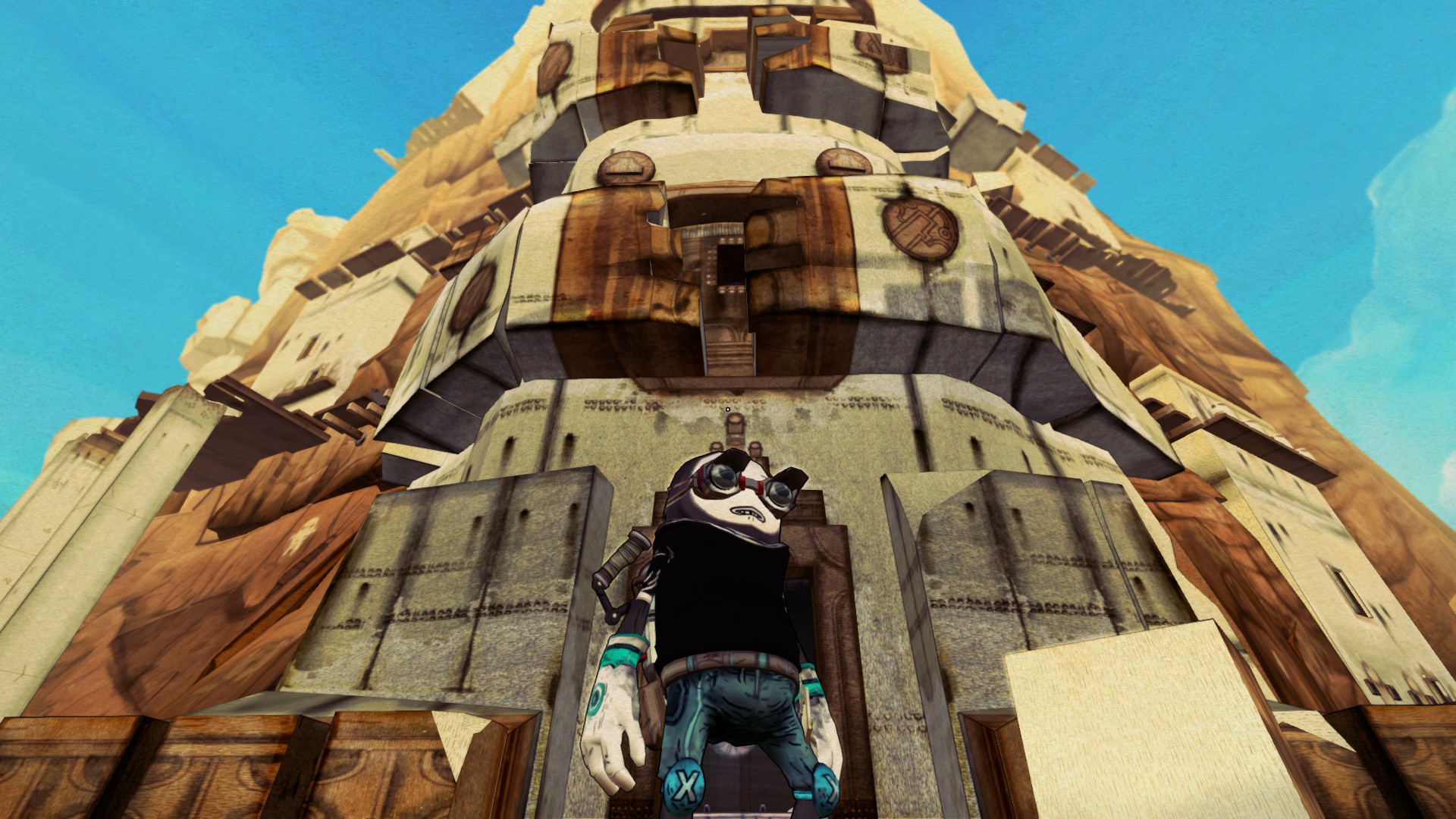 Let’s just get this out of the way up front — The plot of Tiny & Big in Grandpa’s Leftovers is about two brothers fighting for possession of their grandfather’s legacy, which is a pair of y-front underwear granting the wearer enormous powers. Why the underwear is always used as a hat is anyone’s guess, but it somehow fits the off-kilter world and alternative-comic art style of the game. After a while it seems almost normal to see underwear iconography scattered throughout every level, as Tiny chases after Big in order to retrieve the mystical pair his brother is wearing on his head. 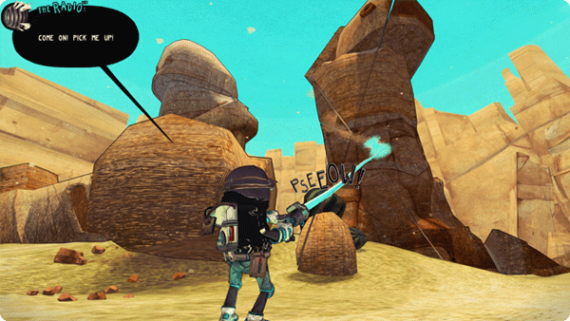 Once you get used to Tiny & Big’s atmosphere, though, it stands revealed as a really clever and fun third-person puzzle game, very similar to Portal in its focus on using a limited set of tools to get through the levels. Tiny has three primary tools, a generous jump, and the ability to push things around. The main tool, used to cause the most mayhem, is a cutting laser that can slice a surprisingly large percentage of the world. See a rock too high to jump on? Slice it at an angle to make a ramp. Gap too wide to jump? Maybe cutting an overhead beam so it falls just right to use as a bridge would work.

Not everything falls when cut, however, and that’s where the other two tools come in handy. The grapple is useful for pulling things, and the rocket for pushing. When used together properly, Tiny & Big becomes a physics-based platformer where you can carve out your own path, and usually decimate the desert ruins the levels take place in on the way. It’s just ridiculously satisfying to carve up a giant doorway across a pit, and then use the grappling hook to pull the door forward so it falls perfectly to become a bridge. Or even carving the stone facade off a giant pyramid to reveal the indestructible black material with blue etchings underneath, simply for the obsessive-compulsive fun of it. There’s secrets to be found, after all, and they won’t be turned up by being timid. Besides, if you don’t like the results you can just jump off a handy cliff to reset back to the last checkpoint, which will usually be fairly close by. 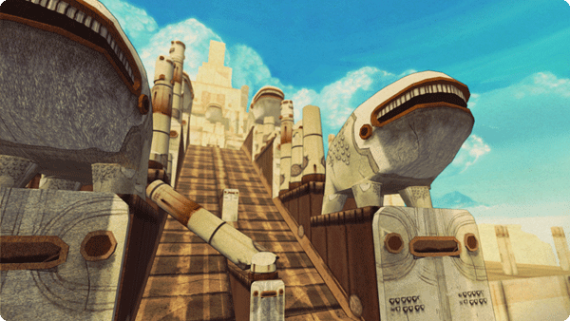 Tiny & Big is a quirky, bizarre, and genuinely clever puzzle platformer, with a unique style complemented by a perfect soundtrack. There are hidden goodies in tricky places, from mini-games to new background music, and the central gameplay mechanic is strong enough that it’s fun to dip back into the levels just to explore and see how else you can destroy things and use the remains to your advantage. The tools are simple, but provide enough flexibility that there’s usually a couple of ways to progress, so long as you’re careful of being smushed by falling debris. There’s a lot of play value buried in what’s technically a fairly short game, and it encourages experimentation with every replay. Basically, Tiny & Big is exactly the kind of game you hope to find when looking to see what crazy-awesome ideas the indie gaming scene has come up with lately.

Now if only there was an explanation for all that underwear…