Ah, sports. Whether you care for them or not, the fact remains that there have never been better opportunities for humans to fight for the right to claim total supremacy than in our friendly ball-based competitions. Unless you count wars, but they rarely use balls anymore. 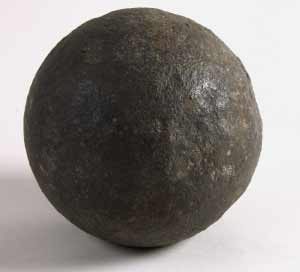 Cannonball, bowlingball… we ain’t so different.

There is, of course, a price to pay when competing in sports. Namely, you have to actually train your body, which takes up a lot of time and causes a lot of soreness and sweat. Most humans lack the motivation to level up their bodies to such degrees, especially since we no longer have to mount each other to show our dominance (except in MMA fighting).

We gamers, however, do have one major advantage: we can virtually play basically every sport in existence without the risk of routine soreness, or perseverance, or having to learn what teamwork means. This is because we have Developers – people who dedicate their lives to helping us become sports stars without actually having to become sports stars. 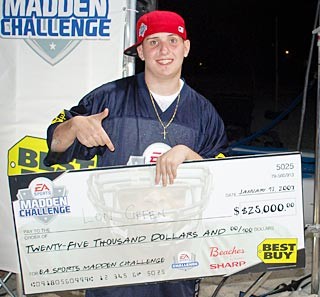 Dude, you could preorder up to Madden 2428 with that!

Unfortunately, problems arise when developers begin leaning towards the “simulation” side of sports games. As said above, soreness is not fun; and it’s equally un-fun to have my V.R. Michael Irvin retire due to “torn medial collateral ligament” – sounds like soreness to me.

So how does a developer make a sports game where the tiresome, physically-inadequate side of humanity isn’t simulated? Well, they could just ignore the physical laws of the universe and turn the wackiness dial up to X-treme, a la the NFL Blitz series, or they could – quite simply – not use humans. 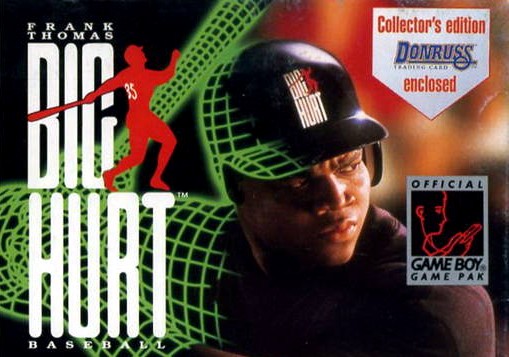 Or just develop a game with teams comprised entirely of Frank Thomas.

This is where inhuman sports games come in. I’m talking about games with androids and aliens and all sorts of zany futuristic races playing sports from several millennia ago. They had their heyday in the 1990’s, the era which practically defined zaniness, but have seen a lack of attention in recent years in favor of boring humans – and that’s why we’re here to give you your fill of inhuman goodness.

Strangely enough, a lot of future cyborgs apparently love a wholesome game of handball. There are several titles based on the Phy. Ed. class specialty across the 8-bit, 16-bit, and even 32-bit systems. There’s Speedball (and it’s two sequels, Speedball 2 and Speedball 2100), Klashball for NES, Powerball for Genesis, and Pitball and Dead Ball Zone for PSOne … just to name a few. See, I told you there’s a lot of balls in sports.

One of the more interesting handball-esque games came to the PSOne in 1997 called Professional Underground League of Pain.

These guys break a femur as a goal celebration.

In PULP, players have to carry a ball into the opponent’s side of the field, then throw the ball into a hoop located in the middle. All the while, contestants are being obliterated by their enemies in a no rules, no mercy environment. Despite the cheesy name, it’s actually a pretty entertaining title if you can get past the absolutely laughable run animations, and is one of the better coming-soon-to-ESPN-3 handball games.

Speaking of sports channels nobody watches, volleyball also got the inhuman treatment courtesy of Hyper V-Ball, which got itself served onto the SNES in 1994.

Hyper V-Ball features some human teams, unfortunately, but primarily it features cyborg teams and a forbidding laser in place of a net. The human teams are there mainly as remnants of Super Volley II, the Japan-only game that Hyper V-Ball code was tacked onto, and they lack the bonus abilities and improved stats given to the cyborg teams. Basically, they are there to beat up on when you want some variation from the overwhelming awesomeness of cyborg vs. cyborg volleyball matches. 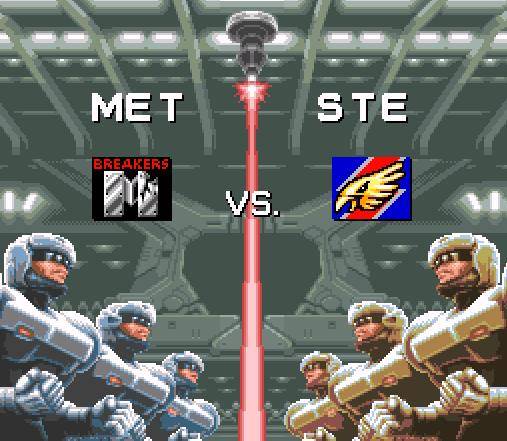 Hyper V-Ball wasn’t the only Japanese sports game to get the Stateside-robot-treatment. In 1993, a relatively innocent golf game known as Nobuo Serizawa’s Birdie Try suddenly became Mecarobot Golf, going so far as to turn poor Serizawa into the very thing his people are known for creating.

How many differences can you spot?

Yeah, it looks cool, and most of all sounds cool (just try to say “robot golf” without pumping your fist), but the problem with Mecarobot Golf is that, like Hyper V-Ball, humans still exist in this alternate dimension, and to make matters worse: the game forces you to be a human. The story of Mecarobot is a somber one: a robot named Eagle claims to be better at golf than humans and decides to join a professional league, but they don’t let him… because he’s a frickin’ robot. So players are given control of a human in a one-on-one golf game to determine whether or not Eagle is actually better than humans or if he’s just been programmed to lie.

Basically, you have to crush his dreams. 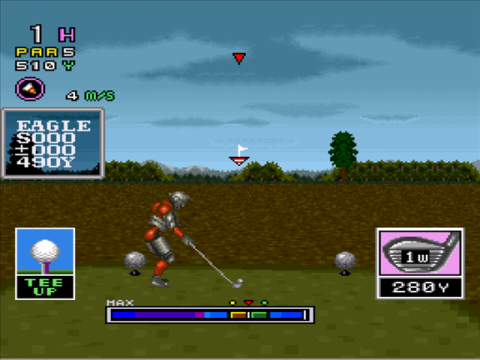 You’re a horrible person if you don’t let him win.

A game where humans have a chance to best androids is not a proper inhuman sports game, so in order to cleanse ourselves of Mecarobot’s shame, let’s at last focus on a few more games that were incredibly successful, and very rightly so.

Going by success, there is, of course, SNK’s Super Baseball 2020 (which was later ported to SNES and Genesis consoles) – one of the best baseball games of the early 90’s and still a blast to play today; and the widely-released, equally-fun Cyberball. But there are two other games that stand out as not only the best inhuman sports games of all time, but stand among the best of sports games in general. 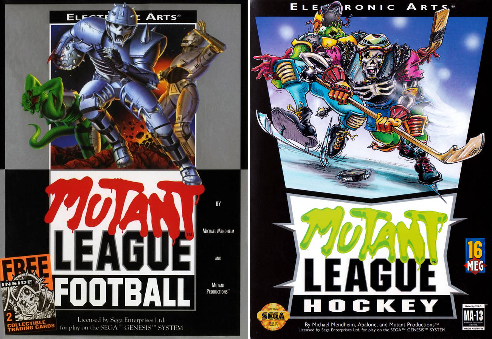 You knew they were coming.

For many of us, Mutant League Football and Hockey were some of the first mature-rated games we played. Players don’t just fall down when they are tackled – they explode. Players aren’t just penalized – they are outright killed. And sidelines? A lot of the time they aren’t even there – you just fall off the field into oblivion.

Gosh, I hope it’s not a torn medial collateral ligament.

Featuring teams like the Slayers, the Razors, the Whiners, and the Trollz, players literally fought and slaughtered their way to victory. Breaking rules was encouraged, of course, and players do run the risk of being penalized – but if you ever feel ripped off by the ref, you could always bribe him… or kill him during the next play. Skeletons, aliens, ogres and robots were among the selectable team members, which also included a few special characters like Bones Jackson (based on Bo Jackson) and Scary Ice (Jerry Rice).

To this day, gamers debate whether Football or Hockey is the better Mutant game, but really, why argue? They are vastly different sports, and the mutants/aliens/cyborgs recreate the feel of them both masterfully – and then some. Sequels have been in the talks for years, but frankly, we don’t need them. The originals play just as amazing as they did before, and are just as fun and challenging. If anything, downloadable re-releases are long overdue.

Bypassing the inefficiencies of humans by replacing them with the non-human is a formula ripened for pure entertainment. If you want to get away from the monotony of realistic sporting experiences, look no further than the inhuman sports games we’ve discussed above. Most of them are worth at least a try; or a definite buy, in the case of the Mutant games.