Iron Galaxy is the fun group that brought Wreckateer to life. They’ve been around for a while, comprised of industry vets who’ve worked on countless games for a number of consoles. This week, I had the pleasure of talking with Chelsea Blasko. Chelsea is the Producer of Wreckateer and an all-around cool gamer.

[Khris Golder] How many hours would you say you guys have clocked while playing Wreckateer?

[Chelsea Blasko] We put thousands of hours into playing Wreckateer around the studio. We played all through the development process.

[KG] It sounds like a bunch of time was put into making this title. You guys still play it after all that work?

[CB] As soon as we got our unlock code, we all started playing against each other at home at night.

[KG] I’ve had the chance to play it, and it’s addictive when you’re playing it with other people! The world wants to know: In preparation of the Kinect, how often did you reenact live action sequences with Jenga blocks and action figures?

[CB] We definitely went through a lot of iteration coming up with Kinect gestures. There was a lot of clapping in the office for a while. I also suffered one of the few Wreckateer injuries.

[CB] A karate chop to the throat, getting a little too close to an excited designer one day. He was really into launching the ballista.

[KG] I bet! Now, when I make an XBLA investment, I like to know if I have a shot at some extra play time down the road! How likely is it that we will see some DLC for Wreckateer soon?

[CB] I’d say the chances are pretty good that you will see something in the future.

[CB] My favorite part of playing Wreckateer is beating the scores of my co-workers. From the safety of my own home I tend to do a LOT more trash talking

[KG] As do we all. Being the producer, you have a lot of you vested in the game. How does your personality relate to the attitude of Wreckateer?

[CB] Really this was a totally collaborative effort in the studio. Dave Lang contributed to a lot of the humor and Kurt Tillmanns brought the high-brow references. I was the voice of the mom in Iowa who isn’t sure if she wants her kids to hear the word “fart.”

[KG] It sounds like there’s a lot of unity at Iron Galaxy. By the way, send over a high five for whoever threw in the Top Gun reference. I almost fell over mid Flying Shot. It sounds like Wreckateer was a blast to make.

I’m also interested to learn about Iron Galaxy’s involvement in some other titles. Like me, many of our fans own and love Ms. ‘Splosion Man. Can we expect anything extra in the Mobile iOS version that would be worth our extra change? I mean, it’s already awesome enough to play Ms. ‘Splosion Man on the go, but we have to know!

[CB] We’ve been working really hard on Ms. ‘Splosion Man and are happy we could help bring it to iOS with new features and objectives. I can’t really say more about it, yet.

[KG] Hey… hearing there will be new features is good enough for me! *Cough* Marvel Vs. Capcom: Origins *Cough* How awesome is it?

[CB] We have been working on Marvel Vs. Capcom: Origins in a similar vein to the work we did on SF3OE. We are really excited to bring these two titles to the current gen consoles and build on the arcade experience, offering new in game Challenges and Vault Content.

[KG] We can’t wait! On your site, you have “Unannounced tech heavy” projects in the works with Epic Games and 2K. We’re running out of space at the edge of our seat here!

[CB] We are always working on a variety of different projects around the office. It’s one of the great things about Iron Galaxy. We will roll out any info we have as soon as we can.

[KG] I approve, except that Mountain Dew makes Dr. Pepper look like Mr. Pibb’s butler. I only have one question left to ask. What makes Iron Galaxy Studios hardcore gamers? 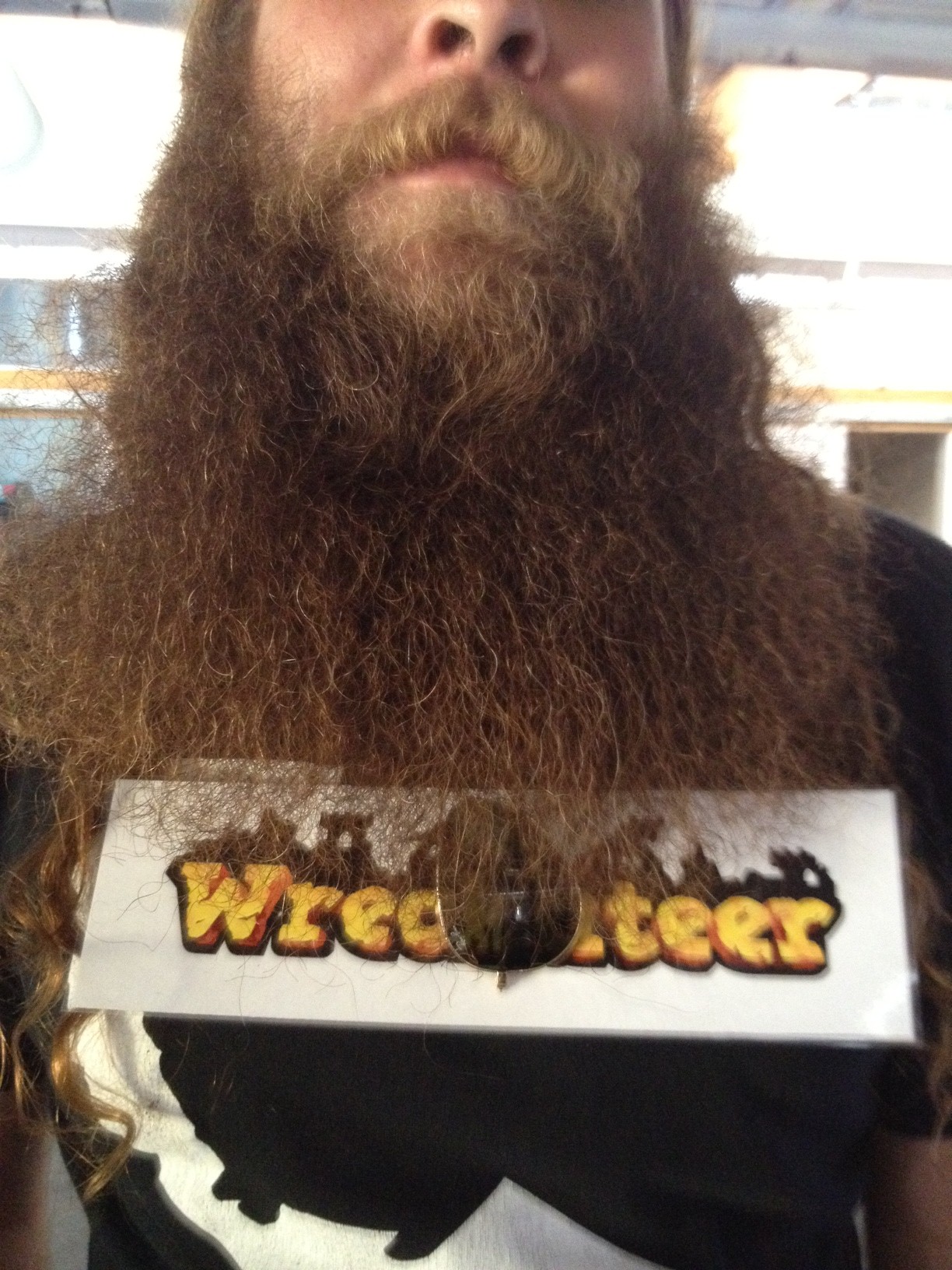 [KG] That’s one… epic… beard. Ha! Thanks for stopping by, Chelsea!

I’m sure gamers will be seeing plenty more of Iron Galaxy Studios in the future. We’ll have more information on other great Iron Galaxy projects coming soon. In the meantime, enjoy Wreckateer, available on XBLA for Kinect!