Tony Hawk Pro Skater is back and just as we remember it. After a couple rough experiments with hardware-centric reimaginings, Activision and Robomodo have gone back to the roots of the series, offering what fans fell in love with in the first place. This is not a full-blown release, but instead of a smaller downloadable title that looks to reignite interest in the somewhat damaged franchise. Are throwbacks enough to create a modern skateboarding game in this day and age?

It has been so long since the Tony Hawk Pro Skater franchise was meaningful that I’ve almost forgotten how to play a traditional skateboarding game. The gameplay is very true to the first two games as it introduces the same trick and special mechanics we grew up with. The whole idea is that on each stage you are given two minutes to accomplish a number of goals. By completing those goals, cash is obtained in which you can upgrade the skater or buy different tricks and boards. I do wish there were more challenges that didn’t involve getting a high score, spelling out SKATE or collecting special tapes (which in this case are now DVDs) as it became less of a challenge, even during the later levels.

The amount of content is reasonable for a fifteen dollar game, but at the same time, it isn’t going to knock your socks off with a variety of things to do. There are only seven levels chosen from the first two games that are distributed amongst eight different characters. Each character has their own career to accomplish, but going back and replaying all the levels with a different skater feels less of a necessity. A nice new addition is the ability to import your Xbox avatar, which` brings a lot more color and liveliness to the rather empty world. On the negative side, there are no customizations to which brands of boards you can use or which move sets to start with.

The selection of levels is subjective. I personally think there are a couple that don’t really show off what we’ve come to love in the old Tony Hawk games (I’m sorry but the mall and downhill jam levels are not good). That said, the team did a fine job picking the majority of the classic and memorable stages. Because there are only seven stages to play, you can actually breeze through the game in a couple of hours, and even with competitive multiplayer, there isn’t a whole lot compelling you to continue playing. Other than career mode, there’s a “hawkman” mode which is surprisingly fun as it consists of strategically collecting move-specific tokens to get the best time possible. 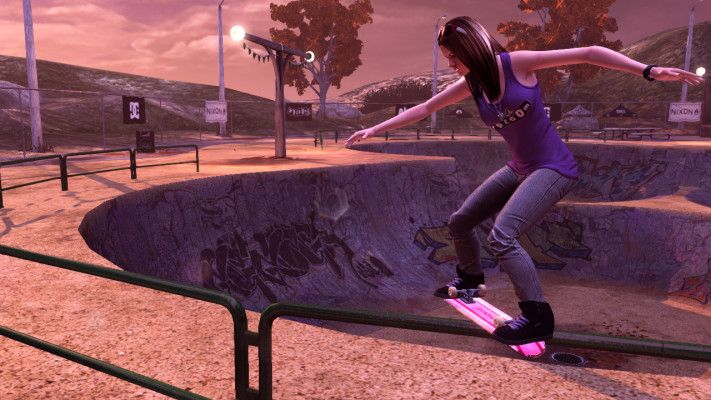 The online multiplayer is a nice addition considering it brings back the graffiti and trick attack modes that we’ve all come to love. Additionally, there’s now a “big-head mode” where, unless a constant score is kept, your head will become too large and burst. Unfortunately, one of the more entertaining modes, HORSE, is not included which is a big disappointment and a lost opportunity. The online is a nice substitute for the lack of split-screen multiplayer but is limited to only a couple modes. Hopefully it’s something that Activision and Robomodo will look at and expand upon in future downloadable content.

The music is by far the most terrific part of Pro Skater HD as all the best 90s songs, including When Worlds Collide and Bring the Noise, are back in full force offering a nostalgic kick in the face. It would have been better if there was more control over the soundtrack, though, as the songs rotate in random order. Maybe a music playlist, SSX-style, could have benefited. Regardless, the music is a big part of what makes Tony Hawk Pro Skater HD as enjoyable as it is.

Pro Skater HD does have its fair share of technical issues. There were a number of glitches that occurred during my many playthroughs, such as finding myself stuck in an infinite death loop or falling through the floor. It doesn’t help that the game itself doesn’t look all that spectacular, either, with a muddy look on the majority of the levels. While a couple standout, there’s a staggering lack of color and vibrancy that the classic Neversoft games had. There are also many things to nitpick, such as the time it takes to reset the character when he bails and the cursor repositoning in the menu when autosaving. 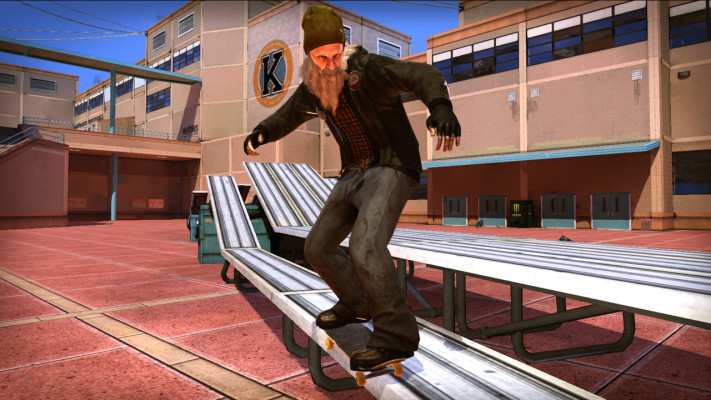 Tony Hawk Pro Skater HD was an intriguing experiment  to revive the Tony Hawk name, but it didn’t pan out as hoped. While the game invokes memories with those who grew up playing the Neversoft games, the content is a bit skimpy and the gameplay behind its time. Still, if you have fond memories of the early Tony Hawk Pro Skater games, the nostalgia alone may be worth the price of admission.