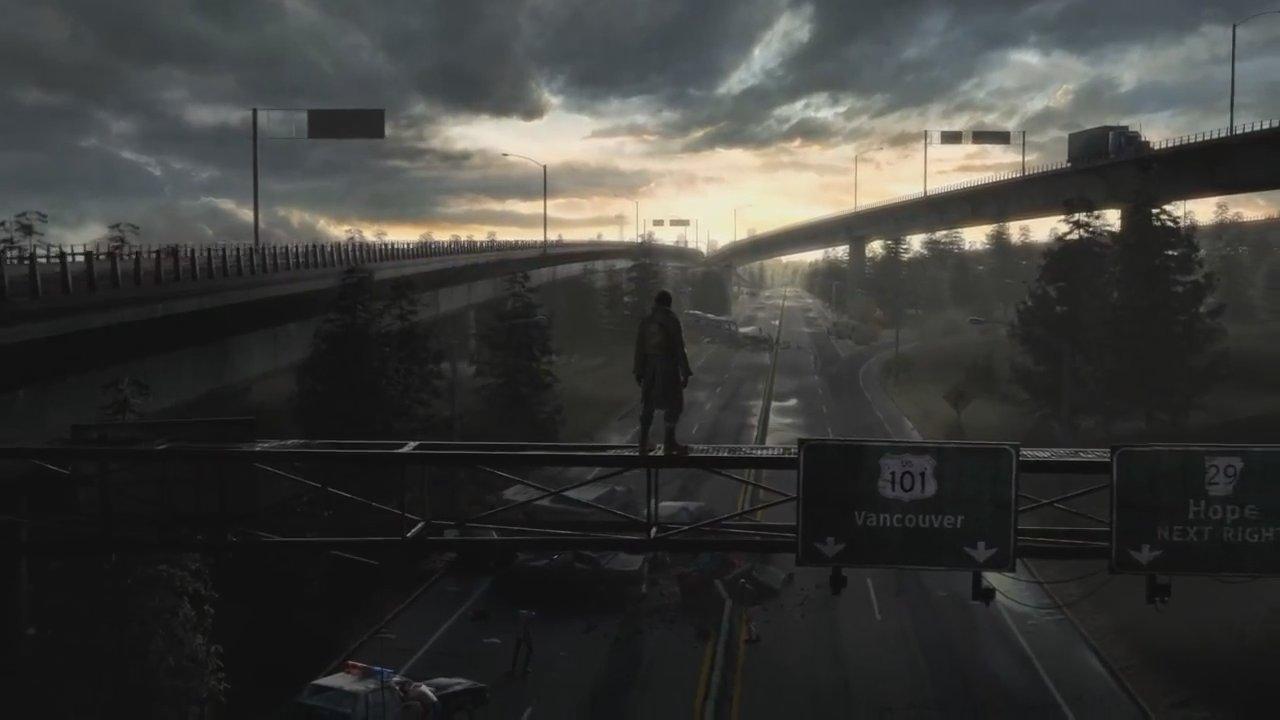 The Summer of Arcade is in full force with Tony Hawk HD and Wreckateer, keeping Xbox 360 fans entertained for hours. While nose grinds and slingshots have been all sunshine and rainbows, Tequila Works arrives in the nick of time to darken our bright summer day. With Deadlight, there are quite a few reasons to celebrate the gloom.

The game begins on the 4th of July, 1986, 145 days after Patient Zero incident. Enter the game’s protagonist: Randy Wayne. One of the few adept survivors of a terrible epidemic, Randy races across rooftops, through sewers, and across cities in search of his friends. Randy’s troubled and mysterious past haunts him while the Shadows (zombies) mumble and groan their way through shattered barricades, broken windows, and over cars to devour anyone left alive. Where’d his friends go? What happened to Randy’s wife and daughter? Why is the military hunting and killing survivors? 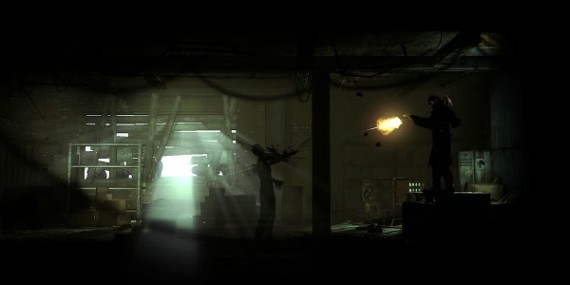 When I say this game is a (puzzle/platform) survival horror, I mean just that. Randy isn’t a fighter. He finds himself a fire axe, a pistol, and eventually a shotgun, but his arsenal is reminiscent of the first Resident Evil. They’re defensive weapons with limited ammunition intended to clear crowds in his efforts to escape the area. Several regions have infinite spawn points, so there’s no reason to stay and fight. Even with the fire axe, the shadows don’t go down easily. Mash the B button to break free if they grab on. If there are more than two shadows around Randy, he goes down without much of a fight. It adds a bit of suspense once shadows pour in. The game is mostly bob and weave with a lot of sprinting.

When the action slows down and outrunning the shadows becomes a breeze, Randy runs into the Rat Man: a kooky survivor who requires Randy to prove his worth by making him run through deadly obstacle courses. Later, some helicopter chases ensue, forcing Randy to sprint at break neck speed. Moments like these add the flavor, and it’s for this reason Deadlight is fairly well paced.

Except for an incredibly predictable ending, the story is solid. The plot is meaty enough to warrant future DLC if Tequila Works wishes to do so. The voice acting was cheesy, but what zombie game isn’t a bit hokey these days? The game is filled with dreary colors, shadowy areas, and is separated by brighter flashbacks and trippy dream sequences. While there’s nothing visually stunning to shout about, the mood is appropriately set by the darker tones.

The controls are cut and dry: leap, run, jump and attack.  The only complications arise when multiple weapons are earned, and the game doesn’t explain you shoot by pointing with the right analog. I must have stared at the beer bottle during the flash back sequence for about a minute before I pressed every button except holding the right analog. 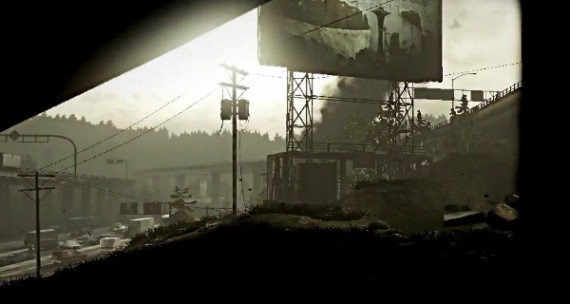 Randy automatically grasps objects after jumping, leaving little to worry about once the jump is initiated. Sometimes when I’m sure I stuck the landing, Randy plummets to his death. Then other times I think I missed by a mile, and he magically grabs the ledge. Deadlight has a few minor issues with consistency, but make up for it with the occasional courteous grapple.

A number of collectibles are scattered throughout the game, breathing life into the story and characters.  Level lists illustrate areas that have missing clues/IDs/handheld mini games to collect. Accessible from the main menu, the player can go back to any point in the game to replay and hunt missing items.

Three particular collectibles are playable games all their own. Remember those old basic handhelds? Deadlight features three mini games playable once the collectible is found. There’s a wannabe Guitar Hero, an exercise game, and one featuring a haunted mansion. Each has a high score to break, and respective achievements to unlock for breaking them. They’re quite addictive and may turn out to be a draw on their own (then again I’ve always been a sucker for games within games).

There’s nothing too challenging about the Achievements. As for multiplayer, the leaderboards run in a hybrid completion/time trial format. Finish the game to its fullest in the shortest amount of time and top the boards. Overall, the game has a moderate replay value if you want to collect everything, unlock all achievements, and compete for the quickest play through. 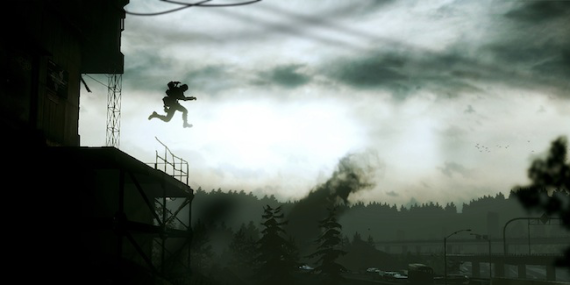 Deadlight is a mix between storytelling, side-scrolling, puzzle solving, and good old fashion survival horror. It reinvents nothing, but it successfully integrates components from each genre. Minor grievances aside, Deadlight belongs right up there with the most entertaining ‘zombie’ games. For a simple arcade title, it has enough breadth to warrant a hardcore gamer’s attention.