Released on Xbox Live Arcade last month, Mark of the Ninja was considered a fast, yet traditional, stealth game that actually spun a strong tale. No longer will this be available to a set audience as Klei Entertainment’s revolutionary 2D stealth action title is making its rounds on the PC platform. Considering how tight the gameplay can be, will the controls hold up, or should Klei have sheathed their sword on the PC port?

The gameplay is what shines the brightest as combat is fluent and tense. Ubisoft tried to create a fast-paced stealth action game with Splinter Cell: Conviction, but it’s Mark of the Ninja that really perfects the formula. You can certainly take your time and eliminate foes carefully and individually, or you can speed right through by avoiding or distracting them. Players will need to have some patience, though, as it’s easy to die rushing into a fire fight, but if you have it in you, you’ll be having the time of your life. There’s something special about peaking out of a vent, dragging someone in, and shanking them in the throat with a badass katana. 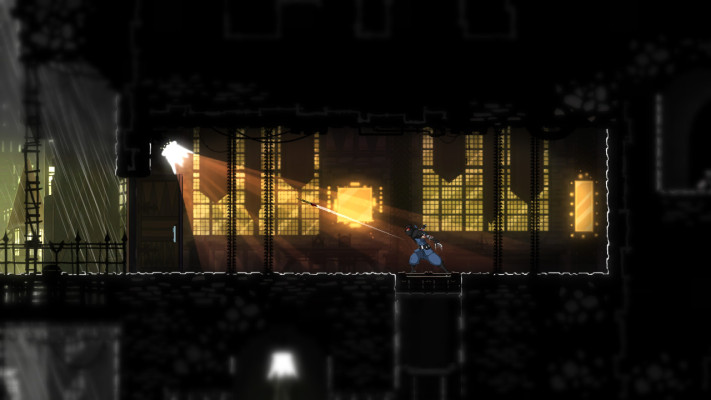 There are also some role playing elements where, depending on an evaluation score after each stage and how many secrets are uncovered, medals will be granted which can be redeemed for character upgrades such as better armor, weapons and moves. Being able to jump back into older missions to perfect a playthrough with a new set of abilities allows for an incredible amount of replayability. The pacing is also a plus as it ensures the player will constantly be adapting to the style of each enemy type — and there are a lot. They start off with armed guards, then dogs, then heavy guards and eventually move up to agile ninjas that are much more difficult to get past.

The story is surprisingly deep for a smaller downloadable game and compliments Klei’s cartoony art style. While it’s a bit sparse until halfway through, the ending and twists make this an enjoyable rollercoaster ride that’ll keep you guessing. Despite most of the game taking place in the dark, the lively 2D artwork and animations are at the pinnacle of the industry. Gutting someone and then hanging them from a tree has never looked so disturbing good. 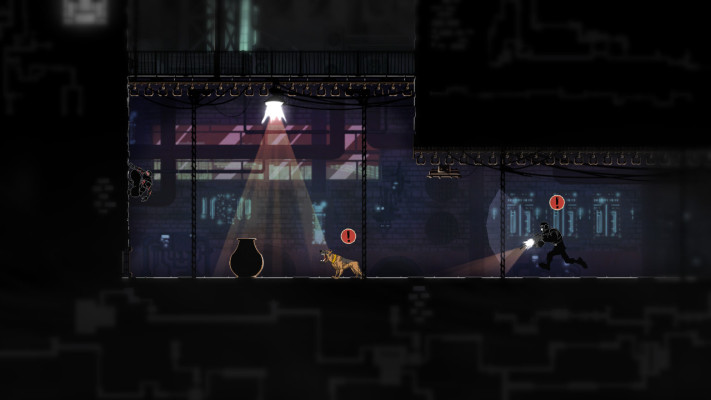 The PC version doesn’t necessarily break new ground in the market, but it’s a comparable port to say the least. Playing at a higher resolution allows for more visible detail, but isn’t an earth shattering difference. For example, while the protagonist can be hard to spot when hiding behind a vase or small brick wall on the 360, his figure can clearly be made out on the PC. The controls definitely aren’t as precise as a controller, especially considering I found myself fighting with them early on, but once you get used to it, killing in a fashionable manner will be an easy and enjoyable task.

One of the better adaptations is perfect and imperfect kill moments. Previously, you would have to swipe in one direction and then press the X button to avoid making too much noise, but here, Klei made things a lot easier as it’s a simple click and drag motion in order to accomplish the action. I did have a bit of trouble with some of the button prompts when a controller was plugged in, as it automatically switched to that device, but thankfully it’s only a minor issue. 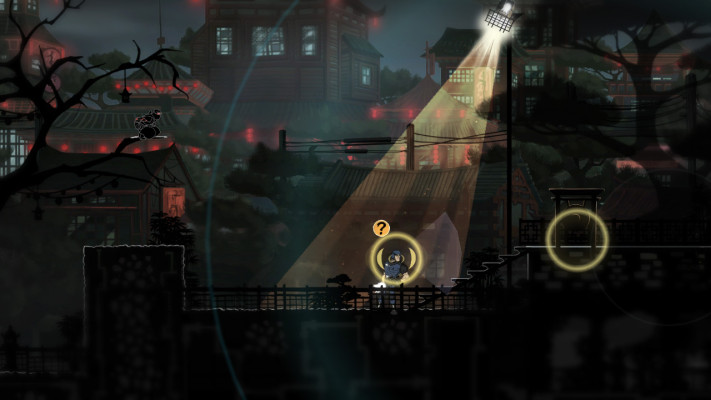 There’s nothing like Mark of the Ninja on Xbox Live Arcade, and now, Steam. Others may taunt fast action stealth, but this is the true evolution of that concept with speedy and thought-provoking mechanics. Keyboard and mouse controls can take a while to get used to, but once you’ve got it down, you feel like a master assassin. Mark of the Ninja is a triumphant victory that is a must-buy for any and all stealth fans.