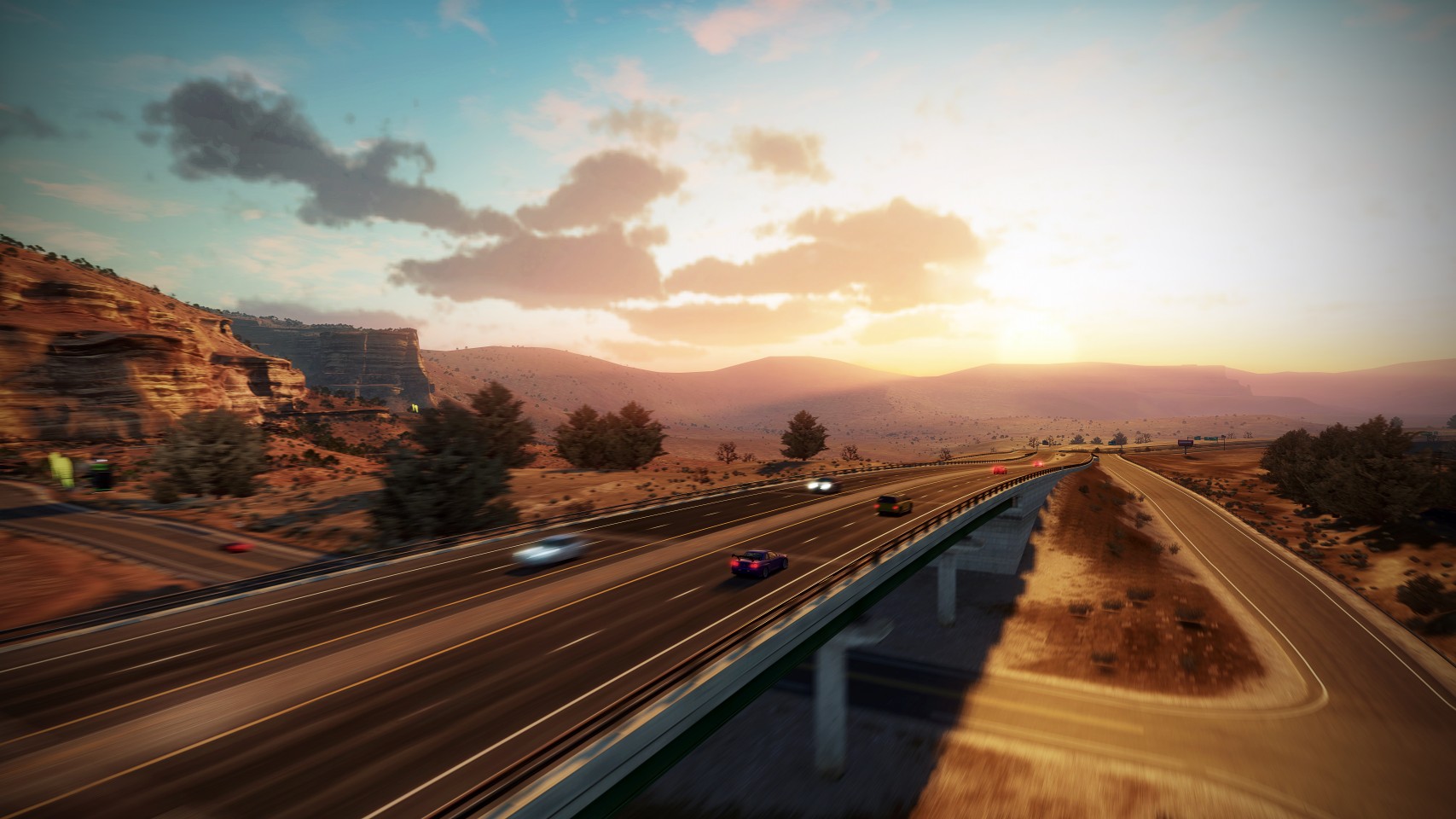 Racing is one of the few gaming genres that has unquestionably improved. While the case could be made that action or platformers have become diluted in the modern generation, it’s challenging to walk away satisfied from “Crusin’ USA” in 2012. Racing games not only improved graphically, but have morphed into robust experiences, complete with deep online functionality and sprawling open worlds. Forza Horizon includes these plus realistic handling, beautiful landscapes, countless event types and a legion of cars. Forget old titles, racing games released this year will seem dated after experiencing Forza Horizon.

For the series’ fifth entry, Playground Games ditched the race track in favor of a massive open world. When designing the beautiful Colorado setting, developers took multiple trips to the state, snapping tens of thousands of photos in an attempt to create the most realistic representation of the region possible. The hard work payed off, as instead of seeming like a hodgepodge of various locals, the world of Forza Horizon feels truly cohesive. Most of the game takes place rurally, leading to beautiful forests, vistas and canyons. Whether it’s a dam illuminated at night or snowcaps on the mountains in the distance, it’s quite an experience to feel awe-inspired and adrenaline-pumped at the same time. Even if you typically don’t bother taking in-game photos, the world of Horizon may just turn you into a virtual sightseer.

A beautiful environment wouldn’t be much without the graphical engine to support it, so it should come as no surprise that Forza Horizon looks absolutely stunning. Contained in the highly detailed world are photorealistic cars and surprisingly lifelike character models. Cars take damage as they bang around a track (this can be turned off), with fenders and valances commonly flying off. As there is a dynamic day/night system, touches like making halogen and LED headlights give off different light and varying sunsets in the background lead to a degree of realism that brings the world to life.

While open world settings lend to more arcade-like gameplay, the driving mechanics here remain as realistic as ever. Every car feels different, with a 1970 Ford Mustang driving like a 1970 Ford Mustang and a Lotus Evora feeling like a Lotus Evora. While difficulty can be tweaked before a race, it remains pretty unforgiving. This isn’t the sort of a game that allows drifting around corners at 120 M.P.H — brakes must actually be applied at tight turns. Those used to games like Burnout Paradise may have trouble adjusting, but after some practice, it’s a very enjoyable system that lets you get a taste — albeit virtually — of the world’s smoothest rides.

Making a return from past titles is the “Rewind” feature. At any point during an event, the game can be rewinded in intervals of about five seconds. The feature is intended more for recovering from wipeouts and spins and less for things like slight over-corrections (though it is possible). Activating it reaps no major punishments besides a small credit penalty. As it seemingly negates poor driving skills, it’s a bit off-putting when first encountered; what’s the point at getting good at a game when you could just rewind? After tail-spinning five minutes into a race, however, it’s relieving to know it’s there. Instead of turning the game yellow, it’s a great feature for those just starting out and casual players alike. Those good enough not to need it can simply turn off and reap more credits and (as it’d be impossible to implement) still torch the uninitiated online.

Forza Horizon boasts events exclusive to certain car types, ranging from pre-1980 muscle circuit races to going off road in rally cars. Instead of always using the latest unlocked car (which tends to be the best one), players will have to keep their driving skill up on multiple types of automobiles that must periodically be upgraded to remain competitive. Instead of simply casting away early-unlocked cars like say, Test Drive Unlimited 2, they’ll always be a place for them. Being able to actively drive a classic car throughout the game is a great touch for those not only into the latest super cars.

Perhaps the only time you’ll be happy to encounter a speed camera is in Forza Horizon. There are two types of cameras: top speed cameras and average speed cameras. Blazing by a top speed camera displays and records the speed of the car, while the other camera does the same for the average speed throughout a pre-determined area. As police (or perhaps more accurately, postmen) are nowhere to be found, players are encouraged to roar past these as quickly as possible. Not only is trying to go fast in a speed trap satisfying, but addictive; speed is instantly compared to friend’s top times, leading to an obsession of one-upping each other. It’s little touches like these that will have players coming back long after the release window passes.

Forza Horizon features the strongest soundtrack I’ve ever encountered in a game; not a statement an unabashed music snob makes lightly. Three radio stations are included: Horizon Pulse, Horizon Bass Arena and Horizon Rocks. While the names may not be the most inspired, the music they blast certainly is. Highlights include tracks by Passion Pit, Hot Chip, Miike Snow and Cut Copy. Those who don’t like electronic and indie-leaning rock may not appreciate the soundtrack, but should still dig the modern vibe it brings. When a racing game inspires dancing more than Dance Central or Just Dance, it’s hard not to be impressed.

Not only is Forza Horizon a worthy addition to the series, but one of the most comprehensive racing experiences this generation. Beautiful environments, numerous events, a great selection of cars and the best soundtrack ever to grace a video game combine to form something hard to put down. The amount of effort that went into Horizon is staggering, leading to nary a languid moment. Much like Burnout Paradise before it, it’s the sort of experience that begs to be revisited years after release. The developers who have to follow this up should be pitied.