Seven days to go, and a bit over 50% of the way there.  Despite the slightly worrying funding percentage to time left ratio, that’s a huge increase from this time two days ago, when Timber and Stone was a bit over 25% and climbing steadily, but very very slowly.  So what happened, and why is it worth mentioning?

Timber and Stone promises to be another Dwarf Fortress-lite kind of game, looking similar in its pitch video to a voxel-based Gnomoria.  There’s no demo, but the Kickstarter video goes into extended detail on the basic premise.  You start with a selection of people and resources, both with random elements to keep you on your toes, set in a procedurally generated world.  What happens next is up to you.  Timber and Stone is a sandbox strategy game where you build a thriving community while harvesting resources and defending your settlement.  While incredibly early, it promises plenty of room for player creativity in designing your own little corner of the world.  At this early point there isn’t much detail on the action, aside from a screen shot of epic giant spider carnage and another showing invading goblins getting skewered by archers on the parapet, but creating your castle and training up an army to defend it sounds more than a little tempting. 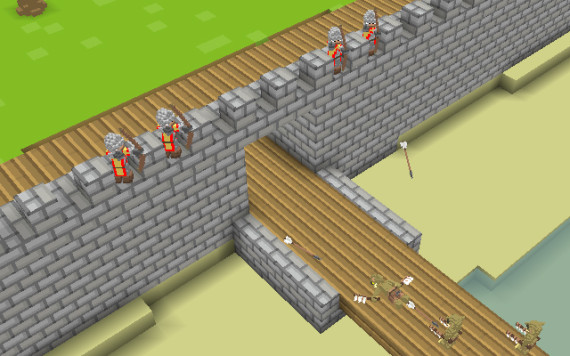 Unfortunately, it didn’t seem tempting enough until a few things happened in the last couple days to raise Timber and Stone’s profile.  The big one was a comment on jeb_‘s Twitter feed, which managed to point 400,000+ followers at the Kickstarter.  When the current lead designer on Minecraft says nice things about a game, fans listen.  The mention also got a bit of media coverage, and a day later Timber and Stone easily doubled its take.  It’s too bad the “get internet-famous person to say nice things” strategy isn’t a particularly reliable method for other deserving games (seriously, how is Incredipede not Greenlit for Steam yet!?), but at the very least it points out the importance of positive media attention. 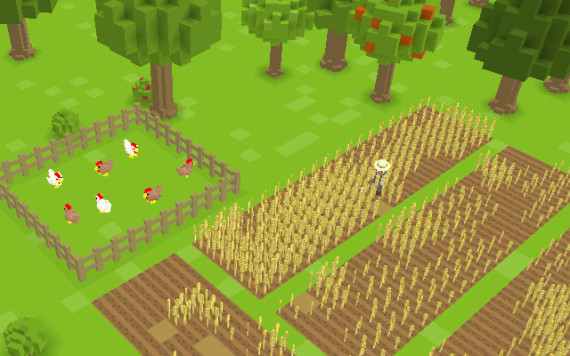 So with a week left to go on the clock, Timber and Stone has gotten a lucky break.  Personally, I’m very happy because success had looked unlikely up to now, putting the game’s release back at least a year.  The combination of strategy and freedom in town design is very appealing, especially if it works as simply as the videos promise.  There’s still a ways to go before success, of course, and even if it hits the goal there’s still the hard work of turning money into a game, but with a bit more luck and decent funding momentum, we’ll get to find out how well everything works sooner rather than later.