With the recent release of the original PSOne game on PSN, and more recently becoming playable on the Vita, what better time is there to cover its PS2 sequel? It received rave reviews when it was released, but like the first, didn’t receive commercial success on par with its critical acclaim. As it became scarce fairly quickly after release, I never figured I’d find it, but lucked out finding it at a local store called Replay for $15 (alongside Gitaroo Man for the same price). My mother and I rushed home as quickly as we could given that the store was 45 minutes away, and I immersed myself in K2 for at least that whole day and played it throughout the many years that have followed.

Like the first, Klonoa 2 is a side-scrolling platformer at its core with some puzzle-solving mixed in and new to the sequel — RIVER RAFTING! Or something approximating it. The biggest difference between the games lies in the graphics. Klonoa was a 2D sprite-based platformer, while this is a 2.5D platformer that makes great use of that format. The most striking examples are when you launch yourself around in cannons and the screen zooms towards your new location. After starting the blast, Klonoa shoots towards the screen — filing up a considerable portion of it. That effect alone makes me wish it was on PSN as a PS2 classic with some 3D support thrown in. In order to get to those cannons, you’ll need to master the mechanics of the game, which revolve around lassoing up enemies and either using them to launch yourself higher than a regular jump, or throw them at other enemies to clear the area. The puzzles also thrive on this mechanic, usually requiring enemies be eliminated in a certain order to move on. You may have a blue crystal barrier blocking your path, but the only way to get rid of that barrier is to get rid of a gold bird first that turns into an aura, and then using that aura to kill other enemies who eventually turn it into a variety of colors. If you did it right, you’ll have a handy blue aura. If you screwed up, the process restarts and the enemies respawn from their original positions.

It may sound frustrating, but it really isn’t. Klonoa 2 is a relaxing experience with some intense, but enjoyable, stuff thrown in. Boss battles are incredible, as are chase stages — like one where you’ve got a GIANT ROBOT SHOOT A LASER BEAM and you need to keep going right to avoid peril. Slip up on a jump and you’ll go into the fire, but if you take things too carefully, you’ll get blasted. Like the DKC mine cats, a lot of trial and error is involved here. The bright and detailed graphics are always pleasant to look at — whether on a wavy shore, or in a carnival with a million colors on-screen at once.  As a whole, they’ve held up surprisingly well over time. The character models look nice and clear, as do the backgrounds, foregrounds, and even water — something that tends to look God-awful in older games. It’s a testament to making a game’s graphics more about an overall art style than focusing on being bleeding-edge. Going for a unique style helps games like this, LoZ: Wind Waker, the Jet Set Radio series, and for a more modern example, Mad World, age well despite hardware limitations. 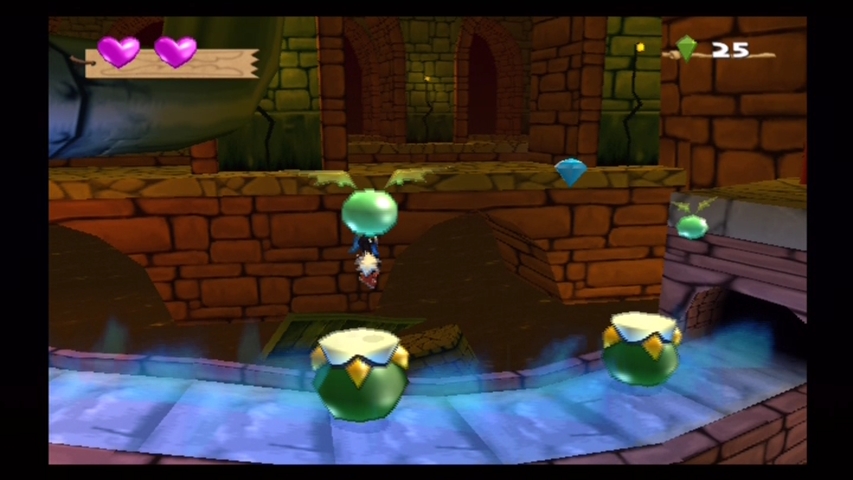 This series has always had memorable audio due to its silly made-up language (which is thankfully subtitled), but K2 features an outstanding soundtrack as well. Like the visuals, it’s cheery, but manages to evoke some fear when needed. There are also some tunes, like the Forgotten Path’s “Mirage” that are both tranquil and intense, yet creepy due to things like laughter and a citar playing in the background. Every song fits its level perfectly, with many enjoyable to listen to outside of the game since they’re either relaxing, or have a lot going for them as standalone tracks. I’ve got a soft spot for the made-up language in the series as well. It’s charming in an odd way, and yet is also pretty funny, largely due to the high pitch and frantic pace in most of the voice acting. 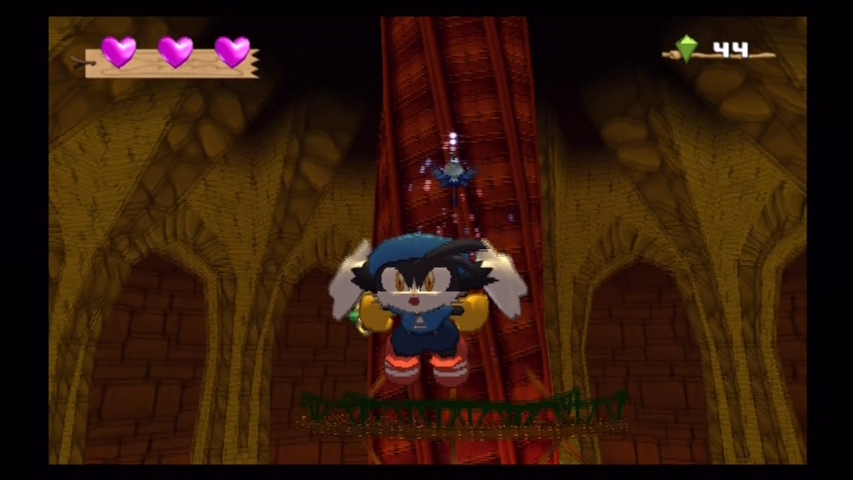 These days, Klonoa 2 can be found on Amazon in great shape for about $17 or so.  Hopefully the original being released on PSN means that Namco is at least considering releasing this on PSN at some point since it’s a highly-polished game that deserves to be enjoyed by as many people as possible. While they’re at it, I wouldn’t be opposed to the GBA side-scrolling entries being released on the eShop either.