Last week, we reported that Nintendo had picked up indie game “Two Brothers” for inclusion on the Wii U eShop. Backed by Kickstarter, it’s a game wholly deserving of the break. Not only is it a throwback to the RPGs of old (since when did the ’90s seem so ancient?), but a rich, detailed labor of love that looks to be a solid experience in its own right. We caught up with Two Brothers creator and AckkStudios head Brian Allanson to talk about the inspiration for the title, how it ended up being one of the first independent Wii U games and all things Game Boy.

[Hardcore Gamer] Let’s start from the beginning; where did the inspiration from Two Brothers originate?

[Brian Allanson] It came from a lot of places, which I am starting to realize more and more now. What prompted it mostly is probably all of the Gameboy “demakes” that started popping up all over the internet a few years ago. It was this awesome art fad where people were taking modern games and breaking then down to their most simple core, and drawing them as Gameboy games.  I think that is the most prominent thing that sparked the idea for Two Brothers, but also the desire to make a game that I would have wanted to make as a kid. I played Gameboy a LOT, so most of my ideas back then were for Gameboy.

[HG] When did AckkStudios begin and how big is the team?

[BA] We all started working together as a team in late 2009/ early 2010. The Two Brothers team has about seven key people, but we’ve used some freelancers to get extra work done. Our next project will have more, and we’re in the process of finding some new people now.

The key development team is:

Brian Allanson(I direct, create sprites, programmed the core engine, etc) Tyler Steele (He works on everything in general with me, but as of late mostly on creating a really epic sidequest.) Ian Bailey (level designing and side quest creation), Andrew Allanson (The games composer), Jose Alfaro (Creating the games sounds, as well as additional tracks) Anthony Manfredonia (Andrew’s assistant, and additional tracks) then there is Brigid Allanson who is illustrating some cutscenes, and box art, etc.

[HG] Are you a fan of the original Game Boy?

[HG] Is the appeal of monochromatic visuals purely nostalgic, or do you think, much like black and white movies, there is a certain richness it brings out?

[BA] I think it’s both. When you played the Gameboy, it was a very intimate thing. You help this tiny screen, and invested all of your attention to it. And even though the graphics were monochromatic, you could still imagine the green grass, or red fire. The same with the music, even though it didn’t have many sound channels, or realistic sounds, when you played Links Awakening, you heard an Orchestra accompanying you.  So I think when people see GB graphics, or at least when I do, it’s easy to use your imagination and really put the pieces together(especially if you played a Gameboy as a friend). Which is fun for me, personally. Sort of like reading a book. I enjoy the ambiguity of the tiny sprites.

[HG] Was the game originally to be developed for PC, Xbox 360 and OSx, or did the decision for a multi-platform release come later?

[BA] It was originally just PC. The more we developed, the more we wanted people to play it, so we started working hard to bring it to as many people as possible.

[HG] As the development of Two Brothers was funded (completely?) via Kickstarter, do you think crowdsourcing has proven an effective method to fund video games?

[BA] I believe so. It worked out very well for us… and it got us a lot of attention, which can be more valuable than money sometimes.

[HG] Are there any aspects of the process you’d like to change?

[BA] Of working with Kickstarter? None. The website is great, and I had a lot of fun doing it. 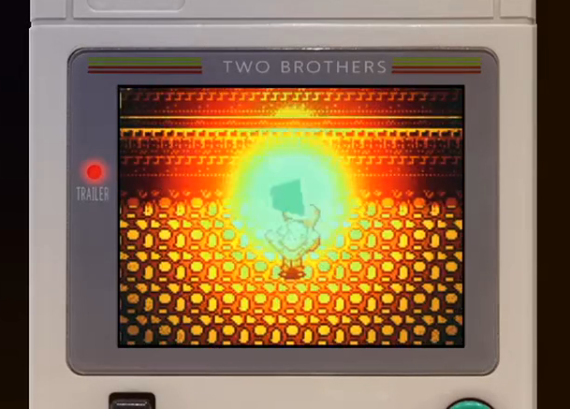 [HG] The big news last week was that the game was picked up by Nintendo for a release on the WiiU eShop. What was the process of this like — did they contact you or did you have to reach out to them?

[BA] They contacted us, after Emily Rogers of www.notenoughshaders.com  published an article about our game, and other indie developers. The process was really easy, Nintendo has been great to work with. You just need to make sure you have things in order, and are prepared to answer a LOT of questions.

[HG] Are there any challenges you foresee in porting the game to the Wii U?

[BA] Yes. Many. Mostly the fact that we need to rework a lot of the engine to work with the controller. Nothing we can’t handle, but we’ve gotten a lot of really cool ideas that slow us down because we want them all… it’s easy to get distracted from getting the main game done, when you have a new toy to play with. But things are on track.

[HG] Would you be interested in creating an original Wii U game?

[BA] Yes. Probably our next game. 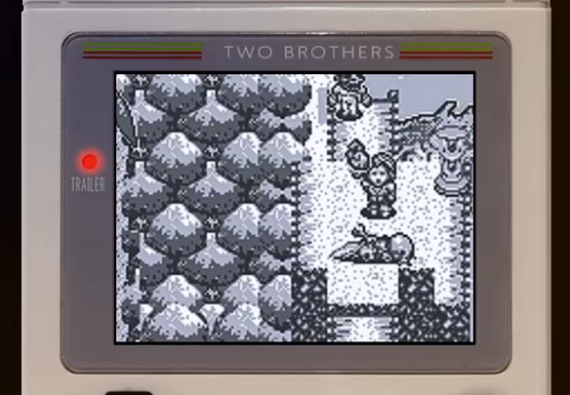 [HG] When is Two Brothers slated to come out?

[BA] Early next year. Hopefully the week after Pax East. That’s our plan… but no official date yet!

[HG] What’s next for Brian Allanson and AckkStudios? Will we see a “Three Brothers” anytime soon?

[BA] Well, now we finish the game. Get to Pax East and promote it like crazy… we’ve already started work on our next game, which will be 3D, and targeted at Wii U. I can’t say too much, but I can say that it’s an RPG, inspired greatly by Earthbound, The World Ends with You, and a bit of Dragon Quest… and that we’re paying very close attention to how people in 2012 want to play RPGS. As for a “Three Brothers”, we have an idea, but it won’t be for a while as we want to make other games too. The time would have to be perfect for it. And hopefully, it could be on a handheld. Also, we’re going to show the next game at Pax East, so make sure you keep an eye out for it!