The long awaited return of Master Chief is finally upon us as Bungie has passed the baton to 343 Industries, a team that knows their way around the Halo universe. While the initial trilogy concluded over five years ago, that isn’t stopping Microsoft from continuing the story of one of the most recognizable video game characters to date. Has 343 Industries created something Halo fans can be proud of, or are they trying too hard to replicate a good formula?

Halo 4 takes place four years after the events of the third game where Master Chief was put into stasis and set adrift in endless space. After suiting up, Chief and Cortana land on a foreign planet in which they awaken a new enemy outside the Covenant and the Flood. These are nasty creatures whose goal is to eradicate humanity permanently as they see us as a plague among the universe. Surprisingly, the story is one of the strong points as it tells a gripping and emotional tale from start to finish. While previous games have attempted to emphasize plot and characters, with Reach somewhat succeeding, 343 Industries has outdone them all by creating an epic full of cinematic set pieces and nail-biting events that expands love for both Cortana and Chief exponentially. The only real negative point is that Cortana, while finding her stride later in the game, can be a bit annoying, shouting out lines that you’ll roll your eyes at. 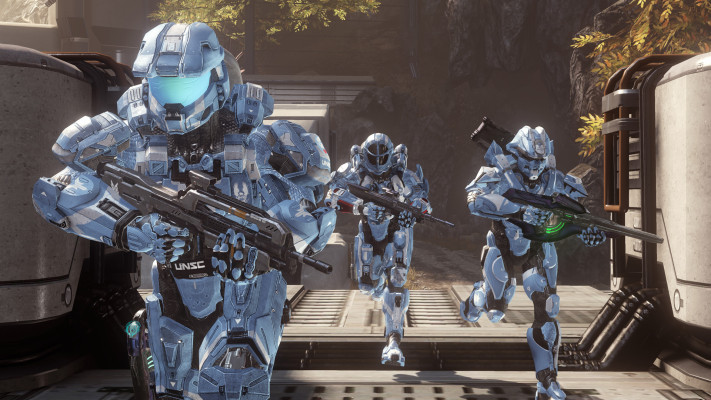 Combat remains mostly the same as there will be a very familiar arsenal available to Master Chief. Optical scopes attached to some weapons have changed the pace a bit, offering more stop-and-pop action on occasion, but rest assured, the lack of iron sights is still a distinct shooting mechanic decision that is prominent throughout – especially in multiplayer. The stylish new Promethean weapons introduced unfortunately aren’t as unique as they could be. Looking at something like the Needler, there was a strong variety of alien weaponry in the past, but most of the Promethean gear is just rehashed concepts. Thankfully, watching an enemy turn into nothing but particles is a nice touch, ensuring it wasn’t just a copy and paste formula.

If you’re a Halo fan, there’s no doubt that the multiplayer is one, if not the biggest, draw. While it can be argued that the single-player campaign has one of the better ratios of completion in comparison to people jumping straight into competitive play, it’s the aspects of fragging and tea-bagging someone online that makes the game so satisfying. 343 Industries gives gamers a whole lot to come back to as there are nine different multiplayer modes, plus a cooperative Spartan Ops campaign. These range from your traditional eight verses eight team deathmatch scenarios to a new Flood mode which puts ten Spartans up against the most universally hated enemies in all video games. Not a whole lot has changed, but with the addition of new maps, refurnished old ones, refined combat elements and the badass new Mantis mech, the Infinity multiplayer experience will keep everybody entertained until the next generation of Halo. 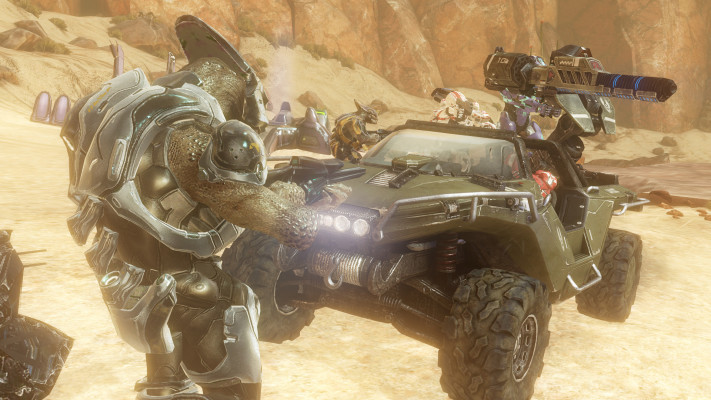 Spartan Ops is the cooperative mode that allows up to four players and essentially acts as Firefight. Instead of going through waves of enemies, though, there are five unique missions given to you by Commander Palmer, a character lightly touched upon, where you and your posse will be tasked with an array of objectives. These include investigating an unknown base, blowing something up or just killing everything on screen. Each map is specifically built for the mode and stories even tie into the main campaign, expanding upon Sarah Palmer’s character and the many Spartans aboard the Infinity. It’s a welcome and enjoyable addition, although it definitely doesn’t feel as refined as the rest of the package.

It would be amiss not to talk about the visuals in Halo 4. While a lot of areas can look more or less the same (futuristic metal hallways and platforms), the lighting creates a new form of atmosphere the series has never seen before. It’s almost a shame it looks this good only because most of the time Chief will be rushing to the next objective instead of admiring the beautifully crafted technical artwork. It ranges from rocky valleys to mucky swamps, showing off what this massive world has to offer. It certainly helps that all the cinematics look absolutely divine with Master Chief and Cortana receiving a new face lift, and the backdrops scaling for miles on end. It’s a gorgeous game that pushes the Xbox 360 to its limit. 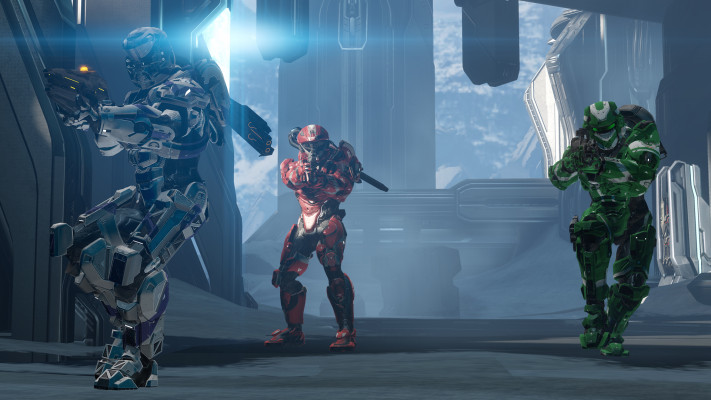 Halo 4 isn’t quite the revolution everybody has been waiting for, but it’s on the right track. 343 Industries have done a superb job in replicating what fans love about the franchise while adding their own distinct style to it. With a meaty and well told single-player campaign, multiplayer that will keep gamers engaged for months, if not years on end, and a bustling community to engage with, Halo 4 is an immeasurable value that will not disappoint.