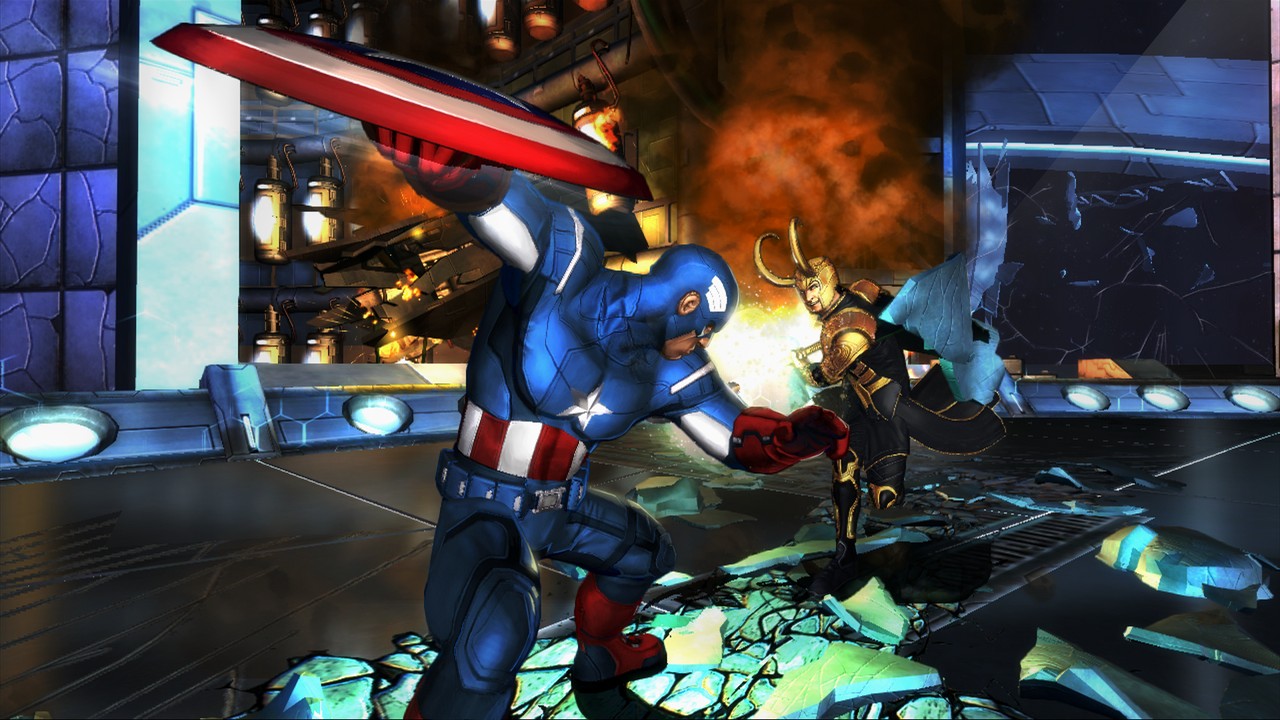 How one of the highest grossing movies of all time could lack a movie tie-in is a mystery. If humdrum turkeys like Ballistic: Ecks vs Sever, The Sorcerer’s Apprentice and Little Nicky (yes, that Little Nicky) can get timely video game adaptions released, it’s odd there wasn’t one for a film practically designed for it. In fact, every one of The Avengers that matter (sorry Hawkeye and Black Widow) got a tie-in with their respective films, making the situation even more perplexing. Still, most every movie tie-in is terrible, so it’s likely just as well nothing was rushed out. As the lucrative launch window has long past, Marvel Avengers: Battle for Earth isn’t a haphazard adaption of the movie, but instead a Kinect fighter with roots in the comics. A casual motion-based game may not be the epic treatment the franchise deserves, but considering the solo Avengers games, it should be welcomed with open arms.

As this remains an adaption of sorts, the biggest surprise is how polished the whole package is. From the moment the game opens up with an impressively rendered CGI sequence, practically everything about the experience is first class. The menus and Kinect prompts are smooth with a clear font, the music and sound effects are crisp and clear and the stylized graphics prove a perfect fit for the title. The only shortcoming is the menu selection. For some inexplicable reason, every Kinect game seems to do menus differently. This uses the select/swipe style, but doesn’t allow enough wiggle room, canceling the selection if your arm moves an inch or two vertically during the swipe. It can be frustrating at times, especially when the menu items are near the top or bottom of the screen. Even those opposed to voice commands may find themselves yelling “Assemble!” (which brings up the voice prompt) to avoid the finicky motion selection. Overall, though, this looks and feels more like a AAA title than a budget cash-in on a popular property.

Marvel Avengers: Battle for Earth is a Kinect fighting title through and through, letting players battle as and against their favorite Marvel heroes. While there is a campaign mode, there isn’t much story to speak of. The game borrows heavily from the plot of the fan-favorite “Secret Invasion” storyline, featuring an alien race named the “Skrulls” whose invasion of Earth must be stopped by The Avengers. The beginning of every stage in the campaign features a snippet of a motion comic to move the plot forward, but they’re generally over in a few seconds. The story never moves outside the realm of explaining why the characters are at a location, with dialogue mainly consisting of lines like “Welcome to The Peak. Two disguised Skrulls want to blow it up. Stop them.” With all the rich storylines of The Avengers comics, it would have been a good opportunity to enrich the game by placing more emphasis on storytelling, but as this is a fighting game, the substandard plot doesn’t hamper the experience.

Gameplay is limited entirely to the Kinect, with combat executed via onscreen prompts. While freestyle punching and kicking is always allowed, all other offensive moves must mimic one of each characters three “Super Attacks”. Each Super Attack is a two-part movement that generally consists of lifting your arms in some way and then pushing them towards your opponent. Combos can be formed by doing two or more Super Attacks in a row, with the successive one started before the end of the last move. This leads to some interesting strategizing, as players must memorize their character’s attacks to be the most effective. Throughout a match, the “Special Gauge” fills up by inflicting or receiving damage, permitting the use of “Breaker” when it reaches 50% and “Ultra” when the gauge is full. “Breaker” knocks down the enemy for a short period of time to stop combos, while “Ultra” is the ultimate move in the game, launching the character into a cinematic where the opponent can be rapidly punched for a short time. As players must throw their out arms as fast as possible to be effective, it’s a deathblow that truly feels rewarding. Most of the combat is focused on the offensive, as besides “Breaker”, the only way to stop an attack is to dodge by leaning left or right. 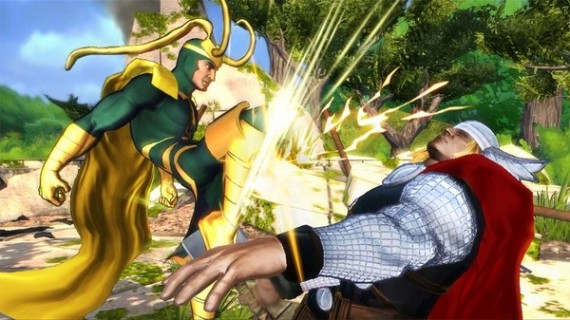 The entire game is tag-team based, with players able to swap characters with a simple hand-raise. Each level of the campaign features pre-selected characters, but the other modes allow any combination of them to be used. Strategy comes into play for health management and combos. After taking damage, part of the health bar will become red and can be restored by “resting” the character by tagging out. To ensure the maximum length of a combo, one can be continued after exhausting the attacks of the current fighter by switching to the other. Both are nice touches that render the system more than a lazy way to extend gameplay.

While the combat could be called “scripted”, it’s actually a very enjoyable system that allows for precision moves instead of the constant confusion that could come from a Kinect fighting game. The sensor almost always picks up the moves and they’re simple enough to execute that matches moves at a brisk pace. The only real issue is how limited combat is. While having only three moves plus punching, kicking and dodging makes the game simple to learn, it starts feeling repetitive at about the halfway point of the campaign. Most matches can be won by simply executing the Super Attacks fast enough with little attention paid to the opponent. Things do get considerably tougher and more interesting in multiplayer, but more variety like deeper move lists and multiple executions of punching and kicking should have been included to increase lasting appeal. 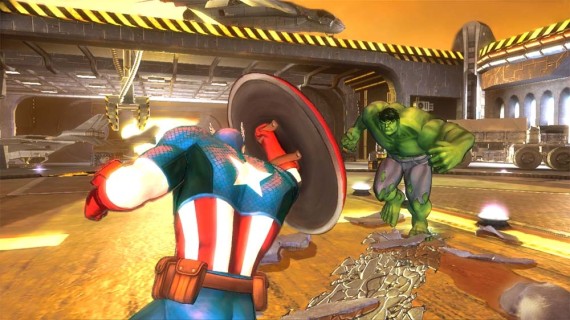 Even though the combat may not be deep, the overall package certainly is. There’s a ranking system built in that rewards a different medal — ranging from bronze to adamantium — based on the amount of XP earned in a match. The XP then transfers to an overall rank (which there are close to a hundred of) that encourages continued play. With an impressive twenty characters included, practically every member of the team is represented, nine of which are unlocked through the campaign. There are alternate costumes for each character that can be unlocked either through the game or DLC, with movie variants of each of the core Avengers awarded via various modes. Besides the campaign, there are six other game modes, including the surprising inclusion of online multiplayer. The amount of content packed in here is impressive for a Kinect game, let alone one based on an existing property, saving the replay value from the limited options of combat.

While a property as strong as The Avengers warrants more than a Kinect game, Marvel Avengers: Battle for Earth rises above the movie-tie in it would have likely received instead. A great opportunity for fans to step into the shoes of their favorite heroes, it’s a fun fighting title that makes great use of the Kinect with multiple characters, modes and an impressive amount of polish. Unfortunately, it’s not a deep game and the limited combat options will disappoint hardcore fighting fans and hurt replay value with casual ones. Still, for a family-friendly motion game belatedly cashing in on the popularity of a movie, it’s certainly better than it ought to be.