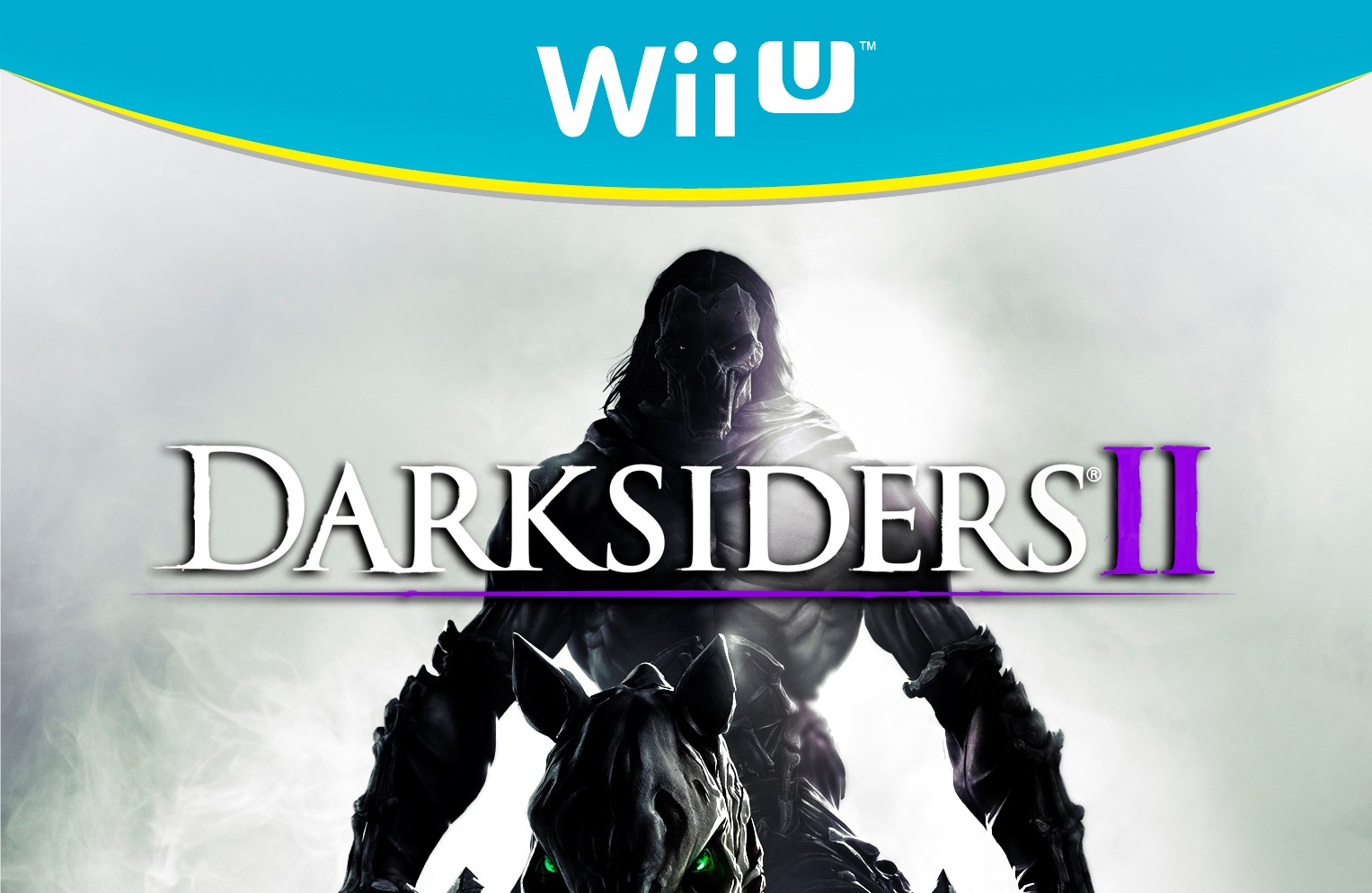 Note: Portions of this review appeared in our Xbox 360 review of Darksiders II.

Darksiders was the perfect example of a new studio and IP coming together to form an instant hit, so it makes sense that the sequel would be chosen as a Wii U launch title. With all of its puzzle based gameplay, weapon swapping and multiple abilities to harness, it seems like a perfect fit with the new console’s tablet-based gameplay. Lucky for THQ, many have already experienced the wonders of the game months ago, but unfortunately for THQ, its adoption will now be largely based on how well the changes are implemented. Let’s recap the game and dig into all the new features this incarnation has has to offer.

Instead of continuing War’s story, Darksiders II shifts protagonists to focus on brother Death. Though experienced through a new set of eyes, the story takes place concurrently with the original. After War is imprisoned by the charred council, Death sets out to prove his brother’s innocence. While the lore is interesting, the plot is largely as incoherent as the first. Those not actively trying to fill in the blanks should prepare to be lost most of the time. With so much potential to weave a riveting tale, it’s a shame more effort wasn’t put into improving pacing and fleshing out details.

Of course, Darksiders has never been about the story; so as long as you know you’re pissed off and killing everything in your path, you’ll do fine. And Death does kill everything. Combat is faster and more fluid than the original, letting you chop baddies in bliss. While much of it still consists of pounding the Y or A button, skills have become more crucial (and fun) than ever.

When a new level is reached, a skill point used to unlock a new Wrath Ability is awarded. Abilities are separated into two trees: Harbinger and Necromancer. The Harbinger Tree is essentially a warrior tree, featuring skills to assist you in combat. The Necromancer Tree features supernatural abilities that range from summoning crows to ripping death apart into a a tornado of deadly bone fragments. While both are immensely helpful, the Necromancer Tree certainly has the “cool factor” going for it. Nothing beats exhuming ravenous ghouls to fight alongside. There are 8 abilities in all (doubling the amount of the first game), each of which can be further upgraded to increase capability.

As fun as the combat is, the most enjoyable aspect of Darksiders remains the Zelda-esque platforming. The exploration/combat ratio has been improved, with long stretches of dungeons featuring multiple puzzles to solve and rooms to explore before enemies make an appearance. Traversing through areas has been vastly enhanced, allowing Death to leap from multiple beams and ledges to reach desired areas. Movement is smooth and works flawlessly most of the time. If you want to jump to your left, you jump to your left. If you want to jump to the right, you jump to the right. Controls don’t have to be perfectly executed to avoid random falls. The approach is a revelation in a genre that is so often plagued with this dynamic.

One of the biggest improvements Darksiders II boasts is equippable armor. Throughout your travels, armor can now be acquired from enemy drops, treasure chests or vendors. There are hundreds of different pieces, each with their own speciality. Armor can be easily equipped by simply holding down “minus” when you find it or swapped out in the menu. The way it’s been implemented doesn’t slow down action for a second, yet makes the whole affair that much deeper.

The most valuable asset of Darksiders II may be its ability to spare frustration. While open-world exploration games tend to be a blast, they can just as easily become overwhelming. Even though the world of Darksiders II is large and features tons of objectives, it’s rare to ever feel lost. Not only is the well-labeled map always at your disposal, but the friendly crow “Dust” is there to guide your way. Simply hold down L3 when you become confused and he’ll fly near where you need to go. The great navigating combined with smooth controls never make the game feel like a chore.

On a new console comes new features that make use of the Wii U GamePad. The GamePad’s screen serves as a instant menu most of the time, allowing for weapons to be equipped and items to be used with the flick of a finger. Outside of gameplay, the controller simply becomes a second screen and displays cutscenes. While it may sound helpful always having the equip screen at your fingertips (literally), it ends up not making much of an impact. As it’s on a separate screen below eye level, it requires looking away from the TV to use it, so it’s not as if it can be effectively used during the heat of combat. The size of the controller also makes it not easily accessible unless your hands are respositioned, so in the end, it really has the same effect as pausing the game and accessing the equip screen through the TV. The only time it really comes in handy is quickly swapping weapons (so long as the location of the desired one is known) during combat, as that takes only a quick thumb movement.

Besides touch screen controls, the game makes use of the Wii U’s accelerometer. Flicking the controller on horseback makes Despair buck forward, while the same movement during combat makes Death dodge. Alternatively, hitting the right button does the same dodge, while a combination of the left and right button mirrors the acceleration effect on Despair. While the motion controls don’t give an advantage over using buttons, they do make the game feel more interactive if used exclusively. Besides the addition of shaking the Game Pad, the rest of the controls largely remain the same as the console version, but mapped to the corresponding face buttons of the Game Pad.

With Darksiders II, the franchise has cemented itself as an essential property among the likes of Devil May Cry and God of War. Even with the scale increasing in practically every area, the game manages to be less intimidating than its predecessor. The story certainly needs improvement, but the gameplay will always remain the main draw. Those who already own the game have no reason to buy it again, as the Wii U version is largely the same as the prior console versions. While they don’t hinder the experience, the touch and motion controls are largely disposable and the graphics prove nearly indistinguishable from PS3 and Xbox 360. Still, it remains the same great game as before, so those who have yet to venture out into the great unknown as Death are guaranteed a great launch title with the Wii U version of Darksiders II.