EA Sports’ most profitable and popular franchise (worldwide) is back, and this time on Nintendo’s new console. Taking advantage of the Wii U’s interactive gamepad, FIFA Soccer 13 looks to please Nintendo fans who may have not taken the jump into the high definition age early. Even if it’s missing features seen on other versions, having control of a team at your finger tips is something satisfying in itself.

Gameplay is pretty much what you’ve come to expect from a soccer game, and it isn’t going to change. You can shoot, pass and maneuver the players through the field in order to score on the opposing net. I assume most people know the basics of soccer, and that’s basically what you get here – with a couple more management options. The Wii U tablet spices things up by allowing the player touch capabilities and gameplay on the second screen. You can pull up stats on individual players or straight up tell a team where to go and where to shoot. Unfortunately, that means taking one hand off the gamepad, making some of the features not all that practical unless you’re managing a team. 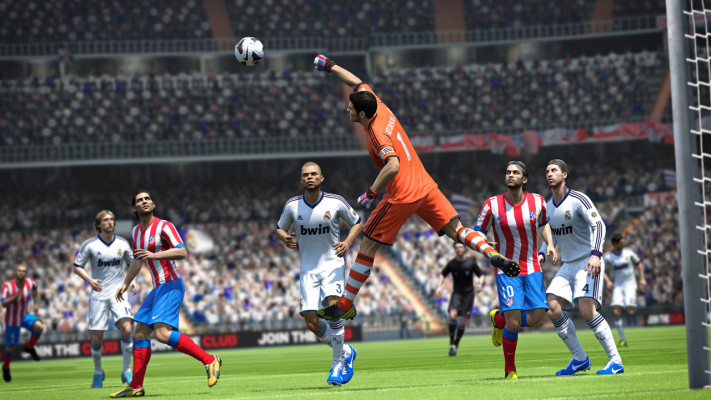 Speaking of which, managing a team places you in the coach’s shoes, but it isn’t all that compelling. As the coach, you are able to instruct teams with formations, tactics and individual orders, telling players where to go and where to pass. The touch screen doesn’t feel as intuitive as it could have and I ended up sending a number of players to poor locations. It does feel nice having a second person instructing the team while you take control of a single player, but it’s generally best to let the AI do what it does best while you choose formations. For hardcore fans of the series it might be nice, but you may as well just play the game at that point.

FIFA Soccer 13 features an overwhelming number of European teams to play as, complete with all your favorite players and individual statistics. While each team can feel a bit similar in play, the game does contain well balanced stats that, if put on auto-play, will result in a realistic outcome if the two met in real life. Some will be battles, some will be breezes. It creates a sense of challenge and strategy, especially online, seeing if you can pull off the upset against a significantly more recognized team in the league. It certainly helps that there’s a wide variety of options to draw you in, including a career mode, tournament mode, and cooperative play. There’s no shortage of things to do, that’s for sure.

One of the few nagging issues with FIFA Soccer 13 is that its frame rate is all over the place. During play, it’s generally running at a constant smooth speed, but it will dip significantly when entering more close-up shots to soccer players. Even the opening ceremony when a match starts will not be forgettable in that it janks all over the place. Thankfully, when playing the actual game, the frame rate feels fluid and doesn’t bounce around too much. 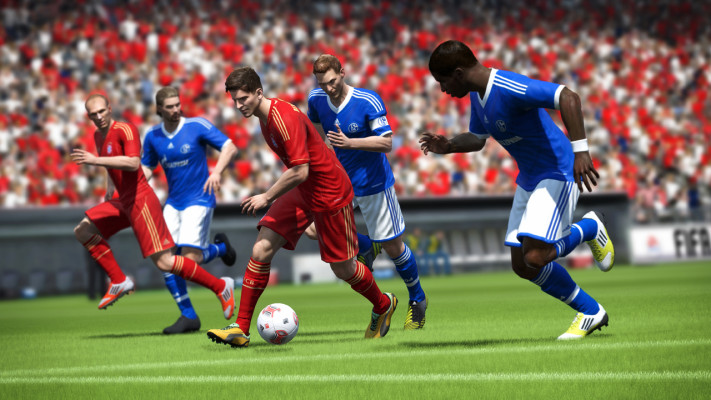 FIFA’s first iteration on Nintendo’s new hardware is a surprisingly robust experience that, while has its share of issues, implements the gamepad fairly well. While the touch controls don’t feel as practical as they could be outside team management, the number of options and stats that can be displayed on the device is still a welcome addition. With true-to-life gameplay, a variety of modes to play and a well implemented multiplayer experience, FIFA Soccer 13 for the Wii U is a respectable step in the right direction.

Editor’s Note: Due to issues brought to our attention shortly after posting the review, we have modified the content and score to better represent the product.