The franchise that mixes Dynasty Warriors and Samurai Warriors together is back once more for an excess amount of hack ’n slash action. While the game initially hit the Xbox 360 and Playstation 3 earlier this year, Koei has decided to bring this historically inaccurate franchise to Nintendo’s new console, offering additional features and characters. With so many unnecessary ports, is Warriors Orochi 3 Hyper the Wii U’s hidden gem?

Before diving into how the transition to the new console has been, it’s best to get the overall structure of the game out of the way. If you’re unfamiliar with how Omega Force develops their games, just know that they tend to rely on a single button to do most of their work. Calling this game repetitive is an understatement as it’s mainly the Y button that’s being used over, and over, and over again. That isn’t to say that it’s the only way to play the game as there are a number of special moves and charged attacks to be performed, but that’s pretty much what it boils down to when you’re in the heat of battle and swarms of enemies are encroaching on your position. With that said, while combat is very repetitive, this is something that’s surprisingly addicting thanks to the wild storyline and over 100 unique characters to collect. 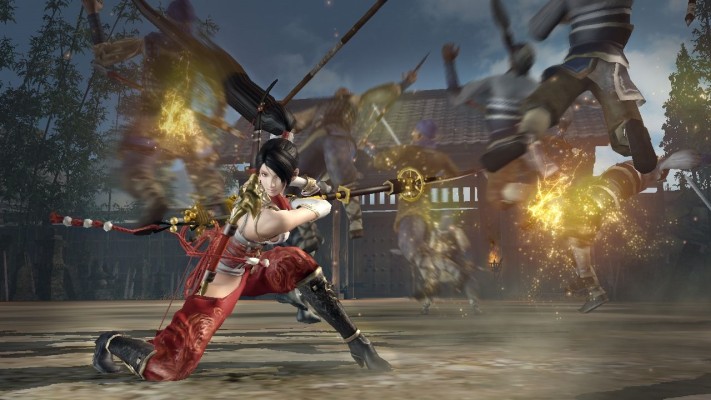 The plotline is absolutely crazy for something set in pre-modern society. Instead of taking an approach of all out war and simply finding your way to the next objective, the story is about a giant hydra awakening, and being unable to beat it in your current state, three main characters must travel back in time to save the people they believe that can help them. It’s a fun and loveable concept that’s played out fairly well, especially when you replay past missions with characters interacting with their alternate dimension self. The story itself feels a bit hidden in the constantly chatter during battle, but it isn’t necessarily throwaway material; it’s just something you can’t take too seriously.

If there’s one type of game I can get behind, it’s allowing gamers to choose between tens, if not hundreds of different characters to play as. Warriors Orochi 3 Hyper does just that as there’s an incredible amount of recruitable characters to find, each one that can be leveled up and enhanced to your liking. It certainly helps that each individual is very distinct with their own move set, but that still doesn’t quite balance the repetitive nature of the franchise. It does, however, encourage players to replay past missions to level up new party members and try their distinctive fighting abilities.

Now let’s get to brass taxes: how the Wii U version holds up. This is a port, and arguably a so-so port at that. Unfortunately, Koei barely takes advantage of the second screen at all, only allowing gamers to walk away from their television and continue playing elsewhere. It streams the same video through both screens with no touch functionality, making this the simplest adaptation of a past game. It’s great that there’s the ability to play on your bed, or wherever you see fit, but there should have been some sort of function that takes advantage of the Wii U’s hardware that differentiates itself from past iterations. It only adds the ability to be played as a semi-portable game. 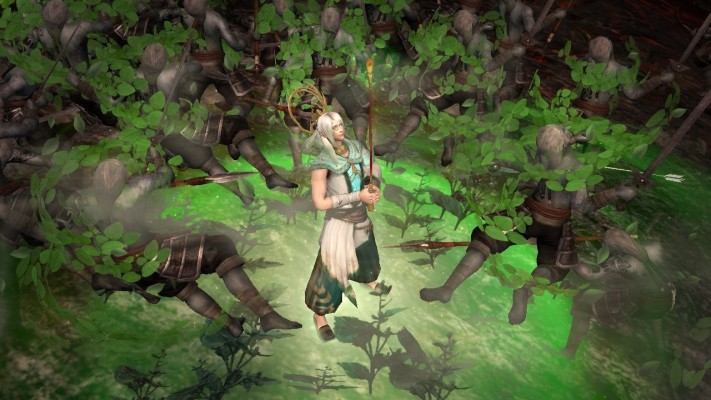 What has been added is a brand new multiplayer mode called Duel Mode. Being able to select a party of three, players will be able to fight another group of characters in a closed three-dimensional plane. It’s essentially taking all the warriors that have been unlocked and putting them up against each other to see who the best is. It’s an interesting concept that doesn’t quite hold up as well in comparison to the rest of the content, but does break away from the traditional mold. The other online modes are still present, allowing people all around the world to play cooperatively during missions, which is more than recommended as it’s a frantic and gripping time, and building your own missions and distributing them over the internet.

While a lot of the main characters can look very well modeled  the rest of the game is visually poor. Most of the environments, while varied, look bland and the enemies may have the numbers on their side, but they look like they were beat with an ugly stick. It doesn’t help that the frame rate drops like a rock whenever there are too many people on screen, and the draw distance on enemies is incredibly random. You can run up into a group and then see an extra twenty or thirty appear right before your eyes. It’s definitely not something that will astonish you past belief. 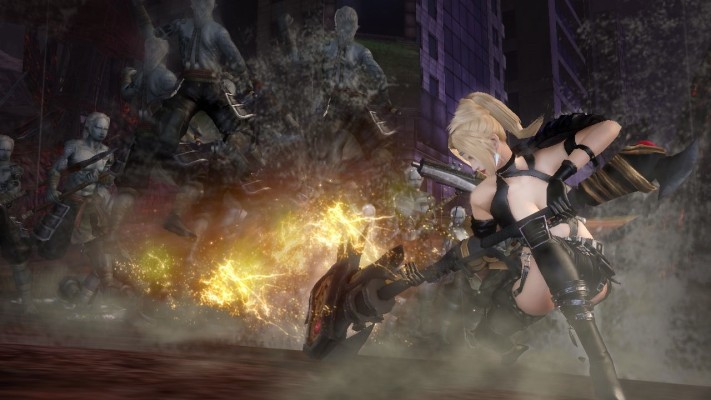 Warriors Orochi 3 Hyper is a surprisingly thick game filled with tons of content, but it means grinding through a tedious battle system that takes a little while to get used to on the GamePad. Even with a shoddy frame rate, wearing down the Y button, and not so hot visuals, it’s offset by the hundred+ characters to recruit, a lengthy single player campaign and an entertaining cooperative mode. It may be a flawed experience, but it’s certainly an addictive one.