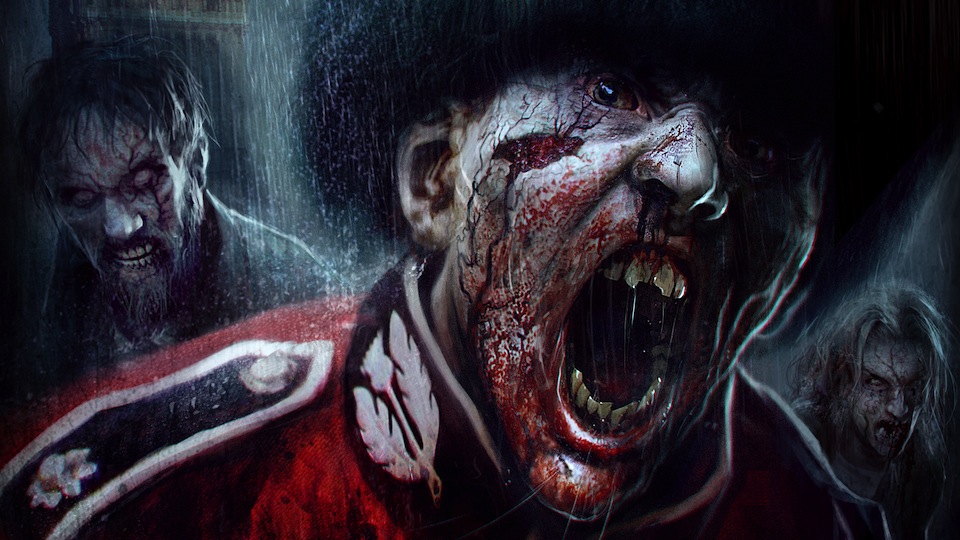 The combination of two properties at the height of their exposure, Wii U and zombies, ZombiU couldn’t have come out at a better time. Given that the same day it was released, a new episode of The Walking Dead continued to break cable records and the Wii U sold out everywhere, it’s no surprise the has game emerged a highlight of the console’s launch. The impressive thing about it, however, is that instead of throwing together a mass-appeal Call of Duty rip-off with zombies, Ubisoft has released one of the most hardcore survival horror games ever created. While many have likely already picked up the game, it’s going to take a lot of commitment to actually get through it — for better or worse.

There’s not much backstory in ZombiU. After a quick intro that’s near-impossible to survive, the game begins with an unnamed character awakening in a subway station to an unknown voice over a PA. Apparently, a zombie apocalypse touted as the second coming of Black Death has ravaged London and left few survivors. While the man, who’s communications comes through the GamePad’s speakers, seems eager to help, it’s not exactly comforting to be sent into abandoned areas full of zombies — the premise for the majority of the game. The subway station remains the base, where items can be upgraded and the game is saved, with new areas unlocked via quests. Quests are mainly retrieval missions, going deep into a creepy area in search of a clue, person or necessary item. Once reached, an area can be returned to at anytime — so long as the time venturing to it is willing to be spent.

While it may sound like an open world game, it remains fairly linear throughout. Yes, areas can be backtracked to and there are multiple quests at times, but usually the goal is simply to follow a blip on the map to the next objective. Areas can be fast traveled to via sewer (hey, it’s better than flying) when the corresponding manhole is discovered in an area, but there’s really not much motivation to go anywhere but the objective; especially considering players will be forced to do that enough with the abhorrent lack of checkpoints and crushing difficulty.

There’s nothing wrong with games, especially in the survivor horror genre, being difficult. Part of the reason why Silent Hill was so memorable was because there was a constant sense of dread that came from certain death looming overhead. You didn’t feel cheated when you died in Silent Hill; it simply meant that incorrect strategy or item management was implemented. Dying in ZombiU, however, happens because it’s impossible to avoid. Handling two zombies is challenging enough, requiring attacks to be alternated between them in order to survive. Any more than that, however, prove impossible to contend with via normal gameplay routes. Those lucky enough to have procured molotov cocktail could use it to dispose of a group, but otherwise it’s going to take some sort of trick to remain alive. The only way I’ve learned to survive an area full of multiple zombies is to step into the previous room after drawing their attention. Once they are close enough, I shut the door and open it briefly to let one in at a time, closing it quickly and bashing their brains in. Sure, it works, but a trick like this should be reserved as strategy for the most challenging pats of the game, not a practically required combat method. 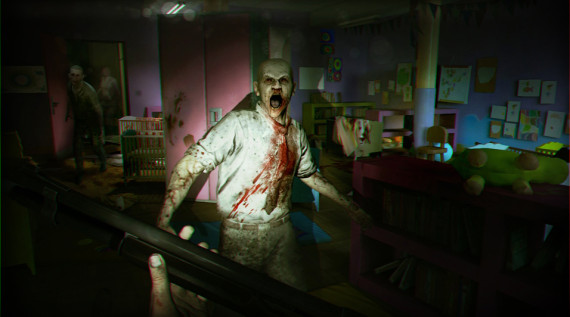 Dying wouldn’t be so bad if it didn’t mean having to start from scratch — literally. There is no central character of ZombiU. Whenever a player dies, they spawn from the safe house as an entirely new person (male or female) with the most basic of items. If an hour is spent navigating through an area only to be killed near the end, it requires having to go through it all again. Thankfully, any zombie that was killed remains dead and your former self becomes one that drops previously held items when disposed of, but having to backtrack through an area as a entirely new person kills any identity with the protagonist and much of the brooding atmosphere. It’s a shockingly poor design choice that would have been improved if there were respawn points and one single character who’s not disposable zombie chow instead.

With all of its flaws, it may come as a surprise that the game remains not only playable, but even inspired at times. Attacks are dealt by holding the ZL button to ready and pushing the ZR button to execute. After dealing enough blows, the zombie will fall to the ground and must be finished off by pressing the ZR button one last time to execute a devastating final blow. While bashing in zombie brains with a cricket bat never gets old, one of the game’s many firearms can be used to blow away the flesh-easters instead. Weapons range from pistols to carbine and fire with ease. Most guns can only hold a few rounds that are hard to come by, so don’t expect to run around guns blazing.

To scavenge for items or ammo, the GamePad (dubbed the “Prepper Pad” in-game) is used to scan the environment by holding down the L button and moving it around. Once initiated, action transfers to the controller screen, which acts as a window into the game. Those not comfortable jerking around their controller can instead opt to use the right stick, but it’s certainly not as fun as using the mode as intended. Besides scanning, the Prepper Pad is also a constant interactive map and the place where items and weapons are used and equipped. To swap weapons or use a health pack, the corresponding icon is simply tapped on screen, making both abilities easy to use during a zombie onslaught. ZombiU is one of the few Wii U games available that relies on constant use of the GamePad and is all the better for it.

Perhaps the most impressive aspect of ZombiU is its sheer intensity. Environments are expertly designed and rendered, featuring famous locals like Buckingham Palace and more common ones like subway tunnels or flats. Everything is highly detailed, with tears in wallpaper, junk scattered around and all kinds of stains on the floors and walls. It’s a very dark game — literally — with nothing but a flashlight to guide you through many of the areas. As there’s nobody else around and zombies pop out of nowhere, going through torn up environments proves very unnerving. Besides “gotcha” moments, there are more unique aspects to conjure trepidation, like dance music and lights inexplicably coming out of the room of a single apartment or a crashed subway with the door stuck opening and closing. As dark and dingy as the locales may be,  there is a surprisingly variety between them that when combined with the difficult gameplay creates a very unique sense of dread not felt in a game in many years.

ZombiU is a frustrating game — both in execution and the gameplay itself. Perhaps the most intense survival horror game ever to grace a Nintendo console, there are elements of fear, isolation and mystery that have never been as executed as well as seen here. Unfortunately, design flaws and unforgiving difficulty lead to frequent moments of annoyance that detract from the unnerving atmosphere. If just a few nagging flaws would have been corrected, ZombiU could have been a revelation for the floundering genre. Still, with top-notch graphics, a huge world and great exploration elements in play, it remains a must-buy for the console for those with the patience to see it through.