Video games have some of the most recognizable characters and mascots in the world. However, they not only need the trademark appearance, but a voice to match. This is a short list of some voice actors who have dedicated much of their talent to video games. 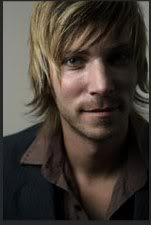 Like many voice actors, Troy Baker began his career with bit parts on cartoons. He was, however, determined to land bigger roles to delve deeper into character and actually bring them to life; his hard work has paid off. In 2012 alone, he voiced Jazz and Jetfire in Transformers: Fall of Cybertron, Robin in Harley Quinn’s Revenge and Kai Leng for Mass Effect 3. His biggest role is yet to come; Troy is the voice behind one of E3 2012’s most talked about games -– The Last of Us.  Troy provides the voice for the main character of the post-apocalyptic epic praised for its artwork and realistic action. With an extensive background in anime, he had many doors open to pursue video game voice-overs. Titles such as Tales of Symphonia: Dawn of the New World and Tales of Vesperia brought the two mediums together allowing him to cross over the two more easily. This connection even struck a friendship with Akira Yamaoka, the musician for the Silent Hill series. The two play in a band together in which they play music from the series. It’s probably a lot less scary without a Pyramid Head coming after you. Know him or not, you’ll be sure to enjoy Troy’s talent in many future games.

Troy stars as Joel in The Last of Us. Listen to that southern accent.

You may not recognize the name, face, or even her voice at times because that’s how talented Tara Strong is. You will, however, 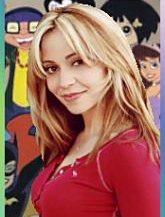 recognize her characters. Some of the 90’s kids will remember Tara for her work as Dil Pickles in Rugrats and as Bubbles in The Powerpuff Girls. More recently she has voiced Raven from Teen Titans, Timmy Turner of The Fairly OddParents and Twilight Sparkle on My Little Pony: Friendship is Magic (shout out to the bronies). Even though she has worked primarily in cartoons, she has lent her voice to dozens upon dozens of video games in many different genres. She is the voice of KAEDE Smith in Capcom’s crazy Killer7, Invisible Woman and Scarlet Witch in Marvel Super Hero Squad: Comic Combat, and even some voices for film adaptations like Ice Age: Dawn of the Dinosaurs. Perhaps her most outstanding performance comes as Harley Quinn in Batman: Arkham City. This dark role is quite the turnaround from where she started, but she pulls it off so well…almost a little too natural. Before working on video games, she was credited with the role of Hip Koopa and Hop Koopa in a 1991 Super Mario cartoon. Perhaps this was a precursor of things to come. Not many can say they provided the voice of a sweet little baby and psychotic clown villain except Tara — her talent has no limit.

Here’s a clip of her as Juliet from Lollipop Chainsaw. 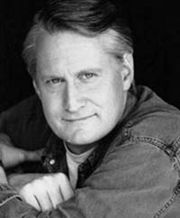 Known throughout the world as the voices behind Nintendo stars Mario and Luigi, Charles Martinet began his acting career portraying minor characters in a couple of games, several television series, and numerous commercials. He did not earn the role of Mario until around the early 1990’s. While attending a trade show in Las Vegas, Charles auditioned for the role of the Italian plumber from Brooklyn. Instead of the rough, thick, stereotypical Brooklyn accent, he went for a higher pitched, family friendly voice. He was the only candidate considered for the role and boy are we lucky he got it. Ever since landing the role of a lifetime, Charles has appeared in nearly every Mario game since. His voice has been used in Super Mario 64, Mario Party, Mario & Luigi: Superstar Saga, and so many more. In addition to the Mario Brothers, Charles has provided the voice of Wario and Waluigi in each game they have appeared. If you didn’t know that then you definitely have no idea Charles has appeared in The Elder Scrolls V: Skyrim as the dragon, Paarthurnax. He’s even had roles in Kane & Lynch: Dead Men, Ratchet & Clank Future: A Crack in Time, and Jet Set Radio Future. One man is responsible for bringing a majority of the Mario franchise’s main characters to life– quite an impressive feat. Many of us have grown up hearing Charles through our screens. We all imitate his “here we go” or “Mamma Mia,” but we’ll never come close. Mario never says much, but his lines sure are memorable.

You can’t tell by this clip that he’s the voice of Mario, but he is!

With a smooth tone and passion for video games, Nolan North found plenty of opportunities to work as a voice actor. He’s had so 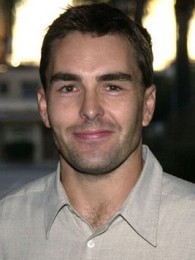 much success appearing in over 150 games during his career that he has been nominated for the Spike Video Game Awards– twice!  Both nominations are for “Best Performance by a Human Male” for his role as Nathan Drake in the Uncharted series. Nolan is such a committed person to the game that he wrote a behind the scenes book about the making of Uncharted 3: Drake’s Deception. That’s not all, he even donned a motion capture suit for the role, lending Drake not only a voice but  movement as well. The character of Drake owes so much to Nolan’s determination that they might as well be the same person — Nolan is certainly cool enough to pull it off. It would take a whole article just to admire how many games Nolan has worked in, but here is just a small sample of some of his credits in the last several years. In 2006 he collected over twenty roles for the year including Ghost Rider and Hawkeye in Marvel: Ultimate Alliance. Two years later, he voiced Jace Stratton in Gears of War 2 and the titular role of The Prince in the Prince of Persia reboot. Nolan has played tons of background characters as well as leading men. He doesn’t care what the job is because he’s such a humble actor. He’ll accept any role just to be a part of something he loves.

Check out Nolan in this clip for Deadpool. 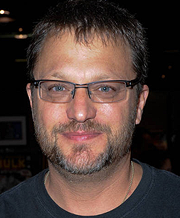 With a Guinness World Record of 261 credits, Steve Blum is without a doubt the most dedicated video game voice actor. Beginning his career in 1981, Steve regularly worked on English versions of Japanese anime including the critically acclaimed film, Akira. He is most notable for portraying growly sounding characters such as Spike Spiegel in Cowboy Bebop, but Steve has an incredible range of talent; he’s voiced cute Digimon, ruthless thugs and a robot who hosted a block of cartoons. That’s right, he voiced TOM for Cartoon Network’s Toonami. Let the wonderful memories come flooding back. Steve’s leading video game roles include Grayson Hunt from Bulletstorm, Jack Cayman of MadWorld, and Zaka in Valkyria Chronicles. These are all dynamite games with great ratings; they just never received the huge followings some other titles have. That doesn’t mean Steve, the King of Voices, can’t find work for those blockbuster hits. He’s appeared in many of the past years hottest —Diablo III and Mass Effect III just to name a couple. He has referred to every character he’s played as his kids. You are guaranteed to get a high quality performance from anything Steve Blum is involved with. Anime, TV commercials, movies, and of course video games have all been impacted by this man’s talents.

Steve as another iconic character–Wolverine in Marvel vs. Capcom 3: Fate of Two Worlds.