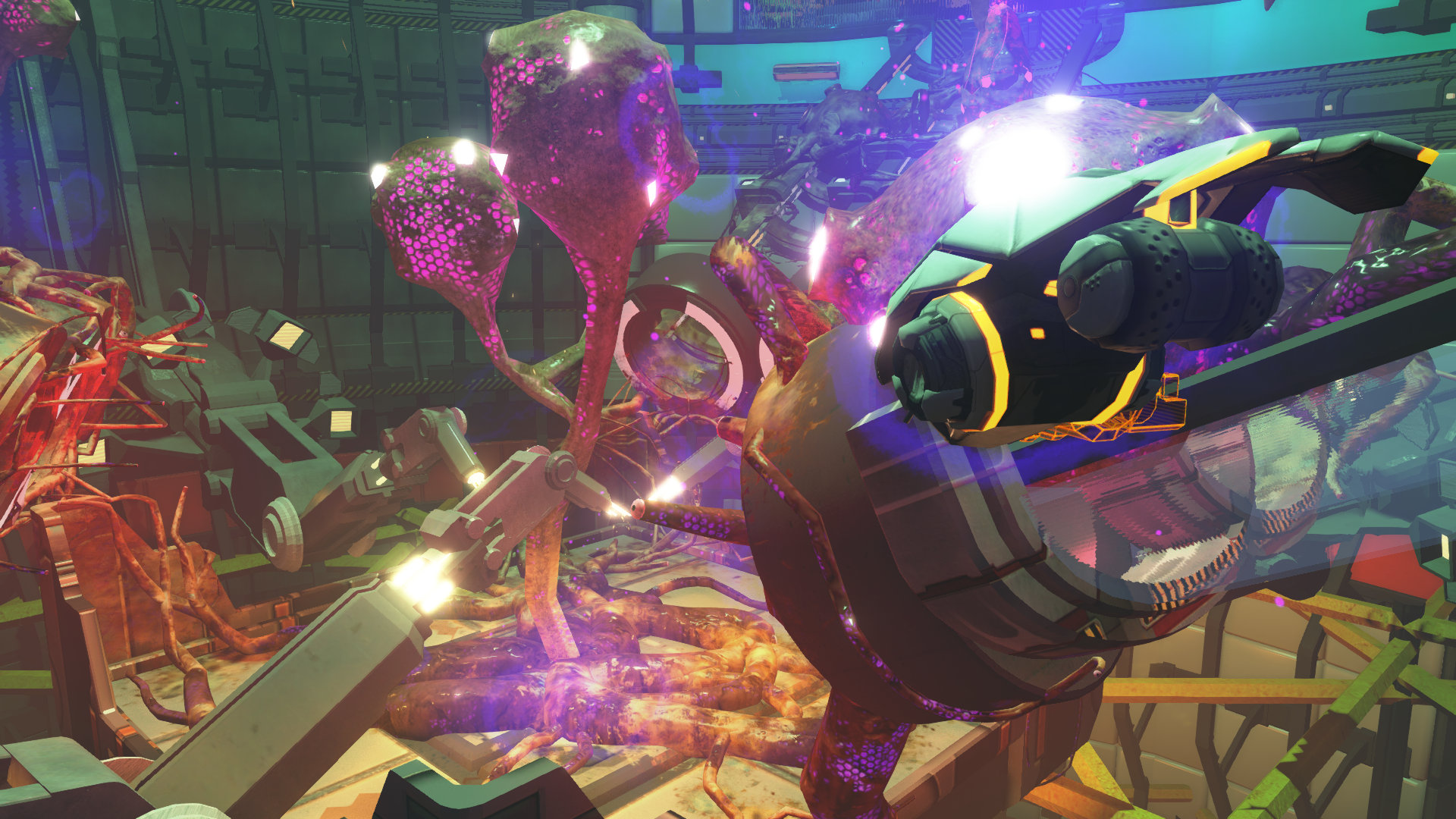 It was sad to see the Retrovirus Kickstarter end unsuccessfully, because anyone who wants to resurrect Descent’s gameplay is fine by me. It even had a good demo to show off how nice the gameplay could be on a machine with just a bit more power than my old Pentium. Thankfully, a failed Kickstarter wasn’t the end of the game, and Retrovirus has finally found its way into the world.

Retrovirus is a six degrees of freedom shooter where you play as an antivirus, shooting down corruption wherever it rears its pulsating purple tentacles in the computer system. Gravity isn’t all that important to an antivirus, so as you fly through the rooms the idea of “up” is what you make of it. You can take the visual cues from the environment or ignore them completely, depending on personal preference, but no matter how you play it’s going to take an excellent head for 3D space to make much progress. 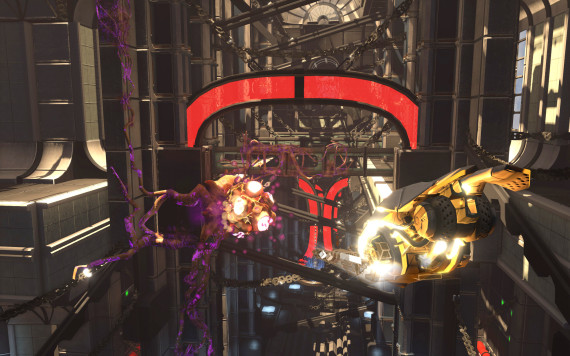 Once you’ve got the complete 3D spatial awareness bit down, Retrovirus turns into a fun and vibrant shooter with a very clever weapon system. Each weapon in the game leaves behind a bit of residue on impact, little bubbles that last a few seconds before fading. The ship also comes equipped with a scanner, which shoots a circular ring into the distance that, logically enough, scans whatever it passes over. Scan an enemy and you can see its outline behind an obstacle. Scan a door to open it. Scan the residue from your shots, however, and all sorts of interesting things can happen. Most guns in the game have a different secondary effect when hit by the scanner, and learning how to use them is going to make the larger battles a lot easier. The twin guns you start with have explosive residue, while the shotgun makes mini gravity wells. Shoot an enemy, scan it to activate the gravity and drag a cluster of enemies into a tight ball, and unload everything you’ve got to lovely destructive effect.

As you destroy enemies, though, you’re also accumulating data, and once enough has been accumulated it can be spent on power-ups. Think the machine gun would be better with more precision? Or maybe the scatter of its fire would work even better if you had two. You can pick one or another but not both, and they’re in different categories, too. Each powerup chosen has a secondary effect of increasing player speed, shot speed, or overall health, depending on its category, adding an extra wrinkle to the choice. Fortunately the decision is easily reversed, allowing you to play around with the powerup loadout.

The 6DoF shooter is a tricky beast, but Retrovirus does a good job of taming its quirks. Enemies are basically dumb, but strong enough to be dangerous if you’re not careful. The levels are twisty, but not so bad as to be unmanageable, and when things get confusing you can hit the H key for a line to the next objective. Combat, which works great with the mouse and keyboard, is a fast and fun throwback to an older style of FPS, loaded with action and exploration but also willing to mess with your head until you come to grips with what true 3D freedom means. Once you get past the vertigo, Retrovirus becomes a great little shooter that also resurrects an FPS sub-genre that absolutely deserves its new lease on life.