In 2009, Atlus released a dungeon crawling JRPG for the PSP called “Class of Heroes”. A niche game released at the end of the handheld’s lifespan, it was met with a lukewarm reception and mediocre sales. While the series received two proper sequels as well as spin-offs in Japan, Atlus was not interested in pursuing localizing the series further for obvious reasons. Enter Gaijinworks, an upstart publisher who has predominantly released digital download ports of founder Victor Ireland’s former company, Working Designs. They announced they would pick up where Atlus left off and release Class of Heroes 2 for the PSP stateside. Except it hasn’t gone entirely to plan.

The project first received attention from a Kickstarter launched in March last year as part of the wave of post-Double Fine forays into the world of crowdsourcing. The goal of the Kickstarter was to raise $500,000 to produce a deluxe version of the game and help fund localization. Even though a bevy of rewards were offered, the project failed to raise 20% of its goal, finishing unfunded just shy of a hundred thousand dollars. While the goal was admittedly too lofty and raising close to a hundred grand is impressive, it certainly did not bode well for the release. Almost a year went by and not much was heard from Gajinworks about it until this week, when the publisher announced they were again trying to produce a physical version of the game.

Apparently, the digital version is finished and ready for Sony Q/A and set to release at $24.99 on PSN as soon as possible. Not one to be easily defeated, Victor and Gajinworks announced that if they could get 2,500 gamers to agree to buy a physical version of the game, they would produce one. It would run $34.99, include a color manual, UMD and digital download code and likely be available exclusively through the publisher. If the goal is met in the next 7-10 days, which is currently sitting at just over 500 pledges, a pre-order program will be created. 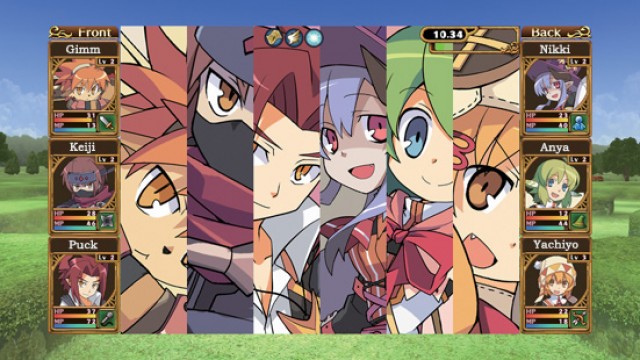 While it’s made great strides in only a few days, we’re concerned about the viability of a physical version. The Kickstarter originally raised $96,951 (which was returned to its backers due to its failure), but only 763 pledges were enough for a deluxe physical version of the game. Granted, said version cost $24 more than the current physical version, but it included an embossed box, standees, a soundtrack CD and a faux-leather manual and artbook. Surely anybody that would buy a $35 barebones physical version would have paid $24 more for the deluxe version, raising the question of if there will be any additional interest this time around.

While time has gone by, it’s not as if the game has picked up steam (at least any that’s publicized) in that time. There may be a few additional parties interested, but over a thousand more? If anything, there’s always the chance that those originally interested have moved onto greener pastures. It’s possible that the new program reaches its goal within the week, but all that’s needed to pledge for it is a name and e-mail. Surely the passionate few who want the game have pleaded for friends to sign up simply to reach the goal. It’s fantastic exposure for the release regardless, but there could be major consequences if any amount less than half went through with buying the game.

We fully support physical releases for niche JRPG games in 2013; most everyone on the staff still has prized Working Designs special editions sitting on our shelves. But, we just don’t see how viable it is to release this game physically — as much as we’d love to own a copy. Perhaps it’s time to let the dream of holding a disc with a plastic case around it die and focus on the more commercially viable and realistic digital version of the game so we can all get on with playing it.