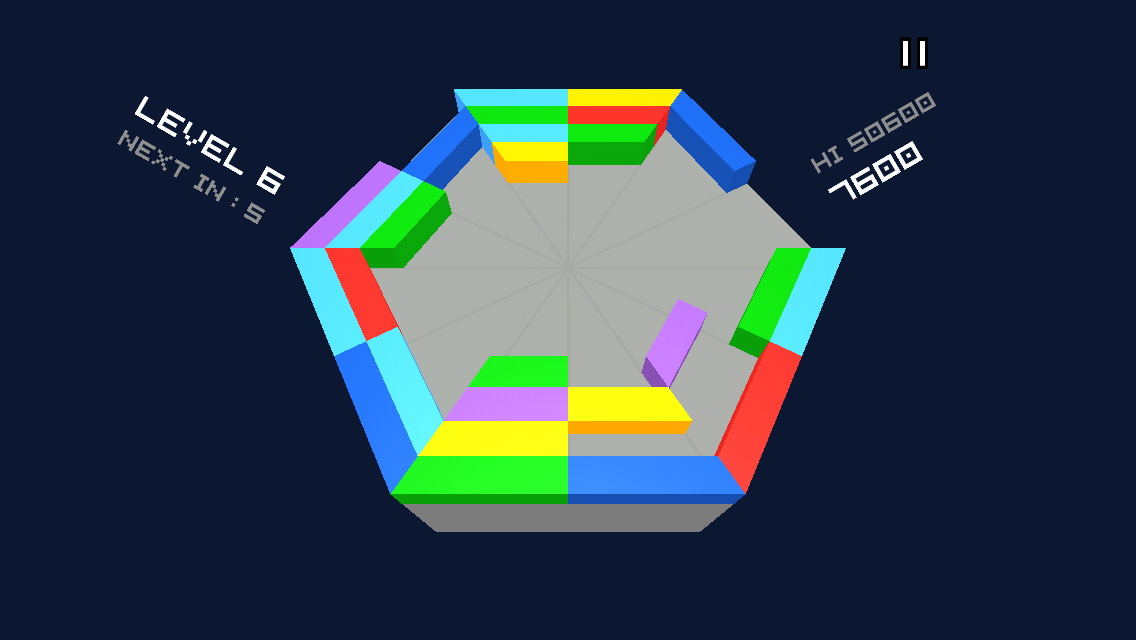 On the mobile front, there are many, many awful things masquerading as video games these days, so much that a quick peruse of the App Store is enough to make a true gamer sick to their stomach. For every decent title, there seems to be a truckload of abominations. Thus, when a solid release does come along, it seems all the more salient. That’s what Prior Games’ debut iOS release is: solid — solid enough to live up to the hype set by the studio’s first outing with Sine Mora.

Rotolla is a simple game. Best thought of as an intense puzzler, it’s the kind of title that feels almost too rudimentary at first. The game is set up by having players looking at a hexagon. In the middle of the hexagon spawns shapes. The shapes can come in variations in terms of numbers and colors, so sometimes players will get one shape to work with, or four. The polygons spawn in the center and slowly work their way to the outer border of the hexagon. As they pile up on the outskirts, they will inevitably encroach upon the middle if they’re not taken care of. If they get to the point that the next set of shapes cannot expand outward, it’s game over. To avoid this, players have to line up like-colors, so the polygons disappear and free up more room. Obviously, over time and as players continue to do well, the difficulty ramps up.

This all sounds basic, and that’s because it is, but that’s also why Rotolla works. Even how the game controls is super intuitive. A mere touch on the right or left side of the screen will rotate the divergent pieces, while a tap at the bottom of your iOS device will send the shapes charging to the outside quickly. It’s great to see a game like this nail its controls so flawlessly; the wonderful level of responsiveness does much to contribute to its cause.

In case it hasn’t hit you yet, Rotolla is like Tetris, but for the modern age. Everything about Prior Games’ puzzler is easy to understand but immensely enjoyable. The game becomes a trial of besting high scores, which is most apparently encouraged by the implementation of worldwide leaderboards at the ready with just a simple tap on the title screen. The gameplay of Rotolla is the kind of thing that will keep players practicing and from putting the game down. In actuality, that’s Rotolla’s staple: it’s sickeningly addictive. The phrase, “one more game” sums up the entire experience, because this is the kind of title that can’t just be played for a minute or two, despite cleverly disguising itself as that kind of game. While it’s possible to play Rotolla for a quick session, players will undoubtedly be sucked in for longer than they planned. Then again, because the game is so simple in its concept and execution, it certainly lacks substantial staying power. Outside of aligning shapes, there’s nothing else to do; no extra modes, no multiplayer — just one way to play and that’s it.

Fortunately, the game’s production values are enough to make up for any other underwhelming elements. The whole game has a very minimalistic approach, from the aforementioned gameplay to the aesthetics and audio. Ultimately, this is a game that packs a punch with as little fluff as possible. For starters, the game utilizes a heavy throwback, 80s synth pop soundtrack that is every bit as revitalizing as it is brilliant. This level of sheer excellence is mostly due to Akira Yamaoka manning the musical helm, and bringing his esteemed pedigree to the table. The visual presentation is delightful too, in that its highly stylized, yet substantive enough to evoke imagination. The window dressing is very reminiscent of the Bit.Trip games in that its straightforward, yet make use of the entire color palette to create a product that’s quite visually pleasing. 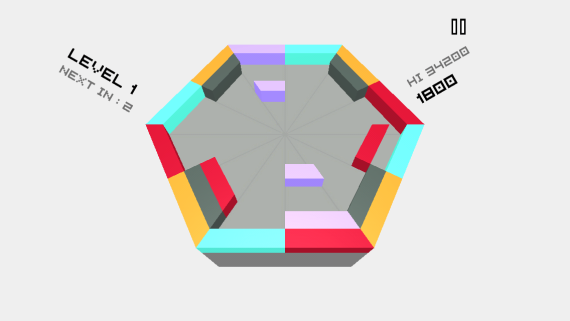 Rotolla is the kind of game that most will play on the bus, on the train, waiting for an appointment or when they’re just generally looking to kill time. Unfortunately, merely playing one round can quickly turn into five if one is not careful. This is mostly due to how addicting the gameplay is. The wonderful visuals and audio craftsmanship do much to keep players hooked as well. While the game may eventually wear out its welcome, since there’s only one mode, it’s hard to deny how fun it is to play. In essence, Rotolla is the Tetris of this generation. It’s accessible, easy to understand and heinously challenging — all the ingredients a game needs to thrive in the mobile space.