Pokémon news has been hot lately, with it now being announced that a Wii U game, Pokémon Scramble U, will be available in Japan this spring. This is a sequel to Pokémon Rumble which came out as a WiiWare title. The scan below indicates up to four players will be able to play with every Pokémon from all five generations. The game is a real-time melee-battling game that can feature up to 100 Pokémon on the screen at a time. 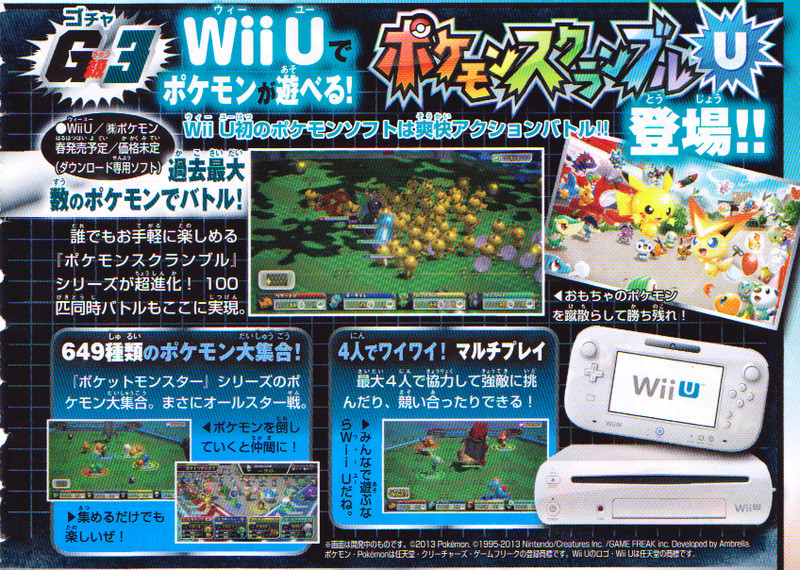 In more Pokémon news, a new one has been revealed. A month ago, the announcement of a brand new Pokémon game forced the internet to explode with rumors of the next generation. One highly anticipated Pokémon was confirmed late last night— another evolution to Eevee. This cute creature pictured below does not have a determined type or information on how to obtain it yet. The only clue we have is its Japanese name— Ninfia. Two Eevee evolutions have always been announced whenever they are new, so we should be getting one more soon. 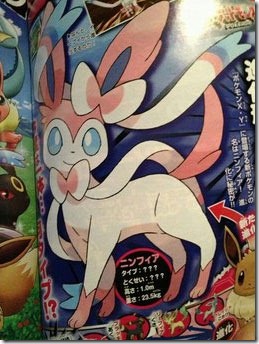