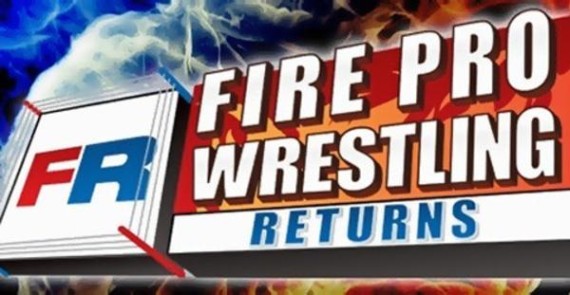 Fire Pro Wrestling Returns is another one of those releases that was missed because of poor timing. While WWE continues to churn out shallow wrestling experience after shallow wrestling experience, Fire Pro has been one of most consistently well-received and intricate wrestling titles on the market. Known for its huge roster, expansive movelist and a whole host of match options, Fire Pro is the apex of its genre.

Now, purists might say that Fire Pro Wrestling Returns isn’t the classic that Fire Pro Wrestling S was, but it’s nonetheless the most complete and well-rounded entry in the series. Though there have been minor tweaks to the game’s engine, 2D sprites still reign supreme in FPW, thus there’s no 3D rendering to be seen. So instead of focusing on the superficial aspects, Fire Pro Returns solely concerns itself with delivering a nuanced gameplay experience, allowing for some of the most fluid and rewarding grapple-matches around. At the time of its 2007 release, the game retailed for a measly $20 exclusively on the PS2. Considering the breadth of the experience, most fans would’ve easily paid double, or even triple, that; the title is just that good. It’s a shame that it was released long after the PlayStation 2 was relevant. Had it made an appearance just a few years prior to its actual launch, gamers may have gotten a true sequel — not that offensive thing they called Fire Pro Wrestling on XBLA.

If you consider yourself a wrestling fan, or have ever been a wrestling fan at any point in your life, or just like fighting games, you owe it to yourself to track down a copy of this game. Gamestop currently sells it used for six dollars –- SIX DOLLARS! There’s no reason not to own this game. 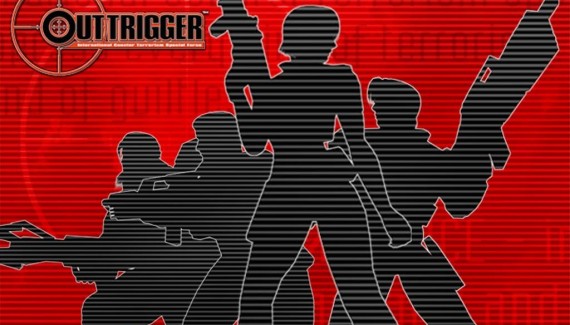 Outtrigger is the Dreamcast equivalent of Quake or Unreal Tournament, except infinitely better in nearly every way. Fast, flashy gameplay chockfull of bunny-hopping, rocket-launching, machine-gunning and bullet-dodging goodness makes it a riot of an arena shooter. Better yet, Outtrigger is of the notion that the more chaotic things are, the better the end result. Therefore, guns are big, explosions are bigger and all the game’s maps are claustrophobically small, making the action all the more frenetic and irresistibly exhilarating. At its very core, the game is designed to incite some of the most ridiculous, adrenaline-rushing showdowns around, and certainly accomplishes that mission with perfect accuracy.

What’s most impressive about Outtrigger however, is its rigid adherence to 90s gaming norms, all the while maintaining a strong sense of relevance even by today’s standards. If the Dreamcast library had more entries like OT, perhaps the system’s fate would have been different. Although Outtrigger was an online-driven multiplayer experience, its fast-paced, shoot-till-you-drop mentality was bar-none. It didn’t worry about including a contrived storyline or unnecessary extras, rather understood that it was, above all else, an arcade-shooter, meant to be played in short bursts. Yet, while Outtrigger is a game that can be played for five minutes, it’s also the type of title that can be played for five hours. That’s a rarity. It’s even rarer to play a game these days that focuses on doing just one thing really well — most spread themselves thin, trying to be multiple types of games, but in the process lose their identities and provide sub-par experiences because of it. Not Outtrigger, though.

Ultimately, a game like this is begging for an HD remake. In this time of gaming, where it’s commonplace to revitalize all but dead genres, Sega’s Outtrigger would serve the industry in a big way, and re-open the doors to a category of games considered to be something of a relic in the year 2013. 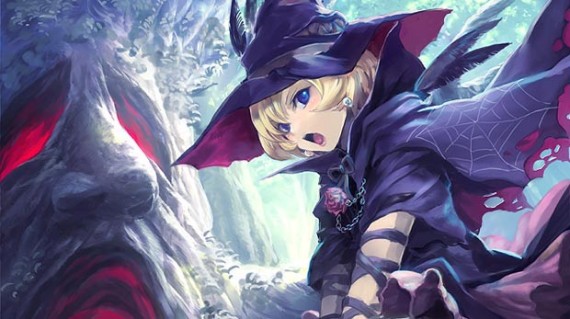 SHMUPS are not the most mainstream or newb-friendly games around. In actuality, they are unapologetically merciless on their fans. They are some of the hardest games on the market, and will truly teach gamers a thing or two about patience. But even with their super limited appeal and audience, there are certain ones that come along just begging for well-deserved attention due to their combination of surprising accessibility and capacity to meaningfully advance their genre – a genre that has not evolved in over two decades. Thus, when Deathsmiles came along, it was important to take notice, not just because of what it did well, but also what it meant to its ancestry’s future.

By the by, Deathsmiles is a brilliant shooter. It’s a game about wits, good hand-eye coordination and a masochistic desire to die over and over again for the purpose of proving to friends and yourself that you have the patience and balls to take on a game that will eat you for breakfast and laugh while doing so without blinking. Even with its ruthless difficulty though, Deathsmiles is a resounding success for itself and all SHMUPS. It boots a delightful little story, wonderful music, and gameplay that is white-knuckled, pulse-pounding fun. Better still, it includes a slew of options to keep players coming back for more long after the main story has been completed.

Perhaps most significant, however, is that it genuinely encourages new players to give it a shot. Yes, its level of challenge may put off some, but there are various difficulty levels to choose from, of which the easiest is rather manageable. Introducing shoot’em ups to new players is hard because of the morale-crushing mechanics, extreme necessity for super-human levels of manual dexterity and the requirement of an ample supply of perseverance. Fortunately, for those willing to put in the time and effort, Deathsmiles rewards its players in big, wholly satisfying ways, should they stick it out. At the end of the day, CAVE’s loli-toting shooter made a retail release on the most popular console of this generation and captured the hearts of those who played it, and that counts for something big.

Kingdom Under Fire: The Crusaders is what happens when a developer infuses tactical elements into a traditional hack n’ slash, Dynasty Warriors-inspired game. That being said, The Crusaders is the epitome of barbaric, face-punching action. Seriously, this game is as primal as primal comes. Bone-crunching melee attacks, inescapable arrow barrages and huge area of effect spells are just some of the elements that outline the very essence of Kingdom Under Fire. On the surface, this all may have that “been there, done that” feeling, but to entertain that thought is to think fallaciously. This is more than the everyday brawler. This is an amalgamation of issuing on-the-fly squad tactics and laying claim to incalculable number of enemy soldiers with steel and sorcery.

The Crusaders is more than its brutal, epic battlefield combat, though; it’s also a great roleplaying game. There are bouts of exploration between battles, character histories to delve into and a deep plot to indulge. It should be noted, that it doesn’t incorporate these RPG elements in a hamfisted way like so many cross-genre games we do today. No, the roleplaying elements felt natural and added to the experience, elevating it to a level not otherwise attained without them.

Really, Crusaders is the total package, one that was so successful that it spawned a few sequels and an MMORPG. But Kingdom Under Fire is not just a great action game, it’s just an excellent game in general — one of those that made the Xbox a magical console full of boundless brilliance. Should Kingdom Under Fire receive a proper next-gen follow-up, you can bet your bottom dollar that we’ll be there waiting, with bells on. 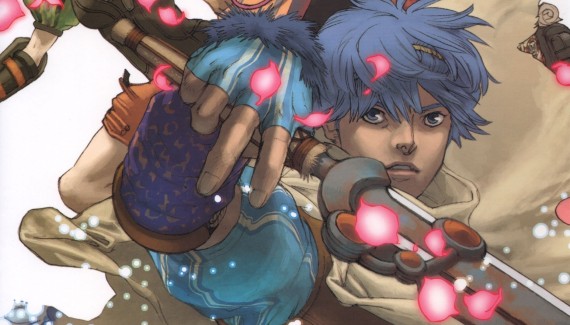 There are quite a few RPGs on this list, but Baten Kaitos: Eternal Wings and the Lost Ocean feels particularly special. Perhaps its the clever use of familiar design with newfangled mechanics, or maybe it’s the mouth-wateringly sweet visuals that have stood the test of time despite the GameCube’s technical limitations. Nevertheless, Baten Kaitos feels like it belongs on the original PlayStation, and I mean that in the most complimentary way possible. It has everything that was great about the era that popularized the JRPG genre; in fact, despite coming out at a time when the JRPG craze was dying down, it still managed to outshine some of the biggest players in the game.

Unfortunately, the GameCube was never known for having a vast RPG library, or even a decently sized one. Because of this, not many turned to Nintendo’s little box to get their roleplaying fill; that was left to the PlayStation 2. Thus, it makes sense that most gamers did not play Baten Kaitos. It also makes sense that most people couldn’t even pronounce the game’s title, which probably further pushed interested passersby away.

Regardless of the reason for not finding the kind of commercial success it rightfully merited, Baten Kaitos did go on to spawn a sequel – an inferior one, but a sequel all the same. Because of this, we’re bound to believe that at least a good number of folks purchased the original game, which reignites our belief in gamers. It’s just a shame that many who admire this genre rarely talk of this gem. It certainly deserves to be mentioned in the same breath with the Final Fantasy X’s and Dragon Quest VIII’s of the world.