The once PC exclusive Crysis has gone along ways since it first debuted in 2007, adding more visual fidelity and combat variance to the mix. Since then, though, the first person shooter space has changed drastically, offering more games with a stronger focus on multiplayer aspects and cinematic set pieces. Crysis 3 looks to blend an open area setting with cinematic storytelling in offering a visual spectacle like no other, but how can it stand on top of an already crowded marketplace? The answer is simply the nanosuit.

The Crysis series has never been well known for its impactful storytelling abilities, a sentiment carried over in the third iteration. While there are some absolutely spectacular events, ranging from dams bursting open to facing multiple giant Pingers at once, the story is rather nonsensical. Crysis 3 takes place over twenty years after the last game where CELL is basically running the desolate and ruined New York City while the alien-force Ceph are still fighting for control over the world. There’s a significant lack of meaningful characters and you’ll find yourself more interested in how you’ll approach the next situation rather than what’s happening next in the plot. It’s more the universe that Crytek has established and the point-by-point moments that will have you enticed in what’s to come. Unfortunately, most of the dialogue and emotional story twists lack much of a punch and feel rather stale. 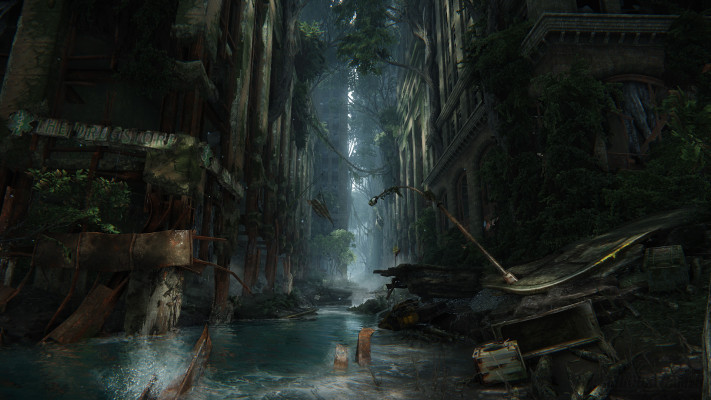 While the shiny graphics will have visual fanatics jumping for joy, it’s the combat variety that made Crysis something special. It’s not necessarily the arsenal, but how you use the weaponry effectively. The ultimate nanosuit has barely changed as the standard stealth and armor modes are back for more playtime. It would have been nice to see an additional set of abilities, but what we have serves as a strong array of gameplay mixtures. Every scenario, generally, can be approached in a silent manner, but the game feels as if it’s pushing more towards a firefight than anything.

The biggest problem with the gameplay is that it’s much too dry. While each scenario will give you plenty of options to approach, it’s basically the same formula over and over again. Enter a large area, find all the enemies who are scouting, kill or sneak by them, and do it again. There’s one stunning area late in the game that shows so much potential of what the game could have been where it’s an absolutely massive open space populated with both smaller alien units with heavier ones. It was a hectic war where the rest of the game felt like the enemies were planted in the environment just to act as a progression stalling factor.

It certainly doesn’t help that enemies can be overly intelligent in seeing you from afar when the smallest piece of your body is peeking out. It almost feels like they’re artificially putting you into a gunfight when you don’t want to be in one, making it a bit more challenging to go around and play stealthy. It’s also worth noting that Crysis 3 is surprisingly easy. Having played it through on Veteran, my death count was still in the lower single digits as nothing really gave me a run for my money. On a positive note, the always adaptive and changing soundtrack will have your head bobbing and adrenaline rushing when things get chaotic. 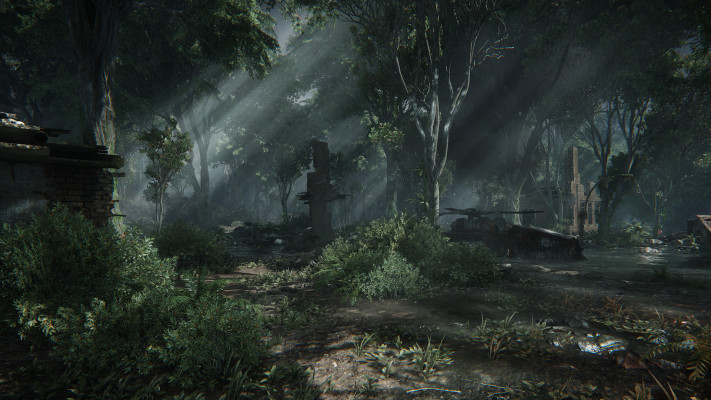 Our time with the shooter was primarily spent on the PC and there’s a reason behind it: the game is a thing of beauty (if your rig can power it). Despite a couple of unpolished spots, the world has been finely crafted to something that has never been seen before in a video game. Lush forests, tall grassy areas, moody ruined cities; Crysis 3 has it all and it looks absolutely astonishing. There’s a perfect blend of both linear narrative and condensed open area environments that are vaster than the series’ latest installment. You don’t need the most powerful computer rig possible to play the game, but top of the line graphics cards and processors are required to obtain maximum performance (having both, I still was unable to get a steady 30 frames per second maxed out). The depth of field, smoke effects, and subtle animations you may or may not notice; these are the things that make Crysis 3 the visual benchmark for not only this generation, but what’s in store for the next.

The single player campaign isn’t the only part of Crysis 3’s appeal, as the diverse multiplayer experience has been upgraded from the last go-around. This is probably the most appealing part of the game, as it brings everything you’ve come to love in the single player campaign into a competitive match-up. Taking the nanosuit’s abilities and applying it into a multiplayer environment adds a certain level of diversity that differentiates itself from most modern or futuristic shooters on the market. The Hunter mode is by far the most appealing to anyone who enjoys the series’ stealth elements as it puts regular enemies up against fully nanosuited hunters who are quietly stalking you. It’s an incredibly tense experience, especially if you’re on the prey’s side of things as not knowing where an overpowered killing machine will hit next is a pulsating experience. 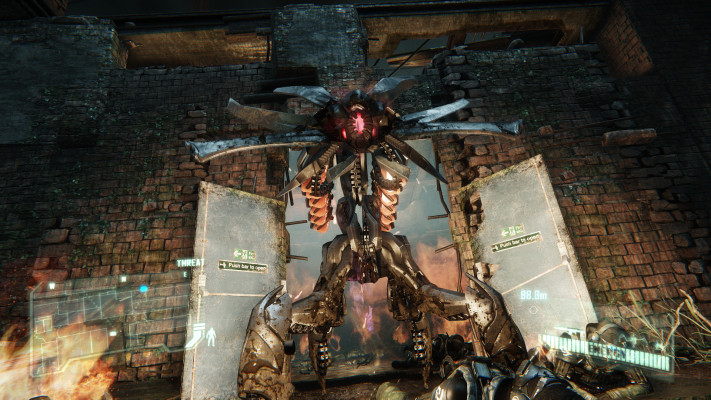 It all comes down to style over substance. On one hand, the visuals are absolutely breathtaking, but on the other, the progression and gameplay doesn’t do anything meaningful. Crysis 3 feels more like a graphical showpiece to usher in a new generation of visuals rather than setting up believable and exciting combat scenarios. Sneaking around and essentially being Predator feels great, but there’s no evolution through the campaign and it just feels like more of the same from start to finish. If it weren’t for the visuals, this would only be an average shooter with a kick-ass bow.