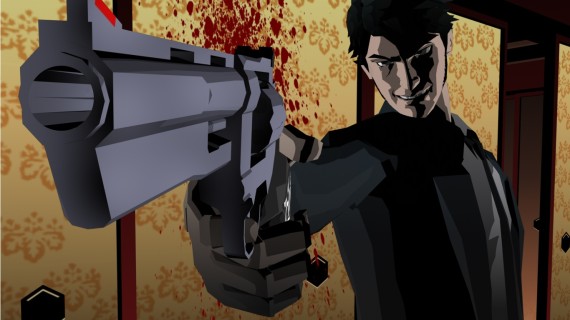 Killer 7 is that game that theoretically shouldn’t have worked, or been good at all, but defied all convention and logic and was instead superb. From the demented mind of Suda-51, Killer 7 is a pseudo on-rails shooters with a heavy emphasis on vibrant, neo-noir aesthetics, grotesque violence and more weirdness that one would think humanly possible. Its graphical presentation is what the game is most known for, as it is one-hundred percent unique without ever feeling contrived or pretentious; a feat many games can’t accomplish (here’s looking at you, every-indie-game-pretty-much-ever).

What K7 should be heralded as and most remembered by though, is its excellent use camera work and intuitive controls that resulted in a highly rewarding experience for the player. This was made all the more powerful thanks to the title’s effortless mixing of accessibility and complex design into one eloquent piece of art. While calling the game “art” is subject to one’s opinion on the matter, what is clearly objective about Killer 7 is the provocative storyline that will make your head spin with delight and confusion all at once. In actuality, that phrase summates all of Killer 7, and is the very reason why it’s on this list. Do note, the GameCube version is the definitive iteration. Therefore, if you can track down a copy, certainly attempt to find the GC release. 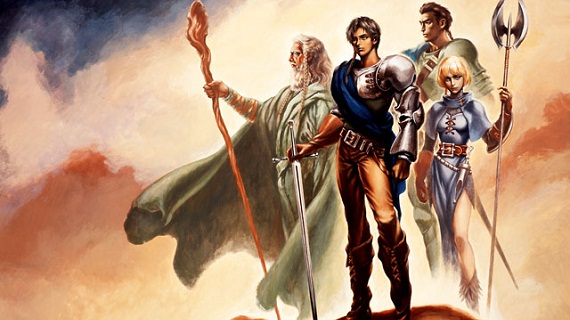 Often considered the forgotten game of the series, Ogre Battle 64: Person of Lordly Caliber is reminiscent of the very first Ogre Battle on the Super Nintendo. Blending the iconic elements of all Ogre games, Person of Lordly Caliber has everything it needs to tell a compelling tale of intrigue, romance, betrayal and of course, war. What is most striking about Ogre Battle 64, however, is its refusal to pull any punches. Though the Nintendo 64 is mostly thought of as a family-friendly console, Lordly Caliber does not cater to a young audience, at all. In never settles on giving the player a watered-down version of its tale, for it knows that all its plot twists must be delivered exactly as planned, in order to hammer home the game’s heavy message.

Ogre Battle 64 went mostly unnoticed due to its time of release, which came at the end of the 64’s lifespan. While folks were caught up in the hype of the GameCube, PlayStation 2, Xbox and even the Dreamcast, the N64 and what we would consider its swan song, was but a small rumbling inside a beast that had long since fell into slumber. Interestingly enough, games like Ogre Battle 64 ultimately earn the credit they deserve down the road, through the occasional retrospective or talking amongst gamers who lived through the time; but to this day, not many people talk about or even remember Quest’s wonderful tactical-RPG.

Maybe that’s the most heartbreaking part of Ogre Battle 64’s story: it simply should be noticed, but isn’t. It saddens me to think on just how many gamers will never know how unequivocally exceptional a game it is.

Aside from its overtly sexual implications, Fear Effect is more than just its well-endowed, vixen protagonist who exudes sexuality with every word that rolls from her exquisite lips. In fact, beyond those aspects, Fear Effect is a depiction of an entire generation of gaming. In one fell swoop it’s managed to summarize the PlayStation One era with precision. Employing lush, pre-rendered backgrounds, hard-edged polygonal character models that sport an attractive slathering of cel-shaded goodness, static camera views, four game discs to carry the horde of full-motion video cutscenes and dynamic gun play married with environmental puzzle solving, this 2000 action-adventure title is every bit gritty noir thriller as it is the personification of Sony’s brilliant grey box.

If nothing else, Fear Effect should be viewed as a game that pushed a console and its audience to their limitations. The game’s narrative took on a number of sensitive subjects, while its gameplay managed to make the title more than just a product rooted in envelope-pushing social commentary. A game that has a message to deliver, as well as great gameplay, characters and world should be considered a timeless.

We should also take a moment to thank our lucky stars that the Uwe Bowl film adaptation of the game fell through. God only knows that we don’t need another BloodRayne/House of the Dead/Alone in the Dark. 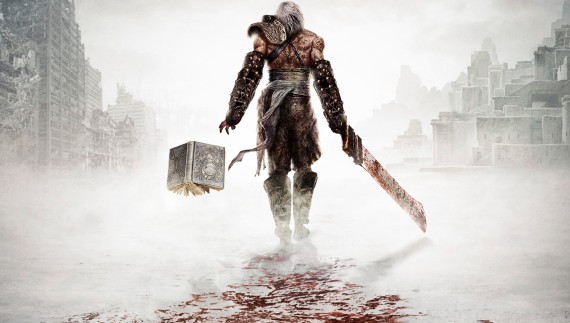 It’s disappointing, and borderline offensive, how little press coverage Nier received. Not only is it one of the most accomplished and lovingly crafted action-RPGs of the past decade, it’s poignant on every discernible level. A story of a father going to the ends of the world to save his daughter, Nier’s tale is pungent, utterly heartfelt and equally as wrenching; it’s also one ripe with existential grandeur. Though, its merits do not hinge on its story exclusively.

Instead, Nier totes some heart-pounding combat and the best, I said the best, soundtrack of any roleplaying game, well, ever. Is that too big of a statement? If your answer was “yes”, then you clearly haven’t played the game. Although Nier will go down as a hidden gem that unknowingly crawled onto the PlayStation 3 and Xbox 360, those who have played it will forever remember it as the game that shook them to their very core. It’s thematic meaning and visceral emotionality is a reminder to what it feels like to love, uncontrollably and with every ounce of our being. A game that can rock a player to their humanistic core should be considered a marvel – a powerhouse – an enduring success – a tribute to the reason why we play video games.

Crimson Skies: High Road to Revenge is an accomplished little game that clearly demonstrated how well online console multiplayer could work. Sure, there was a single player campaign to be played, and it was wonderful, but this 2003 arcade flight game was one of the primary reasons, if not the single reason, to subscribe to Xbox Live a decade ago. The online experience was without lag or technical hiccups, and provided intense dogfighting action for anyone to enjoy. Hardcore or casual, players’ level of gaming devotion never detracted from the enjoyment and intensity Crimson Skies’ online component had to offer. The game’s deiselpunk setting made it all the more enticing, giving players a creative alternate history in which to play.

For those who have toyed around with the High Road to Revenge, they will be quick to recognize how precise the controls are, and how sound it is in construction and execution. It’s presentation is top notch, its customization and play options are commendable and its level of pure, unadulterated fun is unrivaled. As video games grow larger and more complex, Crimson Skies stuck to the notion: keep it simple, keep it exciting, and you’ve got yourself a winner. Our hope is that Crimson Skies: High Road to Revenge is recalled for its ability to unite gamers of all kinds under the flag of marvelous competition. Titles like this paved the way for the type of brilliant multiplayer we have today. Without it, we wonder if gamers would have as mechanically rich and as technically flawless multiplayer experiences as they do. It’s imperative that we not forget the big impact a small game can make. Crimson Skies certainly proved that theory to be true.