In the midst of all the industry hustle and bustle, it’s easy to miss out on certain games. Titles that haven’t been marketed well, smaller projects from unknown developers, timing issues that resulted in games being overshadowed by bigger, more recognizable series; regardless of the reason, great games slip under the radar all the time. Some of these releases end up being the ones that should have defined an era, but didn’t  That’s what this article is — a recounting of the top 20 console games of the 2000s that you may not have heard of or played. So without any further ado, let’s get to it.

Know up front, this is not a game for those who enjoy effortlessly trouncing their way through endless strings of bad guys in order to claim victory at the end without so much as a battle scar or blemish as a reminder of the obstacles overcome. No, instead this game will powerbomb, People’s Elbow and piledrive players into submission. But it’s this level of challenge that makes Viewtiful Joe so important. It’s a game that never forgets where it came from, and does a damn fine job paying homage to the titles that paved the way for gaming as we know it today. It’s important to do that from time to time; to not forget one’s roots. 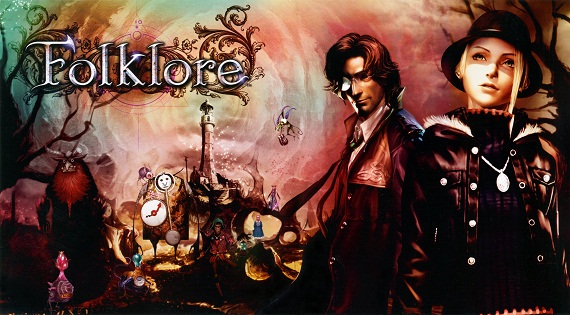 If there is any game on this list that I wished would have succeeded from a sales standpoint, it’s Folklore. This game is beautiful; awe-inspiring; a perfect combination of intriguing narration and wholly captivating gameplay. Folklore can best be described as a more awesome, macabre version of Pokemon, but with far better combat mechanics. At its core, the game is an action-RPG where players collect creatures to use in battle and level up to become all-encompassing bad asses. In this regard, it’s like Pokemon because there’s a certain addictive quality to capturing and maxing out all of the game’s Folks.

And yet, Folklore is really a one-of-a-kind title. Its visuals and story alone are unique enough to warrant a playthrough, but the fact that it’s one of the most polished games on any system of this generation solidifies it as one of the all-time greats. The production values are off the chart, treating players to a gorgeous, imaginative world that feels both dark and whimsical simultaneously. To cap it off, however, the game gives players the option of two playable characters to choose from, providing a doubly lengthy adventure with interconnecting tales that weave together wonderfully.

I play a lot of RPGs, so this next statement does not come without thought or weight: Folklore is one of the best action-RPGs of this generation. It should be played by anyone who enjoys artistry in all of its forms. From the masterful storytelling and plot pacing, to the robust battling, to the collecting of creatures to build an enormous cast of monsters to display in combat; Folklore is a game that simply must be experienced. If you can help it, find a copy. Play it. Love it. Cherish its mere existence because there’s was nothing like it before, and there’s been nothing like it since.

The Panzer Dragoon series is one of those franchises that doesn’t have a bad game in its bunch. Nope, every single installment is solid through and through. Because of this, many folks hold it in very high regard. Therefore, since each entry in its lineage seems to be better than the last, Panzer Dragoon Orta had some big shoes to fill – shoes, some thought, that simply couldn’t be filled period. Thus, when the game launched in 2003 on Xbox, fanboys, critics and even casual gamers were taken aback by Orta’s majestic beauty. A game truly crafted from the passion, dedication and vision of the same team that had won players over time and time again in the 90s, Orta was hands down a triumphant return to a kind of game that had been long since forgotten.

In all honesty, Orta isn’t all that dissimilar from any of the previous PD games: it’s on-rails, there are dragons, evil empires to topple and lots of flying on the back of a giant beast. In that respect, same old, same old. Where Orta carves out its own identity from the rest of the pack however, is in how much better it does everything those games before it did. It’s the ultimate example of refinement perfected. There’s a reason why so many have called it the best rail shooter of all time. It’s hard to find a perfect game — that’s mostly because they don’t exist. That being said, Orta hits pretty damn close to the mark. It’s the definitive Panzer Dragoon game, and one of the original Xbox’s defining titles. Hell, we bought the system just to play it. And you know what? We don’t regret that decision for a second.

Grandia II is a game with heart. It’s also one with an immeasurable amount of charm. Part of this is thanks to it having one of the strongest character medleys in any JRPG, but another portion is due to its thematic storyline, wonderful soundtrack, combat system that still stands head-and-shoulders above the crowd and a visual flair that feels like a feast for the eyes. In essence, Grandia II is the kind of game that made the Japanese roleplaying genre so damn prevalent in the early part of this century. Sure there were the big hitters, like Final Fantasy, Suikoden and Xenosaga, who hog most of the fame, but hidden treasures like Grandia II irrevocably played an integral part in forming the genre as we know it today.

Unfortunately, and  like so many others on this list, Grandia II ultimately fell victim to being overshadowed. Due to some bad timing, and bad marketing, most gamers who owned a Dreamcast will recount their roleplaying days with another JRPG: Skies of Arcadia. Considering both games came out within mere weeks of one another at the end of the year 2000, Sega’s heavily advertised Skies of Arcadia is the title most people played. While Skies is in a league of its own, it lacked certain qualities that Grandia most certainly had. Grandia II primarily goes unnoticed, though, because it didn’t set out to redefine the genre. Instead, it built upon the principles established by the greats before it.

As a result, the title feels very traditional, which may have turned people away. We, however, embraced its conventional feel — after all, that familiar JRPG flavor wasn’t all that familiar back then; it hadn’t been beaten into the ground yet. Thus, we took the game for what it was, and appreciated the story it had to tell, for it was one of substantive importance, touching on topics of faith, morality and the bonds we share with those we consider family, regardless of our genetic ties. Its message was clear and swift, intentional and powerful, heart-warming and sympathetic. 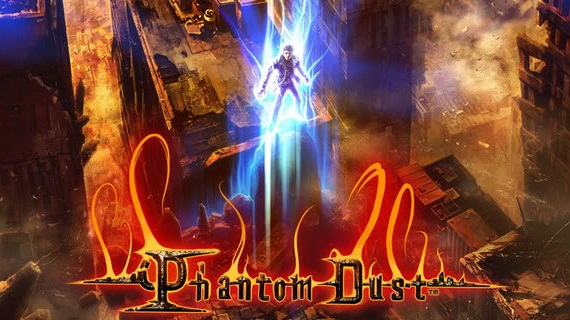 And here we are: finally at number one. Phantom Dust may just be the most unique and best game to come out of the sixth generation. It truly had everything a title needs to shine and be considered a classic. From the guy that brought us Panzer Dragoon, Yukio Futatsugi, Phantom Dust is, from all angles, the personification of originality. From its interesting, and quite Japanese, take on post-apocalyptic living, to its equally as intriguing and flawlessly executed narrative, to the kinetic gameplay that left hands shaking with excitement and tension; this unknown gem is a hardcore gamer’s dream.

What Phantom Dust should be remembered for most, however, is its addictive qualities that cleverly lie in wait for anyone who picks it up. Combining elements of a collectible card game with the fundamentals of an arena fighter, Phantom Dust’s hook is its emphasis on collecting skills and then building customized decks of abilities to take into battle. Once a strategy has been sorted out, it’s off to the actual combat, which plays out like a third-person brawler of sorts, except players can only attack with skills that are pulled from their deck and randomly implanted into the game environment. When an ability is picked up in battle, it’s then mapped to whatever face button is pressed when the skill is picked up. From there, players are tasked to run around with the analog stick, all the while doing their best to dodge and kill their opponent with the assigned attacks.

Phantom Dust is so successful because it encourages players to find their place in its world; it wants folks to create their own strategies, and does this without ever putting parameters on how they should or shouldn’t experience the game. Like to get up close and personal with the enemy; create a deck that focuses on short-ranged burst attacks. Enjoy sniping from a distance with a shedload of defensive skills to neutralize your foe’s onslaught; well, there are skills for that kind of setup as well.

Phantom Dust doesn’t hold players’ hands, rather drops them into a beautifully ruined world with seemingly endless options at their finger tips. With top of the line production values — including some of the most authentic character designs ever, and a soundtrack that is breathtakingly gorgeous – and solid gameplay mechanics, Phantom Dust should be played by anyone who has ever enjoyed video games. Although it goes criminally unnoticed by most, primarily due to it being released at the tail-end of the Xbox’s lifespan, its contribution to the industry speaks volumes. More games need to bleed this kind of creativity. This is the lifeblood of our beloved form of media. We hope that developers never forget Phantom Dust, for doing so would be forgetting what makes video games, video games. And that would be perhaps the most saddening tale of all.

And so all we have left to say is simple: thank you, Phantom Dust, for all you’ve done, and for all you will do.

And there you have it, folks: the top 20 games of the 2000s you never played. It’s been a long ride, and we appreciate you sticking with us through all four parts of this feature. Sound off in the comments section to let us know your stories with any of the 20 games; we’d love to hear them!