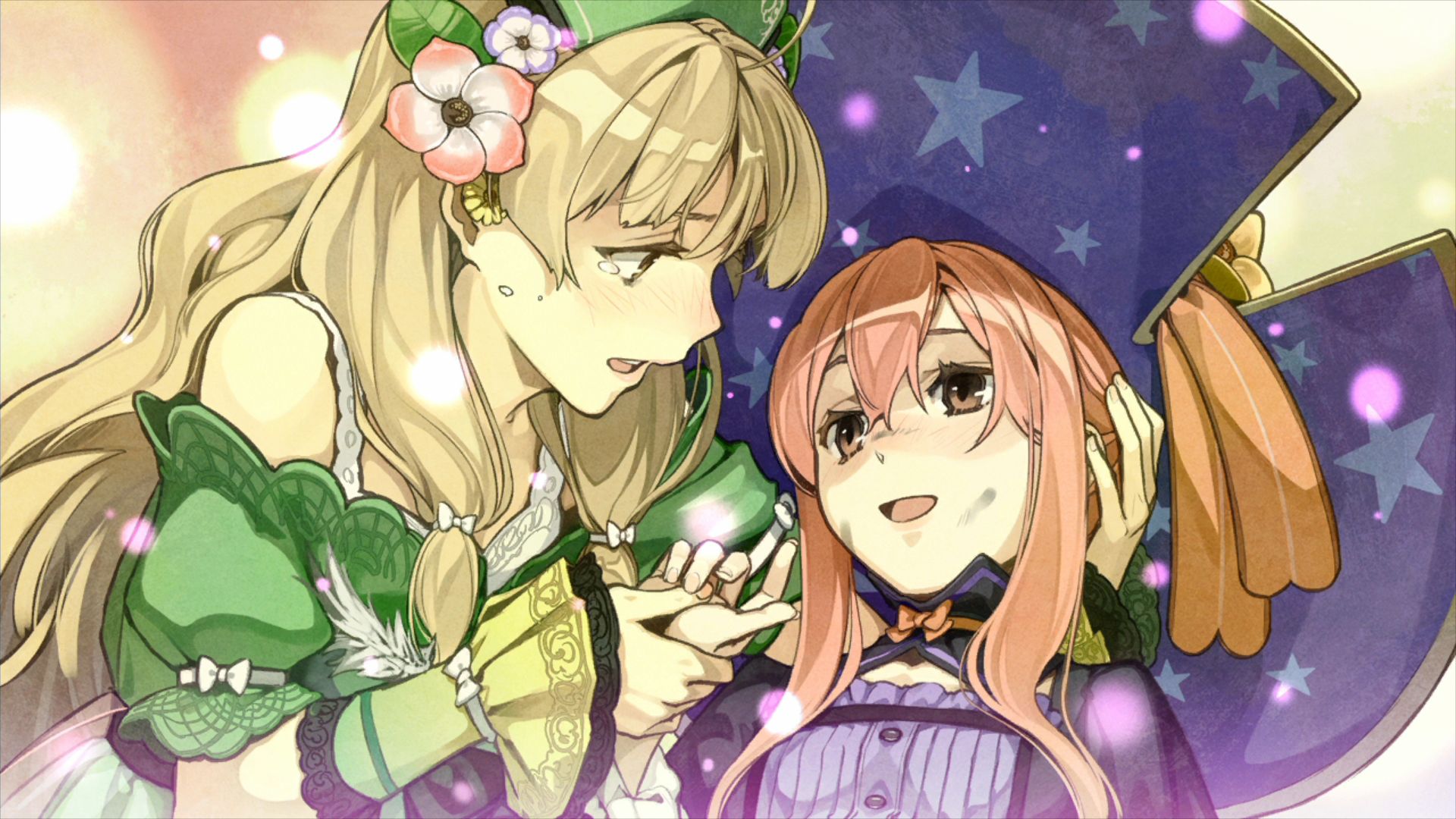 Atelier Ayesha: The Alchemist of Dusk marks the franchise’s fourth entry on the PlayStation 3, but despite having many successful predecessors to pave the way, Ayesha feels like something of a step forward and backwards. It focuses on many of the elements that made the previous games such cult classics, while seemingly stripping away some of the series’ most renown features. In doing this, it would appear developer Gust has gone to great lengths to make this an accessible installment for all gamers. But while this approach is very welcoming to newcomers, some veteran fans will feel left out in the cold by the questionable design choices.

Atelier Ayesha: The Alchemist of Dusk packs a storyline that is meant to be emotionally driven. The game follows the story of Ayesha Altugle, a young gal who has been eking out a living in her desolate workshop ever since her grandfather died and her younger sister turned up missing a few years back. Ayesha maintains a living by making and selling medicine, and seems content with this lifestyle at the beginning of the adventure. It’s only when she finds out that her younger sister is in fact still alive that she decides to embark on a journey to find her.

As a result of all this, the story in Alchemist of Dusk is meant to feel impacting and ripe with emotionality, but never quite delivers on that front thanks to a generally uninteresting cast. Ayesha is quite likable, but is surrounded by a troupe that feels one dimensional. Because of this, the story has a hard time gathering steam and an even harder time maintaining a level of significance that equates to the player ever actually caring about where it’s heading. It is, however, quite fantastic at how many endings there are to unlock, making the standard, 60-hour playthrough far longer for those wanting to go back multiple times to see all the plot points.

Though, judging an Atelier title strictly by its story merits is unfair, because this is a title that heavily emphasizes gameplay. Like many before it, The Alchemist of Dusk employs a combination of combat, exploration and item synthesis to make up the bulk of its content. For starters, combat in Ayesha feels far more tactical than any system used in the games before it. Players can now freely move around the battlefield and provoke attacks of opportunity by using smart positioning. What this means is players will now be able to engage in attacks from the front, side and back, all the while doing extra damage depending on their character placement and the enemy’s weak points. Better yet, skills now have proximal-effects which push players to position themselves strategically on the field of combat in order to perform successive attacks and gain advantages only available when in just the right spot.

This adds a layer of battling depth that simply did not exist in the previous Atelier games. It’s due to this system that combat in Ayesha is actually fun – a feat not really accomplished by its precursors. That being said, the battling is no cake-walk, and players should be aware that even the most basic encounters can be difficult.

Again, though, an Atelier release isn’t just about its combat. In fact, some would argue the series is best known for its item synthesis, or fitting alchemy component. Unfortunately, this is the game’s biggest disappointment. Those who have played any of the previous installments know that the item synthesis process in these games is meant to be deep and complex. Ayesha’s is neither of those. Instead, it’s a simplified version that places intuitive design over engaging mechanics. So, instead of learning to expertly micromanage one’s supplies and ingredients, everything is streamlined. This is the upside of things.

Sadly, traits are no longer chosen by the player, rather awarded automatically. This equates to gamers no longer adding skills onto rare materials found in some backwater dungeon somewhere on their own accord and to their liking. As a result, to make decent goods with decent attributes, it will strictly hinge upon the quality players achieve in the crafting process. This cuts down on the meticulous nature of scouring the entire world for certain ingredients to create mega- items, which again feels intuitive, but also detracts from what has made the previous games so special. Consequently, some players will like the decision to emphasize seamless experience over loot-hunting extravaganza, but it’s likely that long time fans won’t take kindly to the change-up.

And then there’s the exploration factor. Atelier games usually present worlds that seem interesting enough to check out, but due to the time-constraints placed on the story and exploring dungeons and towns, players are never really encouraged to delve into the world’s lore. As an RPG, it’s imperative that the game’s setting have a history, and one that is intriguing. Ayesha doesn’t have one of those, though. See, each day in Alchemist of Dusk must be taken advantage of, in order to accomplish as many tasks as possible. This is the case because gamers are given a set number of years at the beginning of the game by which they must complete the story. Thus, the game becomes one of pick-and-choose when it comes to objectives, side-quests and mini-games. Poor time management and a lack of forethought can result in earning a lesser ending. So, strategic scheduling is necessary for those wanting to achieve the best possible outcome. There are some who enjoy this mechanic; however, most fans that we’ve talked to, including ourselves, feel limited by this. It discourages exploration, can feel unnecessarily stressful and does not promote a sense of taking things at one’s own pace.

What’s far more positive about the game is its presentation. For starters, Ayesha boosts one of the best soundtracks of the series. Melodies are heart-touching when they need to and pulse-pounding when fighting for one’s life is necessary. In other words, it uses its score very well, and is just beautiful on the whole. The same can be said about the art style. Though it may look like standard anime stuff, it has its own sense of uniqueness that is seen most in its character designs. Unfortunately, the gorgeous character portraits that showed up during talking and text scenes in the past are no longer present. This would do wonders for the game, especially considering A. there’s a boatload of talking/text segments and B. the graphics overall are not very good. Environments are the biggest culprit, with bland design and lacking any type of textural depth. What’s shocking, then, is the fact that the game’s framerate chugs when too much is happening on-screen. At least characters look and animate well, so there is a silver lining. 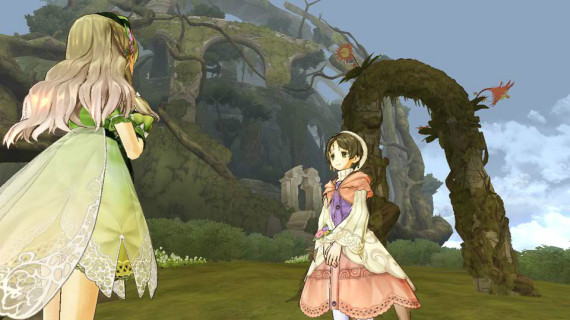 By the by, Atelier is a franchise that has been sustained by a niche audience. Now that Gust is obviously trying to extend their reach further, and connect with a broader population of gamers, it’s hard to not wonder if their attempts are simply for naught. No matter how streamlined they make the game’s features, this is still a very specific kind of game for a very specific kind of person. In fact, the mere inclusion of the features that have made the series what it is inherently limits who is going to enjoy it regardless of how intuitive those mechanics are. Thus, streamlining these concepts seems pointless, segregating and like a slap to the face of the loyalists who have supported the company’s most prized series. Nevertheless, taken for what it is, and stepping outside of the realm of fandom, Atelier Ayesha: The Alchemist of Dusk is a competent game; its combat is solid, its alchemy system is fairly fluid and the art and soundtrack are charming. Unfortunately, the story, characters, graphics, alchemy limitations and returning time-constraints make Ayesha a title that’s hard to fully endorse. With some fine-tuning and a more effective blending of old mechanics and newfangled, newcomer-friendly ones, Gust may have a top-notch JRPG hit on their hands next time — but only next time, because this time they’ve missed the mark ever so slightly, despite their intentions being in the right place.