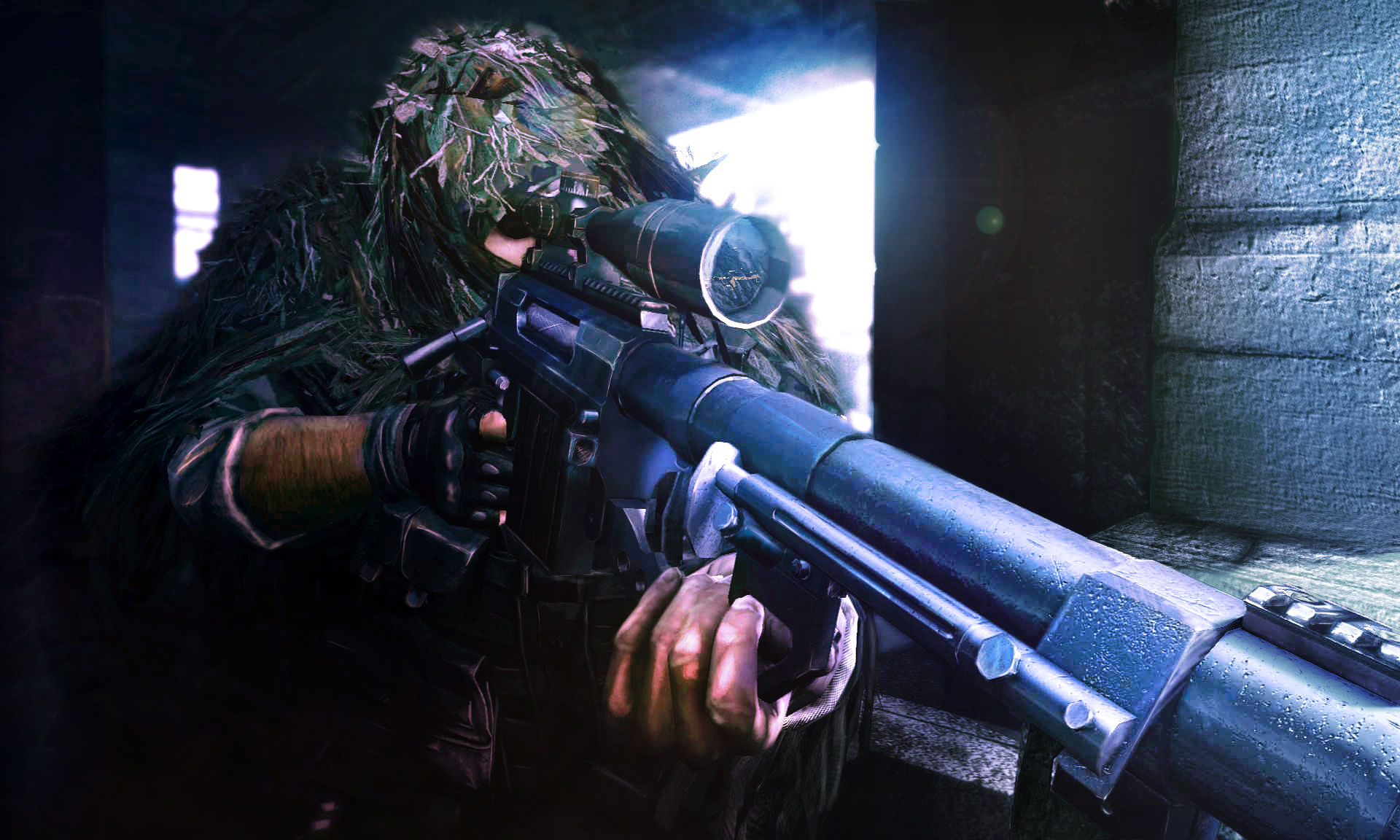 Sniper: Ghost Warrior 2 is kind of like the Tom Berenger movie, Sniper 2, in that it’s irrelevant and simply does not need to exist. After all, it’s the sequel to a title that wasn’t all that well-received and, as it releases, the developers have already announced that a third game in the series is on its way. In other words, it doesn’t serve a purpose. While that might sound harsh, it’s the unfortunate truth made all the more apparent once players sit down with it and realize that it has very little to offer its fans and the gaming community at large.

Sniper: Ghost Warrior 2 starts off interesting enough. In actuality, its opening mission is fantastic: it’s chockfull of heart-pounding stealth sections, lush set pieces and plenty of headshots. Regrettably it also reveals almost its entire deck of tricks within this first segment. From there on out, the game feels like a song stuck on repeat with new lyrics, but nothing else. Meaning to say, the game essentially peaks within its first thirty minutes and never manages to re-capture that sort of magic in the rest of the relatively short campaign.

Right out the gates, players are given a bevy of firepower: high-caliber sniper rifles and a silenced pistol do all the talking, while up-close melee kills play second fiddle to a game that clearly wants to be a more methodical Call of Duty. This may sound good in theory, but its execution ends up being another ‘M’ word: monotonous. Given the type of game that it is, where players will snipe from long distances for the majority of the experience, it is extremely linear, almost to the point of feeling on-rails at times. Folks will be ushered from set piece to set piece where they’ll set up shop, take down unsuspecting baddies either alone or in tandem with a back-up shooter, run to the next spot through some contrived corridor-like environment only to do the whole thing over again — rinse, repeat, that’s it; get used to it. Also get used to the highly scripted nature of the game, because this is the type of title that rarely feels alive and spontaneous. This, by all accounts, swallows up any momentum the narrative tries to build.

I say “narrative”, but I really just mean a bunch of talking points loosely connected by a story that no one will care about. It’s the usual military stuff, minus the intrigue and sense of urgency. The phrase, “been there, done that” doesn’t even begin to scratch the surface when talking about how formulaic and throwaway the story actually is. The fact that I can barely remember the main character’s name should speak volumes.

Though, even the game seems to recognize that its strength isn’t in its plot. Where it does gleam is in its nice blend of arcade and simulation mechanics. On the default setting, the game plays rather typically, is extremely easy to blow through and feels, for lack of a better term, generic by 2013’s standards, though not intrinsically bad. On Expert Mode, however, the game ditches most of its arcade elements and travels the realistic simulator route. Now, we’re not talking about Arma leveled immersion, but what it offers is far more life-like than its Call of Duty or insert-basic-military-shooter-here counterparts. Thus, realistic ballistics become an actual factor that must be considered: distance, wind speed, gravity and bullet-drop all are critical to laying waste to as many enemies as possible. This, coupled with the need to employ proper breathing techniques to steady one’s heart rate, along with taking into account standing, crouched and prone positions, give the game an added edge and sense of uniqueness not found in many other games of its type. Because of these elements, Ghost Warrior 2 can feel pretty neat when all is going accordingly. 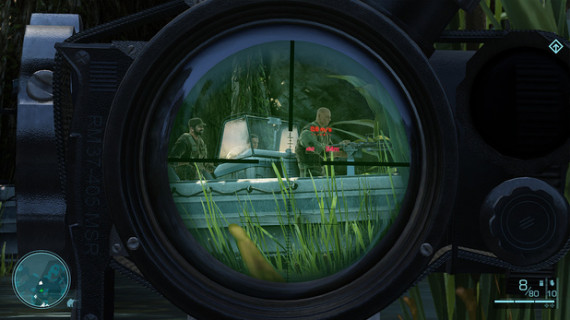 Then again, even when things are going well, the game can feel like shooting fish in a barrel thanks to some troublingly poor AI. While the game will try and fool its players into thinking it has implemented a “refined” artificial intelligence system, one would be unwise to fully believe this, as coming from the first Sniper game, anything other than a complete blundering disaster could be considered “refined.” What hasn’t been made better, though, is the strangely absent dismemberment that was promised by the developers for this second installment in the franchise. As a game that involves shooting dudes in the head and various other parts of their body, and considering the title now makes use of a slow-motion kill cam, not seeing extremities fly after a well-placed bullet feels lame and unsatisfying (though it’s been reported that an update to patch this in is coming). Then again, this is a budget title, and almost at all times, outside of that first, fantastic mission, it’s never forgotten that this isn’t a triple “A” product.

This notion is even further cemented by crashes, a plethora of bugs, texture pop-in, the use of outdated rag doll physics, stiff character animations and bland environments. Of course, first person animations are pretty solid and provide a good, overall sense of movement, and the long list of rifles included are finely detailed and rather wonderful looking. Even still, this is hardly enough to make up for the antiquated aesthetics and ultimate lack of visual appeal. This dearth of graphical prowess is alarming seeing as the game utilizes the CryEngine 3. What does manage to make up for some of these shortcomings is the game’s stellar soundtrack. In fact, Ghost Warrior 2’s score sets the tone of the game nearly perfectly, and makes moments that probably wouldn’t be all that compelling, actually feel meaningful and exhilarating. The same can’t be said about the voice work, however, which is spotty at best and B-movie quality at worst.

The tough reality is, Sniper: Ghost Warrior 2 is an outdated game from top to bottom. Additionally, it really only offers more of the same, which is not a good thing considering the absolute mediocrity that was the original title. This second installment is somewhat an improvement over the first, but that upgrading is marginal at most. There just isn’t enough new, exciting or memorable here to warrant a purchase. And while the game doesn’t do anything heinously bad or offensive per se, it simply never manages to shine either. The bugs and technical flaws certainly don’t help matters. Consequently, Sniper: Ghost Warrior 2 should only be picked up by the most diehard fans of the series — which by our count roughly equates to about four people — or when it goes on sale for ten dollars or less. And trust us when we say, that will happen sooner rather than later.