This is a big year for the rebooted science fiction legend. In 2013, the J.J. Abrams take on the series will extend to greatness far beyond our galaxy. Not only will the sequel to his 2009 film debut this May, but a game set in the same “universe” releases next month. Trekkies (those who aren’t opposed to the recreated story) will rejoice at the amount of entertainment available in the next couple months.

The appropriately named Star Trek was developed by Digital Extremes — the same folks behind some of the BioShock series and their last title, The Darkness II. In the game, players take the role of Captain Kirk while Spock tags along. Unless there’s someone to play with you, in which case gives the co-op feature more sustenance. Two players must work together using their unique skills to survive a Gorn invasion. Kirk has soldier-like tendencies making him a solid shooter and comes equipped with a stun setting phaser. Spock is the stealthy fighter and of course uses the Vulcan nerve pinch; his weapon has a freeze setting to stop those nasty aliens cold in their tracks. Over the course of the game you will gain experience allowing you to upgrade your weaponry. 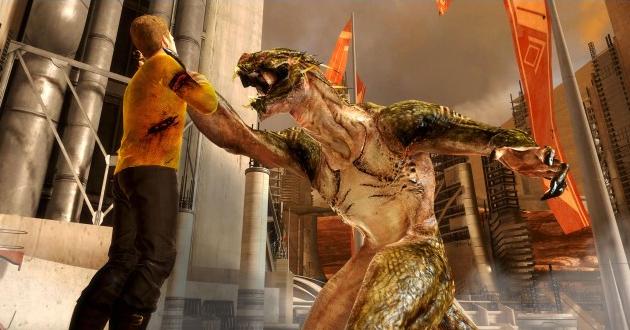 It’s been said Star Trek looks similar to Dead Space and Metroid Prime, but this is not a straight up shooter. Not only do you get to play as the two most famous Star Fleet crew members in history, but you can also take control of the iconic USS Enterprise. In some moments of the game, you have to travel through space, shooting at enemy crafts. There will be unexplored planets to roam which incorporates action-adventure elements because that’s what Star Trek is about–discovering the unknown.

The story is set to occur between the events of both feature films. It’s written by Marianne Krawczyk, who worked on the God of War series, even earning a BAFTA award. The developers have been working closely with the film crew to make this an authentic experience. Even the actors, Chris Pine, Zachary Quinto and the rest, contributed by lending their voices to the game. 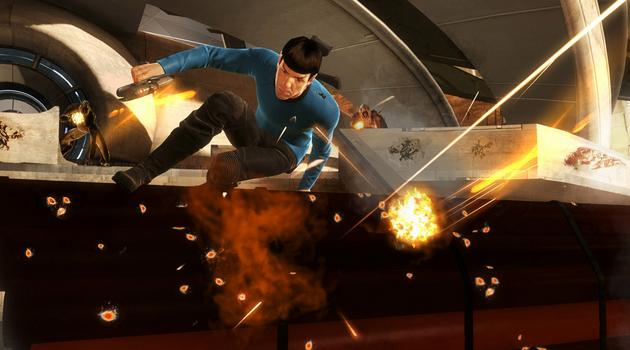 Based on what we’ve seen, Star Trek is shaping to be worthwhile. The graphics are fast-paced and the action is explosive. We all know video games based on movies don’t work out too well, so we’re keeping our fingers crossed. All you Kirks out there better beam your Spocks over because Star Trek will be available April 23 for PS3, Xbox 360 and PC. This game should live long and, yes, prosper.