High Voltage Software has been around since the 1990s and involved with some big names in that time. Captain America, Rudolph the Red-Nosed Reindeer and Family Guy all have titles under the company, with critical successes in large franchises such as Konami’s Zone of the Enders and Activision’s Call of Duty. Of course, they’ve been involved with their fair share of original titles, and we were able to get details on their latest at GDC. Three titles are hitting mobile devices, taking High Voltage in a direction that should prove beneficial. Talking with Susan Bishop, Producer, and Josh VanVeld, Senior Producer, we got the hands-on, inside scoop on what’s next for the independent studio. 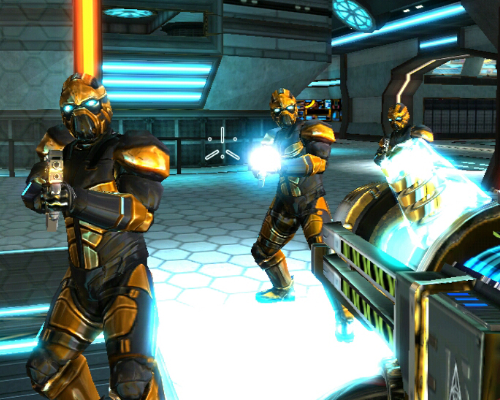 The Conduit HD is an enhanced version of the award-winning Wii game. You assume the role of Michael Ford, an agent of the Trust, who fights to stop an alien invasion of the Washington D.C. Controls are obviously different than the console; an automatic aiming, shooting and reloading feature makes taking down aliens a lot easier. It is fully customizable, however, allowing the feature to be switched to manual or even hook-up a Bluetooth controller (like Moga) to make running around much easier. Updated graphics keep the game looking fresh and flowing. The game sold over 100,000 copies for the Wii, but with availability on multiple mobile devices, it’s bound to grab more downloads. Dedicated fans can purchase the entire, full single-player version of the game for only 5 dollars. It’s a tremendous value available now for Nvidia Tegra Android devices and coming soon to iOS. 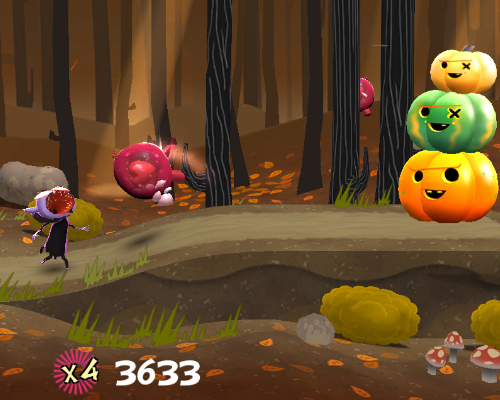 Next on the list is Le Vamp, an endless-running game. The main character is the son of a prominent French vampire who decides to leave home only to get chased by an angry mob. The goal of the game is to simply keep the crowd from gaining ground on you. To do that, you need to keep a clear path for running. There are various obstacles in the way, each requiring a different technique to get rid of. Slashing some monsters, tapping on sunlight and popping pumpkins are all necessary to keep things moving. But, you also need to keep an eye on your health meter. Indulging on some blood pigs will replenish your life as well as earn you points. If the meter reaches empty or the crowd gets you it’s game over. The further your progress, the more hectic the run becomes. While it may be a run-of-the-mill runner, it was an Apple Editor’s Choice and is extremely more adorable than Temple Run. It is available in iTunes and could be coming to Steam in the near future. 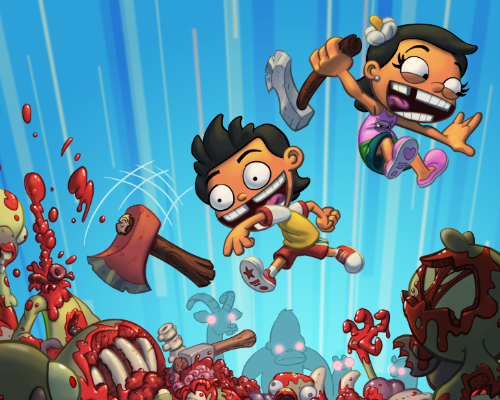 The final game we were able to get our hands on is called Zoombies: Animales de la Muerte. The game has been in the works for a few years and finally found a home on iOS and Android. The story revolves around dead animals at a Mexican zoo, coming back to life. You play as two kids on a field trip to a zoo that’s become overrun with all sorts of creatures. Your mission is to not only destroy zombified elephants and penguins, but rescue any non-infected animals as well. Controls are simple as you just draw a line on the screen and your weapon will follow that path, or tap one of multiple special abilities. At the beginning of each level, you are assigned missions and after completing them you will be rewarded. Unlock new weapons and costumes to play through 45 levels completing over 120 missions. Some achievements will be difficult To complete one, you must defeat all the enemies by getting them single file and killing them all with a single line. It has a lot of depth to satisfy hardcore gamers, yet simple enough for anybody to enjoy. Zoombies is still in development, but should be hitting markets in April.