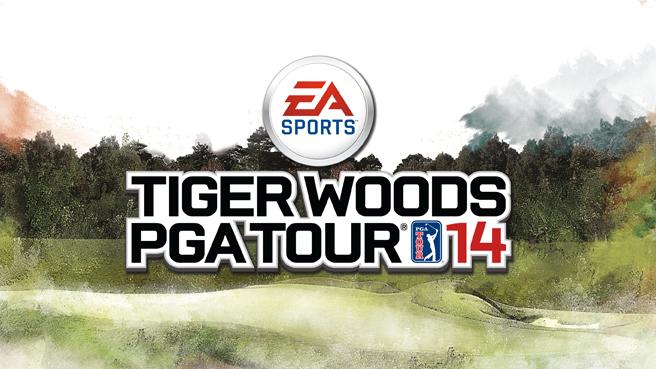 As someone whose real-life golfing experience extends to playing arcade games around mini-golf courses and then playing the occasional game of mini-golf, Tiger Woods PGA Tour  ’14 was an interesting game to cover. Gaming-wise, my golf expertise consists of a few Hot Shots Golf games over the past decade, a little bit of Let’s Golf, and some Golden Tee at the American Legion, so this series is completely new to me and while that’s a bit intimidating, it also makes for a fun challenge.

There’s quite a bit of mode variety here, including quick play, tournaments, and the ability to go through a variety of different eras in the Legends of the Majors mode. This puts some spiffy visual filters on the screen, which is a tad odd, but does kind of you in more of a nostalgiac mindset when playing. The most amusing part about it is the time-appropriate clothing, so if you’re a fan of looking at wacky golf outfits from a variety of eras, this is the mode for you. It’s also great if you’d like to rewrite history a bit as your goals involve either recreating history by matching a performance at a base level, or helping improve upon it.

Even as a golf newbie, I loved seeing different eras represented and learning a bit more about the history of the game while having a chance to play through it. It’s easy to imagine enthusiasts of the sports spending countless hours either recreating moments that they grew up with, or having fun taking part in ones they weren’t alive for. The variety of playable legends is impressive, and playing as golfers from the past that even casual golf fans like myself have heard of, like Jack Niklaus, Arnold Palmer, and Lee Trevino (the inspiration for Lee Carvalo’s Golf in The Simpsons), made for some fun times.

The core game is easy to learn for even the most novice of gaming golfers – in part due to the optional tutorial that is an absolute godsend for series newcomers like myself. User-friendly menus are nice, and swinging is just a matter of choosing your club – a choice made far less mentally taxing by it telling you the maximum travel distance of each one and how far the ball needs to travel to land in the hole, going through them with the triggers, and then swinging with the left stick. It’s possible to overswing, so you have to pay attention to the swing line and not let it get in the red. Feel free to do that if you want the ball to go into the crowd or land in some weird part of the green. That can either lead to some amusing commentary, or some bizarre camera angles due to how much stuff blocks your view when you try to get the ball out of the jam it’s in. An underswing doesn’t usually provide you with that much comedy – unless you air for something over water and it winds up going in. 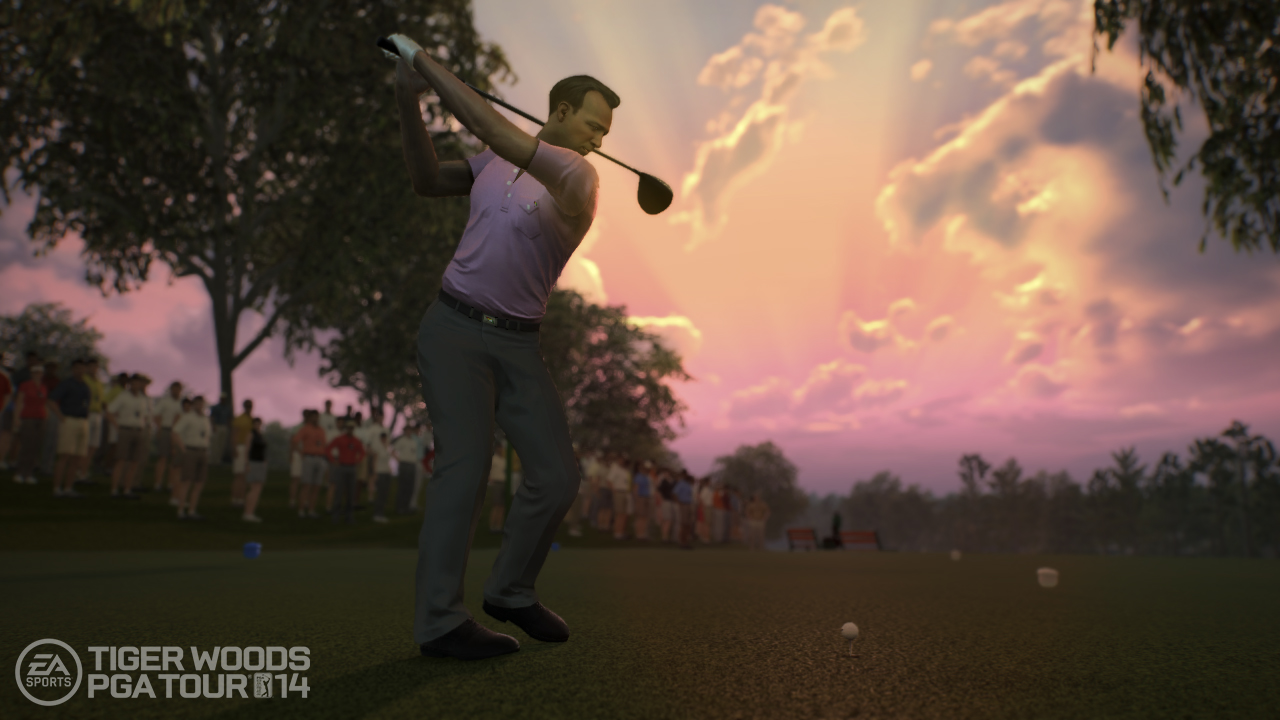 Kinect support is included and makes swinging less easy in a sense because you have to do more physically, but it’s definitely more involving. As someone with poor vision, I was a bit intimidated by the idea of swinging with the Kinect since you have to be fairly far away from it and still need to see the screen, but no matter what side I swung with, I was able to see things well enough. Actually swinging with the Kinect is a breeze, but as with most Kinect-capable games that aren’t made from the ground up with the device in mind, menu navigation is a bit of a chore. However, you can still just navigate with the controller if it’s nearby, so it’s not a huge issue. The Kinect support greatly exceeded my expectations and makes for a fun way to get in a virtual game of golf while still having some of the authenticity of the real deal.

Xbox Live play doesn’t allow for the Kinect, but does allow you to have quite a bit of fun outside of the offline modes. If you either join or create an online country club, you can face others to determine who rules the roost. Quick matches of three holes apiece let you play for shorter bursts, while tournament play and bigger hole counts are possible for those seeking a more extended experience online. No matter if you opt for short or long-term play, it’s a fairly smooth experience. Outside of a couple of disconnects, there weren’t any major issues, and usually, online play is as responsive as offline play. 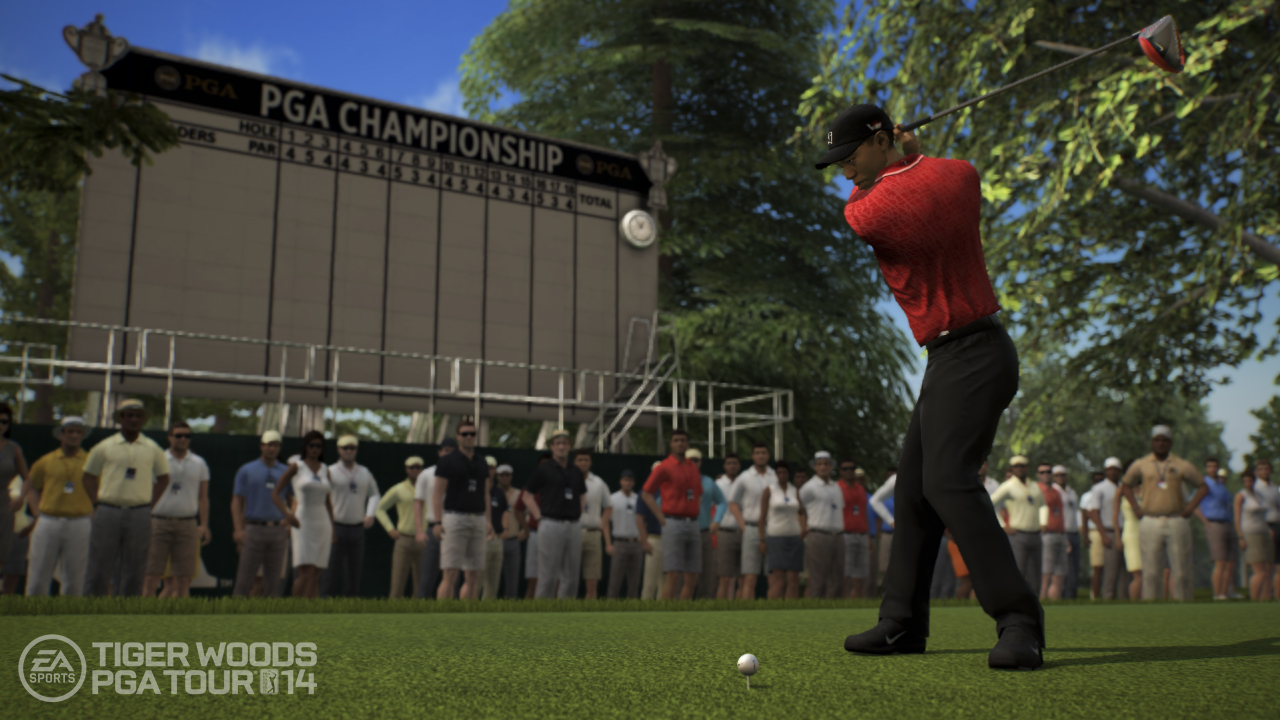 Visually, for a game with 2014 in its title, this game looks sub-par. Player models look fine overall, but faces look very fake and seem like they’re from a game released in 2007 instead of 2013. Clothing looks quite good though. The green itself has a nice amount of detail and the day to night changes with lighting are impressive. The shading is great for night time play, and just enough light is shown to make actually playing golf feasible. The crowds look fairly bad, but do have some good qualities – like their reactions to getting hit by wayward balls. They’ll wince and tend to an injury once it occurs, which adds as nice bit of realism to the game.

Swinging animations are good, and feel realistic with some weight behind the movements. There are also minor changes made to the animations depending on how hard you hit the ball, which wind up correlating perfectly with how far it actually goes. Audio-wise, it sounds like a serious golf game should. Commentary is there, but a bit subdued, while the soundtrack is full of serene music that allows you to focus on the task at hand with as little distraction as possible. 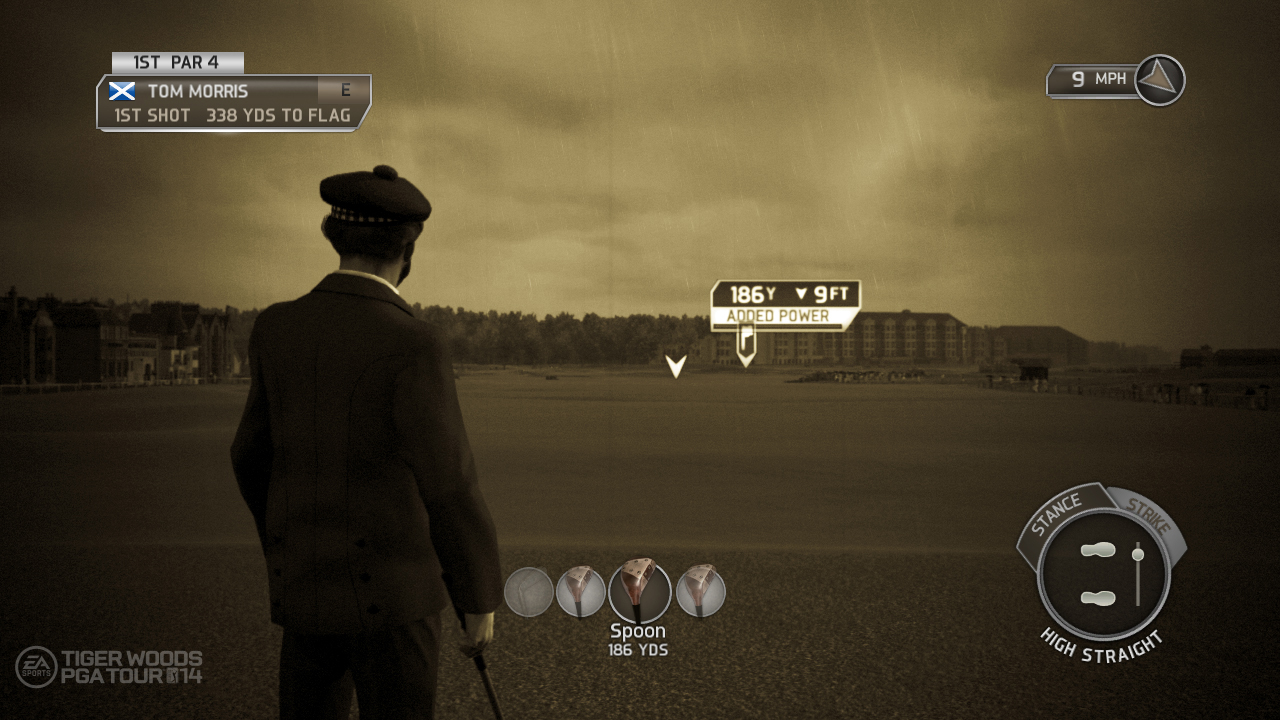 Tiger Woods PGA Tour ’14 offers up a satisfying golf experience that will certainly please fans of the sport. Serious fans will get a lot of use out of the online modes, and the ability to relive key moments in the careers of legendary players should keep die-hards happy for a long time. The game is very accessible for newcomers as well, although they may want to either pick up an older game in the series or try out the demo before paying full price for the latest incarnation.