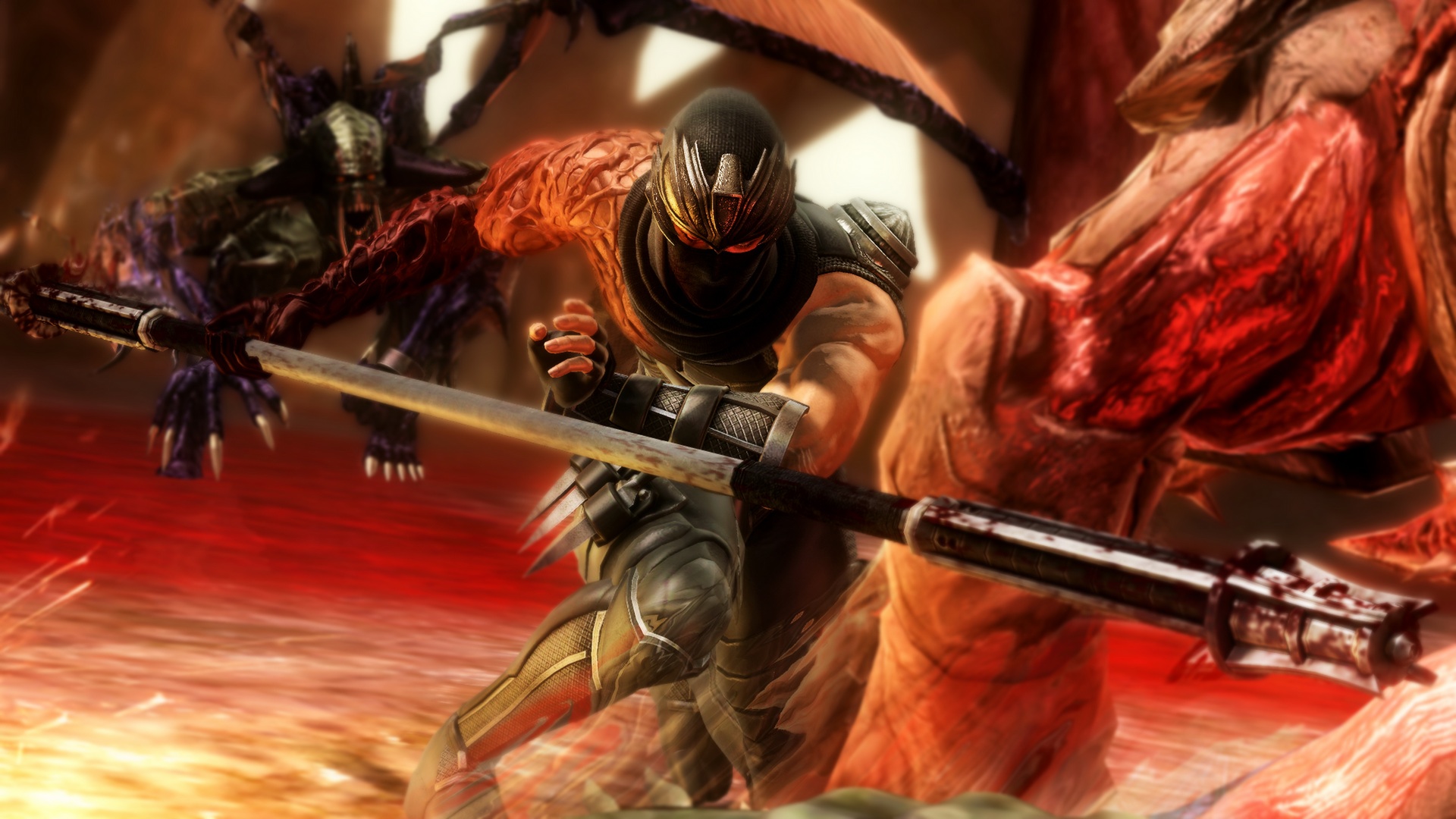 It’s been an excellent six months for the Ninja Gaiden franchise. After years of missteps with censored PS3 versions and a flawed Ninja Gaiden 3 release that was knocked for being too easy and taking away some of the combat system’s depth and violence, the beloved series is back on track. Team Ninja listened to fans about NG3’s problems and Razor’s Edge on the Wii U remedied issues with the original release of NG3 on the PS3 and 360. That momentum was followed up on nicely by making the Vita version of Ninja Gaiden Sigma+ a PS+ freebie, and then the release of the Vita version of NG II Sigma+ that, like with the first game, took away the PS3’s censorship and restored the bloodshed series fans have grown accustomed to over the past decade.

It’s been five months since the Wii U version was released, but now 360 and PS3 owners who might’ve been turned off by NG3 can give it another go-around if they don’t own Nintendo’s system. To those who skipped the initial release due to low scores, the third installment stripped the combat down and took away dismemberment. It did bring with it “blood on bone” attacks, which are essentially one-hit kills involving parries, but that alone didn’t replicate the depth seen in the first two games. They’re rewarding and gory, and are a must to learn when you’ve got waves of enemies coming after you with gunfire and missiles at the same time. This is a surprisingly common occurrence for Hayabusa, who has to put up with all of this while his arm is all diseased from a curse stating that he will feel the pain of the many he has killed – and his right arm looks a thousand kinds of nasty as a result.

NG 3: RZ feels like a natural extension of NG II, with a lot of depth brought back into it, the usual skill trees and upgrades, and the general feeling that you’re a ninja and can do pretty much anything you want as long as your arm isn’t in searing pain. You also can’t really aim for far-off foes easily with the bow and arrow due to the camera going back and forth between them and closer enemies, which is quite annoying. The camera remains an issue throughout many parts of the game, but doesn’t make it impossible to win – just common to retry some areas.

That also must be done for the QTEs that pop up without a button or action prompt. They rely on a mix of logic given the situation and hope that you’ve memorized everything to that point because failure sucks and while you’ll never be set too far back, it’s still annoying to have QTEs and not be shown clearly what you’re supposed to do. It’s almost worth it for the gorgeous shots that result, though, which would be obscured by button prompts if they were used. The core single player game is a lot of fun and features everything that folks loved about the first two entries in the modern trilogy from a gameplay perspective, with a crazy storyline. Outside of the main game, you’ve got ninja trial challenge missions to do, and online play to partake in.

The former gives you short missions to complete and helps sharpen your skills in specific areas. The latter allows for co-op action and a deathmatch-style mode that pits you against other ninjas. This mode is particularly crazy since it’s got a really fast pace to it and the camera often can’t keep up, resulting in a lot of instances of the camera getting stuck behind a corner, or not being in an ideal position to let you see where your opposition is in relation to you. It’s a bit frustrating, but it winds up feeling worth it when you succeed in spite of the problem because of how good it feels to not only earn a kill, but level up as a result. Doing that lets you unlock new skills and attire, and with every upgrade,  feels like you’re improving as a player. In some ways, that could be an artificial boost due to the new skills, but realistically, the more time you spend with a game, the better you’ll get at it. It’s probably a good idea to spend some time online if you’re rusty, however, since it’s a total trial by fire and you’ll have to learn quickly in order to survive for any length of time.

Visually, Razor’s Edge is quite impressive. Character models look solid with a ton of detail, and seeing blood splatter accumulate on your attire never gets old. Animation is smooth and yet not so smooth that it takes forever for one to finish up. Ground and environmental textures can be a bit suspect at times, but it’s never  distracting for very long — you’ll spend too much time dodging attacks to really focus on the scenery much outside of cutscenes. On the audio side of things, the music is as good as it’s ever been with a lot more diversity than before due to there being more kinds of stages here than in past games. The voiceover work is shockingly decent given how ridiculous the plot gets at times, and having everything played straight by the cast helps you take it seriously instead of it being a complete farce.

Ninja Gaiden 3: Razor’s Edge is a must-buy for anybody who skipped the initial release, or those still burned by a likely swift trade-in of the flawed original. It’s only forty bucks at launch and offers up a lot of fun gameplay that is back to feeling what it should feel like instead of a neutered version of it. This is the definitive version of Ninja Gaiden 3, and fits in nicely with the best versions of NG and NG II for scratching that action-platformer itch when you’re in the mood for some ninja-based killing sprees.