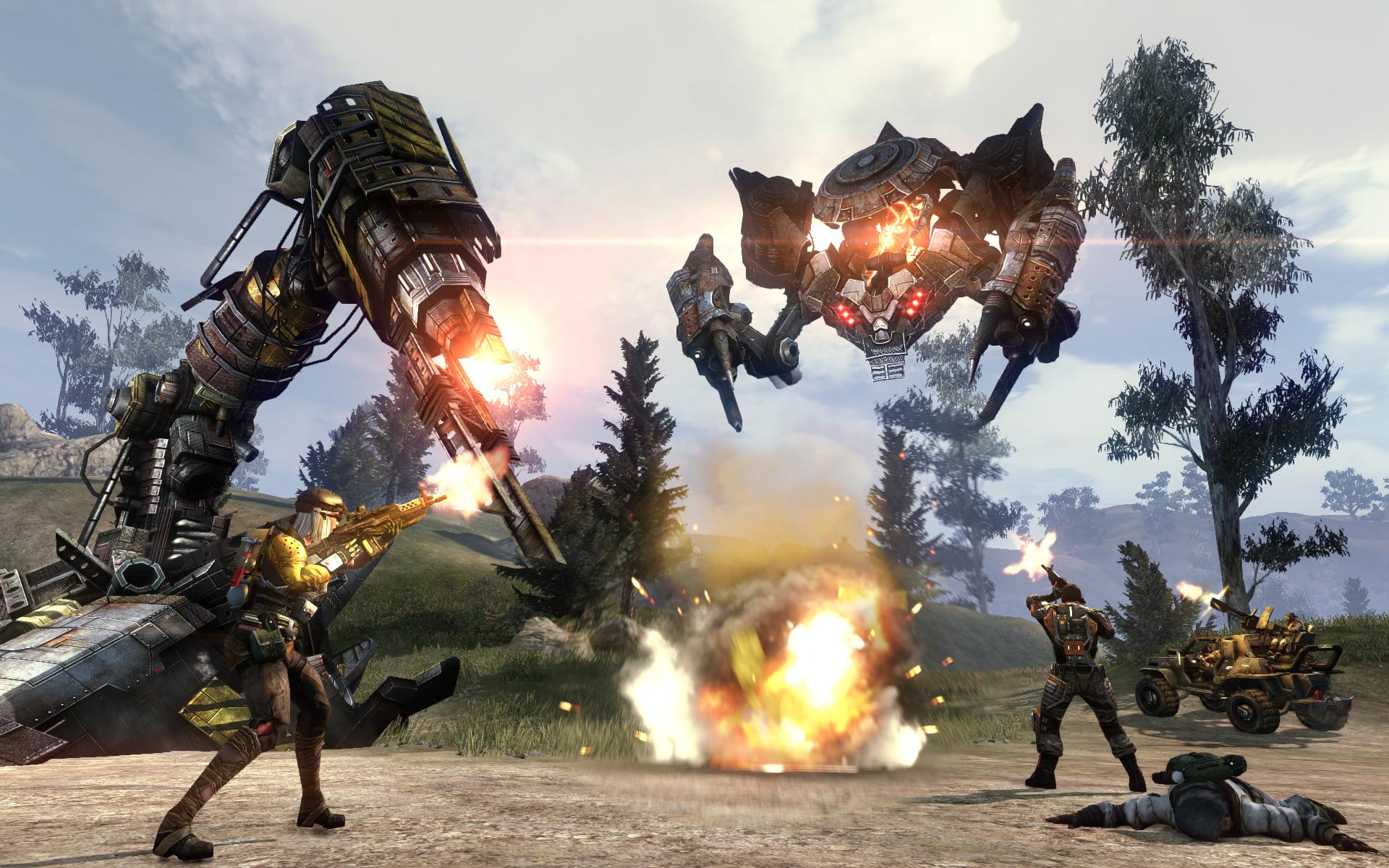 A lot is riding on Defiance. For starters, it’s the first video game to partner with a television series to deliver a seamless, interconnecting experience in which what happens in the game world impacts the TV show, and vice-versa. This is a big deal for gaming in a broad sense, as not only does it have a chance to legitimize our form of entertainment as a viable kind of storytelling media, but also demonstrates the nigh limitless possibilities of fan interaction when it comes to being a part of their favorite make-believe world. Outside of this joint venture with television giant SyFy, though, this is also developer Trion’s third game to date. This is significant to note in that the studio’s track record hasn’t been too terribly impressive: their MMORTS End of Nations seems to be stuck in beta-purgatory with very little fanfare surrounding its mere existence, and its flagship title, Rift, was not exactly the WoW-toppling monster that it was thought and hyped to be, despite pumping out its first core expansion in the fall of last year. Meaning to say, Defiance needs to succeed to put Trion on the map. But needing to be successful and actually being successful are two very different things.

Defiance is a massively multiplayer online third-person shooter, or MMOTPS for short. What that means is that the game’s world is one sprawling open-environment that is occupied by thousands of players at the same time. Thus in theory, Defiance should be a big game, and sometimes it is, but despite its breadth of MMO sensibilities, often feels confined, desolate and somehow small. This is rather strange given the fact that there’s quite a bit to do in the game. Upon first startup, players will be treated to a lengthy cutscene that sets the game’s narrative stage. After aliens have immigrated to Earth, tensions run high and war breaks out, pitting humans against aliens. After many years of fighting, the Battle of Defiance takes place that sees both armies embracing some type of truce that allows humans and aliens to cohabitate. Unfortunately, not everyone is fond of this peaceful union, and thus there’s still dissension amidst the people. The opening scene sets this stage well with some solid voice acting and actually interesting characters. Essentially, right from the start players are thrust into a world that seems to be putting its best foot forward. It’s also during this opening segment that the events in the story begin to derail which lands the player’s capital ship taking heavy fire and eventually crashing to the earth below — but not before players are given a chance to create the look of their Ark Hunter and evacuate the ship via an escape pod.

When the game’s character creation screen pops up, some may take notice of the well-designed interface. Menus are clean and ergonomic, and it all looks quite sheen. Once they’ve taken in the look of the interface, however, it’s off to creating their character, a process that is disappointingly limited. In an MMO, it’s important to provide options to players, especially when it comes to crafting a character that looks unique and not like every other person running around. Regrettably, that’s not the case with Defiance. The options players have to choose from to form a distinct avatar are small in scope, only providing a handful of options for basic attributes like one’s nose, hair and lips. With MMOs moving in such customizable directions where players can manipulate the placement and size of a character’s cheekbones, only being given seven or eight features to choose from to make one’s character, whom they will in theory be spending hundreds of hours with, feels like a missed opportunity — especially for this style of game. Fortunately, there’s plenty of gear for players to decorate character with once they’ve put in some time with the game, but this initial creation process is severely incomplete.

Once players have chosen between one of two races (humans and Irathients), decided on their gender and then appearance, it’s back to the story where the character has been shot down to a war-stricken Earth with nothing but an emerging sidekick character who rescues them from their escape pod and introduces them to a quick tutorial. Right away, players are told about all the basics including Defiance’s EGO system. In the game, players will level up and acquire EGO points. These are best thought of as skill points that players will assign on a abilities tree to unlock certain attacks and attributes. Like any MMO, the coveted skill-tree must be robust to give way to plenty of play style options. Fortunately, Defiance delivers well on this front and allows players to forge the type of character they want. There are options for being a heavy-hitting powerhouse, stealth, agility and the altruist tank who can take a licking and keep on ticking with boosted defenses. In this regard, Trion has done well at giving players plenty of abilities to choose from, all the while not restricting them or pigeon-holing them into one specific type of role. Thus, players may end up falling into the category of tank, or DPS-centric fighter, but that’s by choice and not by rigid design. Meaning to say, the skill tree is fairly non-linear in its approach, allowing players to mix and match all sorts of abilities to create a character that truly feels one-of-a-kind. 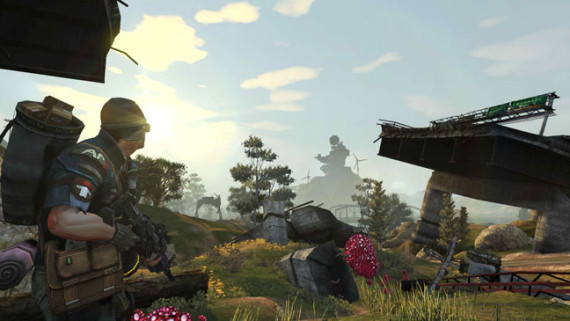 After the basics and tutorials have been pounded out, the game opens up for the player to do whatever they please. Much of the game will probably be spent in two specific areas, though: co-op quest and PVP missions. There is the opportunity to take on solo expeditions, but these feel extremely uninspired and more like providing content for the sake of taking up space rather than give folks quality single player tasks to complete. At least the story is quite compelling throughout, even when the mission setup or traditional “kill this to get that” design is being greatly relied on. Thus, most people will probably just stick to cooperative instances or versus matches. Co-op feels especially refined with raids to take part in and a variety of missions. Outside of the hectic and devilishly challenging boss encounters, the other quests feel as mundane as they would if taken on singularly, but feel slightly more tolerable when in the company of others. Either way, players will ultimately do the same thing: kill, loot, level up and customize; so in this respect, the game has got the process down pat, because there’s an effective abundance of all that.

What’s not as tolerable, regardless of whether players are by themselves or in a group, is the brain-dead AI. This was an issue in beta that I was certain would be worked out, but it hasn’t been. It’s entirely possible to run up on a baddie and literally be standing right next to him, and he won’t fire back. When enemies do finally decide to engage — which the rules by which they play to do so seem completely random, by the way — they act haphazardly and don’t usually act under any kind of synchronous tactics. They will take cover often, but will often not leave that cover, even when flanked, or break from their firing position to just run around in the open, stopping, starting and turning for no good reason.