As has been discussed until the collective gaming world was blue in the face, Nintendo Direct occurred this morning. A way for Nintendo to hold a worldwide online conference to announce news directly to fans, many were atwitter with predictions of what the gaming giant would announce next. As this one was exclusive to the 3DS, some were hoping for a price cut or new colors while almost everybody wanted new game announcements. While we got no additional colors or a lower price (forever dooming us to look like Liberachi playing the handheld on the subway), there was a slew of new game titles announced. 50 ccs of new games should be enough to jump start Nintendo’s heart, but after the excitement of the initial livestream was over, it began to sink in how worrisome the announcements actually are for Nintendo’s future.

The bulk of Nintendo’s presentation was, well, Mario. We had the previously announced Luigi New Super Mario Bros. U DLC, Mario and Luigi’s Dream Team and Mario: Golf Tour being touted, as well as newly-announced titles in Mario Party and Yoshi’s Island. While all three games have been updated to make use of the 3DS features and received a graphic overhaul, they’re still, well, Mario. The original Yoshi’s Island was a fantastic game, but it’s already had its handheld remake in Yoshi’s Island DS. This is a second nostalgic reboot of a reboot that didn’t exactly light the world on fire. While the original will always be an endearing release, it’s hard to get excited to play it a third time with not much altered. While Mario Party is a decent enough series, Nintendo has been riding the basic concept for far too long already. It’s been fifteen years since it originally debuted on the N64 and in that time it’s remained relatively the same besides taking advantage of new console’s capabilities. The new one will likely match the quality of its predecessors, but it’s simply more Mario Party. And who didn’t expect that?

Nintendo is basically desperately resurrecting every franchise involving the red plumber in a desperate attempt to regain the allure they’ve had throughout the years. We love Mario; we love the games he’s in. But even if you want to exploit him in every possible facet life, why does it have to be through old and tired franchises? Why can’t we put Mario in an entirely new situation? At one time, Mario Golf was a novel idea, but now it’s just Mario golfing. Again. Nintendo was bold with their mascot years ago. Super Mario RPG Legend of the Seven stars was at the time the riskiest thing Nintendo could have done with their franchise (outside of a violent FPS, perhaps). Giving Square Enix the keys to the castle and allowing them to put platformer characters in an RPG? Nothing we saw today even comes close to a gamble like that.

Besides throwing a bunch of Mario at us and seeing what sticks, the rest of the line-up was just as uninspiring. Donkey Kong Country Returns was one of the best games of 2010 as a nostalgic homage to one of the best platformers on the SNES, but Nintendo’s constant effort to make us think we should be excited for it is tiring. The game has been out for two and a half years now and has long faded from relevancy. The 3DS version is little more than a port, and as much as I enjoyed the original Wii game, it’s hard to have interest in spending time beating what is essentially the same game again. Why not give it a proper sequel on the handheld — why does it have to be a port? 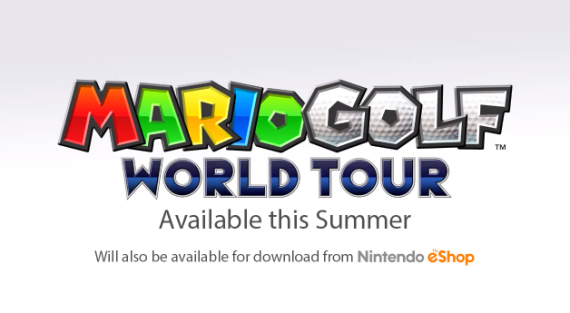 Of course, the announcement the internet was most buzzing about today was Earthbound. Earthbound is one of the greatest and least appreciated (although that has changed in recent years) RPGs ever made, but it’s been out for nineteen years. All that was announced is a Virtual Console port of the game, not a remake or localization of the tragically overlooked Mother 3, but a straight-up copy paste job. It’ll be great to have the game on the service — a rapidly growing cult following has made prices of the original cart skyrocket — but it’s not a long lost game. The game was released here and has been available for some time. It’s not something that should be celebrated, but something that the publisher should be chastised for not doing long ago. Besides that we had the appearance of (surprise, surprise) another one Nintendo’s most heralded games in the sequel to The Legend of Zelda: A Link to the Past. While this is intriguing and we can’t wait to get our hands on it, it reeks of desperation. 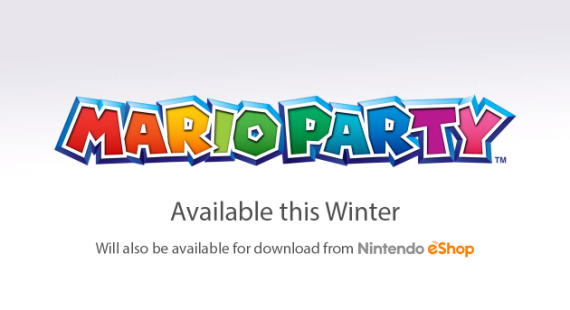 Nintendo is mirroring The Weinstein Company with their upcoming slate of games. After a decade on top, the movie studio feel from grace and started to hit hard financial times. While they had never planned sequels to their most popular franchises, sequels to Scary Movie, Scream, Spy Kids and Sin City were rushed to production. Sound familiar? We love Nintendo’s franchises and characters, but churning out follow-ups, remakes, ports or sequels to some of the most endearing games in video game history is simply robbing them of their charm and milking us of our nostalgia. Nintendo deserves respect and we hold the 3DS and Wii U in high regard as impressive pieces of hardware, but it’s time for the innovative studio of old to come back. Much like Scary Movie 5 tanked last week at the box office, Nintendo is heading to an over-saturation of their franchises if they’re not careful. After all, they can’t have a future if the only thing they’re good at is retreading the past.