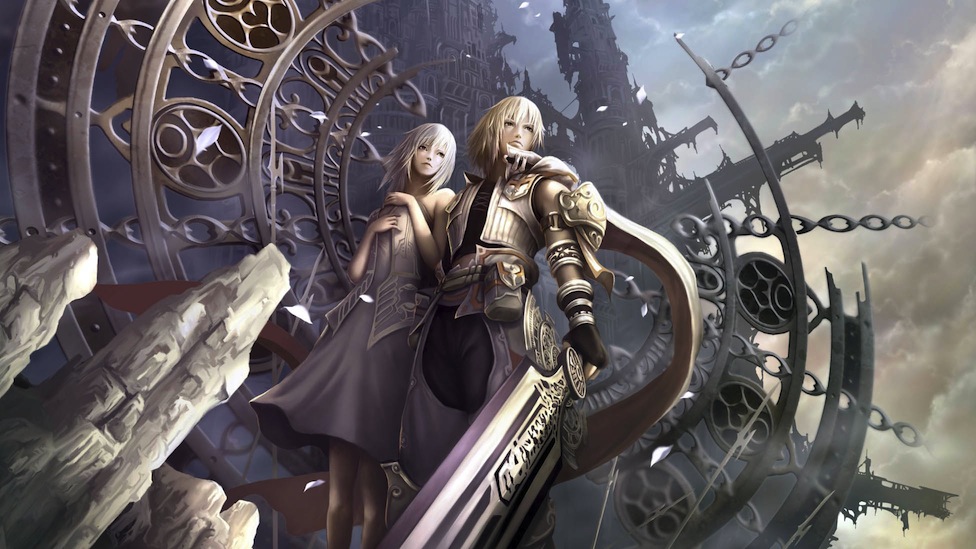 There’s something strangely familiar yet radically unusual about Pandora’s Tower. From one angle, it’s bursting at the seams with new ideas, and from another, full of longstanding conventions that have worked for years in this genre. Regardless of whether it’s a game deeply rooted in some kind of JRPG historical reference or forward-thinking design philosophies, Pandora’s Tower is certainly an experience that is hard to forget.

From the start, Nintendo and Ganbarion’s JRPG is gruesome, and unafraid of throwing players right into the thick of a story that is rich with weirdness and heartfelt empathy. In essence, Pandora’s tale stars a small cast, two really, with a third that plays almost as big a role. In the spotlight first is Elena, a maiden of the Harvest Festival who falls victim to a curse after a dastardly force attacks the centenary at which she is singing. In the audience, watching the whole thing go down, is the game’s other hero, and player character, Aeron. A shaggy-headed man of a few words, but with enough devotion to Elena to make all of us guys look like horrible boyfriends, Aeron is something of a silent badass with a giant sword and chain to slay any enemy that gets in the way of him saving his beloved Elena. See, Elena’s curse carries with it some rather grotesque properties — elements that gives Pandora’s Tower a truly unique narrative.

The curse that has befallen our fair maiden is one that is slowing turning her into a monster. As time passes, her body mutates, transforming her into a ghastly minion complete with tentacles and other rather unsightly extremities. She and dear Aeron are told by a decrepit old merchant-woman that the scourge placed upon her can be abated, but only by the most horrific of means: she must consume the flesh of monsters within the ancient Thirteen Towers. Without being much of a fighter herself, the responsibility ultimately falls on Aeron, who braves the towers’ many foes to carve off flesh to then feed Elena. Yep, that’s right — nothing says love like gifting the flesh of a slain beast.

This is where the game’s story is all the following: interesting, unique, bizarre and surprisingly touching. The interaction between Aeron and Elena is brilliant, made all the better by a wonderful cast of voice actors who convey emotionality without issue. Since the story does not feature a large cast, much time is devoted to watching Aeron and Elena’s relationship unfold, which it does in an applaudingly organic way. And it’s in this time that a true connection is made to the characters and the bond they share with each other; all of this is nicely complemented by sharp, effective writing that never feels over-indulgent, melodramatic or unnecessarily existential like so many other JRPGs. Instead, it manages to find a delightful balance of being relatable, charming and heart-wrenching.

Pandora’s Tower is only one part story, though; the other half is its hack-and-slash gameplay. Unlike other games of its kind, Pandora’s Tower drops the standard turn-based battling for real-time, free-form brawling that focuses on combos, blocks and dodges and careful timing. When players are first thrust into the confines of the Towers, they must fight to survive. Mashing the A button works just fine in this regard, as Aeron originally starts out with a combo attack that doesn’t require much precision. It’s only after a little bit of play that things get deeper, allowing him to wrap people up and rip out bits of flesh with his handy-dandy chain flail or unleash powerful charged attacks that are made all the more devastating when a button-press is timed perfectly to unleash a charged combo assault. It’s a fun system that isn’t particularly deep overall, but is fun enough by itself to make combat encounters exhilarating. Decent AI helps matters, making battle scenarios feel something of a challenge. Enemies flank and team up at times to hassle players, but there regrettably were more than a few occasions when they allowed us to wail on them without so much as putting up the slightest resistance. On the whole, the AI was something of a pushover, and only during boss encounters did it ever feel like death was a possibility.

Speaking of boss battles, this is where Pandora’s Tower excels. While the majority of the game feels like a traditional action-RPG, tackling one of the giant master monsters at the end of each tower feels fantastically reminiscent of Shadow of the Colossus. The bosses themselves are large and powerful and require more than just the typical beating up to take down. With a variety of attacks and weaknesses that need to be understood and subsequently exploited, these situations require a keen sense of puzzle-solving and battlefield awareness. In doing all of this, most of these enormous monsters need to be bested via Aeron’s chain, as he whips it onto parts of their bodies and then tears off pieces of flesh to slowly chip away at their life bar. Aside from the unreliability of the motion controls during these times of ripping off flesh, the boss encounters are daring and heart-pounding, and better yet, dastardly entertaining. They never feel too difficult, or too easy, finding that sweet spot of providing a challenge without ever being tear-inducingly difficult.

But when Aeron isn’t flailing about, hacking up everything he can find, he spends his dungeon delving collecting items, forging new weapons and armor and of course equipping all of it. This is all pretty run-of-the-mill, except the customization in Pandora’s Tower just sort of feels shallow. There aren’t intricacies to explore or learn, there aren’t any in-depth crafting mechanics, hell, even the menus themselves are barebones, which sort of describes much of the game in general. This is actually the title’s biggest downfall: there just isn’t a whole lot to it outside of the story mode. This is clearly seen in the fact that the adventure can be completed easily in 15 hours, perhaps a little less. There are multiple endings, so that should delight some completionists, but on the whole it’s a game that is over quickly. This wouldn’t be an issue normally, and Pandora’s budget price certainly makes the relatively short campaign an easy pill to swallow, but considering there’s not much gameplay variety in those hours combined with a seeming lack of tasks and side quests to accomplish outside of the main narrative makes the game feel lacking in ways.

Another area that is hard to overlook is the graphical presentation. Now, it’s unfair to fault the game for being ugly because it’s trying its best to look great. Unfortunately, the Wii’s technical parameters just simply don’t allow for the most eye-pleasing visuals around — and that’s certainly the case with Pandora’s Tower. Although the game’s art direction and style are excellent thanks to a wondrously imaginative design, it makes far too much use of bleak backdrops to convey its sense of dread; these muted hues mixed with awful texturing and anti-aliasing means Pandora’s Tower can be an quite rough around the edges. To make up for this, however, are the beautiful CG cutscenes and a soundtrack that is one of the best we’ve heard in some time. 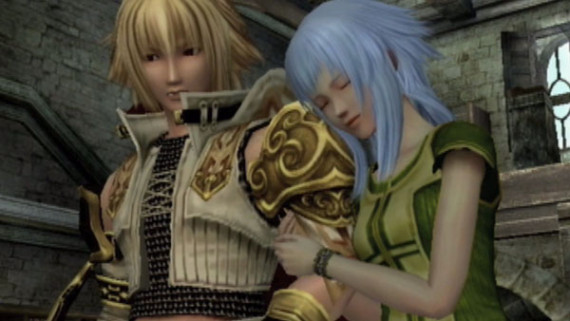 It’s taken Pandora’s Tower a long time to get to North America, but the wait was worth it. Interestingly enough, the game reminds us of the RPG NiER in that it’s a crude-looking game, but one that also has more heart than most others on the market. Sure, it has some technical blips, some AI issues and gameplay that lacks depth, but developer Ganbarion has provided solid hack-and-slash mechanics, thrilling boss encounters and one of the most powerful love stories this side of Final Fantasy VIII to make up for those detriments. In fact, we’d be surprised if the game doesn’t get remembered solely for its genuinely touching tale of two lovers. In the end, it’s not the most polished game, and in actuality it is the least poignant of the three Operation Rainfall JRPGs. But being the weakest in a lineup of Xenoblade Chronicles and The Last Story means it’s better than most other games of its kind by default. It’s hard to think of another Big N game that has its heroine munching on monster flesh, so here’s hoping that Nintendo recognizes what a fantastic action-roleplaying experience they missed localizing and gives stateside players more of this kind of mature title in the future.