The long in-development heist story about eight miscreants has finally come to fruition, offering a stealth game hidden within a unique style of gameplay. Being so adapted with games such as Splinter Cell and Mark of the Ninja, it’s amazing how perfectly the over-the-top camera angle serves the concept of hiding in the shadows. Additionally, with so many titles aiming for more action, it’s always refreshing to see something that offers the ability to avoid conflict completely. Can Monaco: What’s Yours is Mine steal our hearts, or has the well gone dry?

Heist stories are normally associated with gunfights, and while there are different weapons scattered throughout the levels of Monaco, this is a game more about patience and strategy. It is a stealth title that is very true to its nature, but doesn’t necessarily reward silence. At the same time, if players want to go guns-a-blazing, that’s more than an acceptable option, but there is no right or wrong way to play. The core gameplay mechanics revolve around the primal collection of coins as they’re spread across each mission and deal heavily with the overall outcome. Instead of giving a graded score, players will receive a time value of how quickly they were able to complete a stage. Don’t worry about getting caught or how much health is remaining; all that matters is how fast you’re able to get in and out. 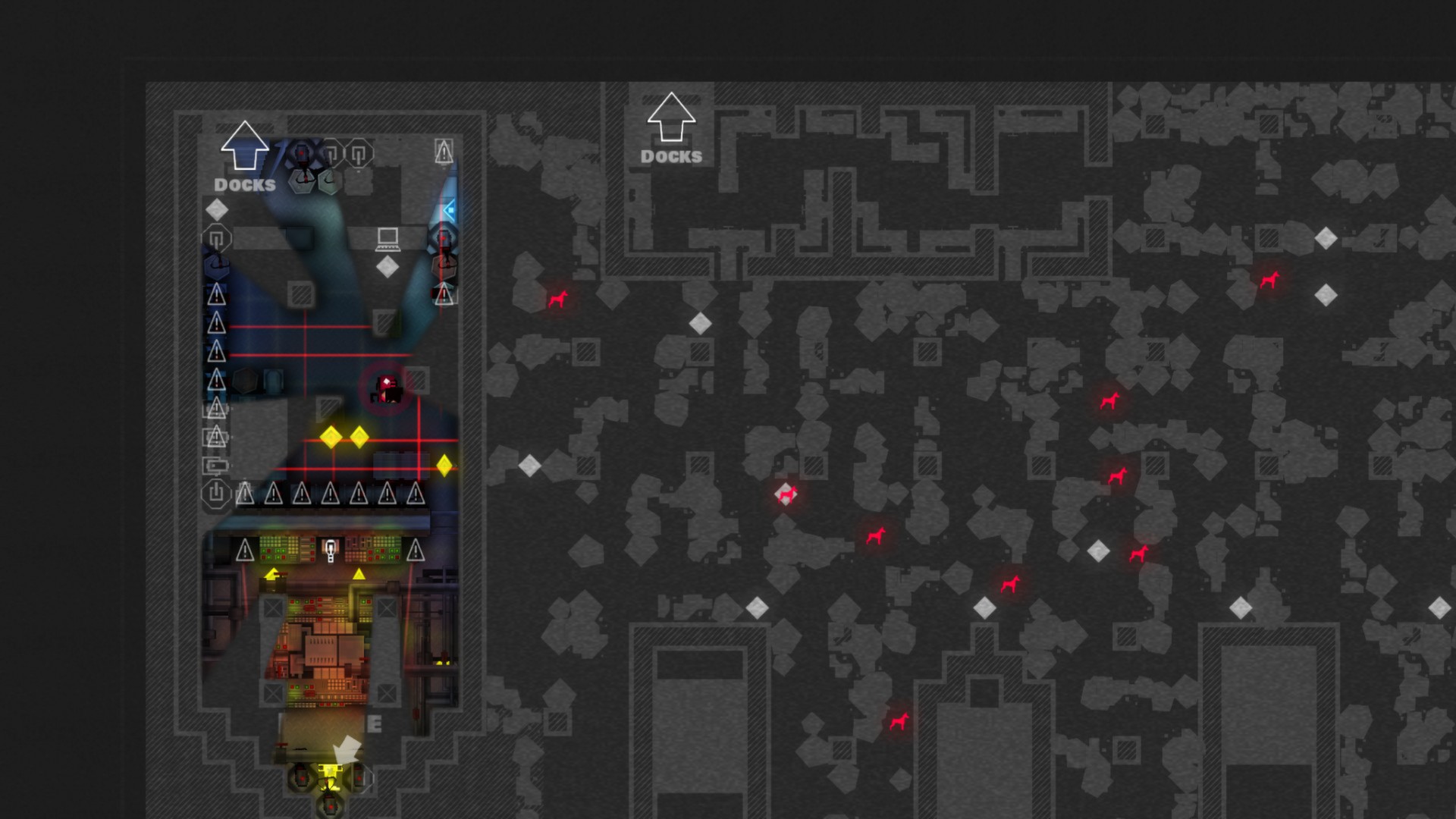 All coins are optional to collect, but central to receiving a good end-level score. For each coin overlooked, ten seconds are added to their completion time. It becomes incredibly difficult in later levels to get everything, unless sacrificing the awareness or health of a teammate is something you can live with. It all boils down to whether you want to pace yourself or just run around like a mad man with a shotgun; generally the two are best mixed together. Another intriguing way Pocketwatch Games values coins is story unlocks. Players will start off in the Locksmith’s storyline, and for every two levels cleaned out, a mission for the pickpocket’s plot will become unlocked. It’s an excellent incentive to go back and collect every last coin, otherwise they’d be fairly useless looking past the leaderboards.

While the main plotline isn’t necessarily as important as the gameplay, it does a good job in moving the story along. The player starts when their character, picked from a selection of eight, first breaks out of jail and goes on the biggest heist of his or her life. After all is done, they have to get out of Monaco before the cops become the wiser. Each character has a different and generally comical personality, such as the hacker who doesn’t have time to breathe or the gentleman who has a distinct French accent. It’s lively enough to make you wish that more of these moments and interactions were implemented into the overall gameplay rather than just the lobby, as all the dialogue is well written and gives the story more life.

Playing the campaign solo is phenomenal, but getting together with three others is an experience that goes beyond words. In co-op, each person picks a different class that should be beneficial to the specific level. In some cases, any class will be satisfactory, but there are missions that may require a good locksmith or lookout. Monaco strikes a good balance between each class and what they do, offering many ways in approaching situations. That said, a cooperative experience can be completely frantic if players aren’t properly communicating with one another. If there is one game to be played with friends, Monaco is it. 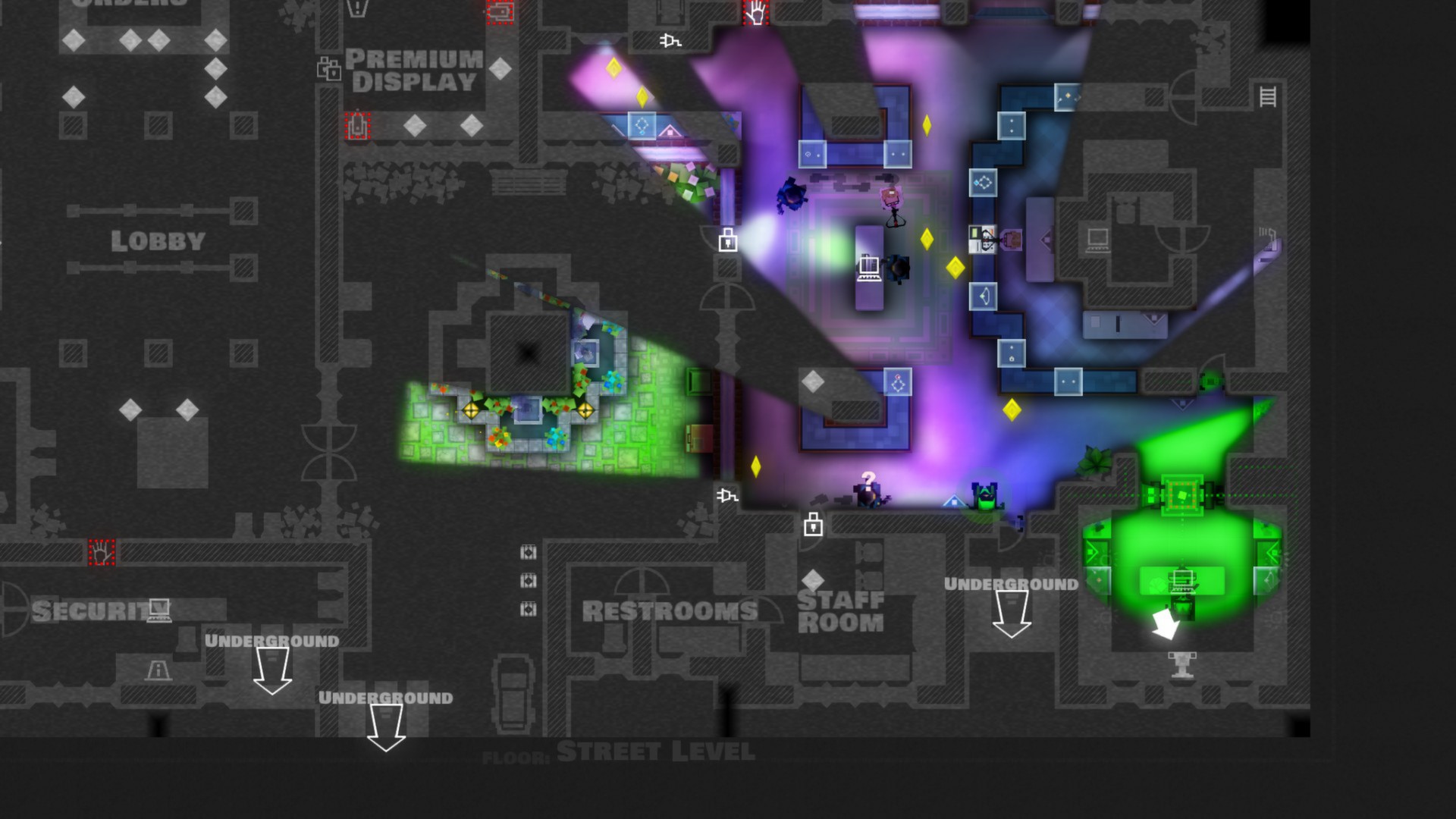 Monaco is hard; very hard. Some games can be challenging, but this can be excruciatingly difficult in later levels, especially in the second story. This is where cooperative play significantly helps, and is almost mandatory. It’s not impossible to complete the game in a solo playthrough, but failing multiple attempts with a party of four is discouraging to say the least. That said, Monaco does have a good pace as it starts off slowly by introducing new techniques to the player along with more powerful enemies down the line. This means guards start with batons, then go to pistols, then sub-machine guns and finally shotguns. Dogs are even put in to sniff you out, adding a whole new structure of thinking. It’s not unforgiving, though, and feels especially rewarding when finishing a mission under the direst of situations.

The biggest problem can be contributed to the controls and navigation. While it’s generally easy to traverse each area, there were multiple occurrences where one of the characters was slightly off position when trying to interact with something, causing much frustration. For example, trying to make a quick escape during heavy gunfire got me killed on multiple occasions because I couldn’t determine if I was properly aligned with the small icon on the side of a car. I also slipped around corners into trip lasers more times than I can count. It’s not particularly bad controls, but feels way too precise when looking at the scaled back camera perspective. 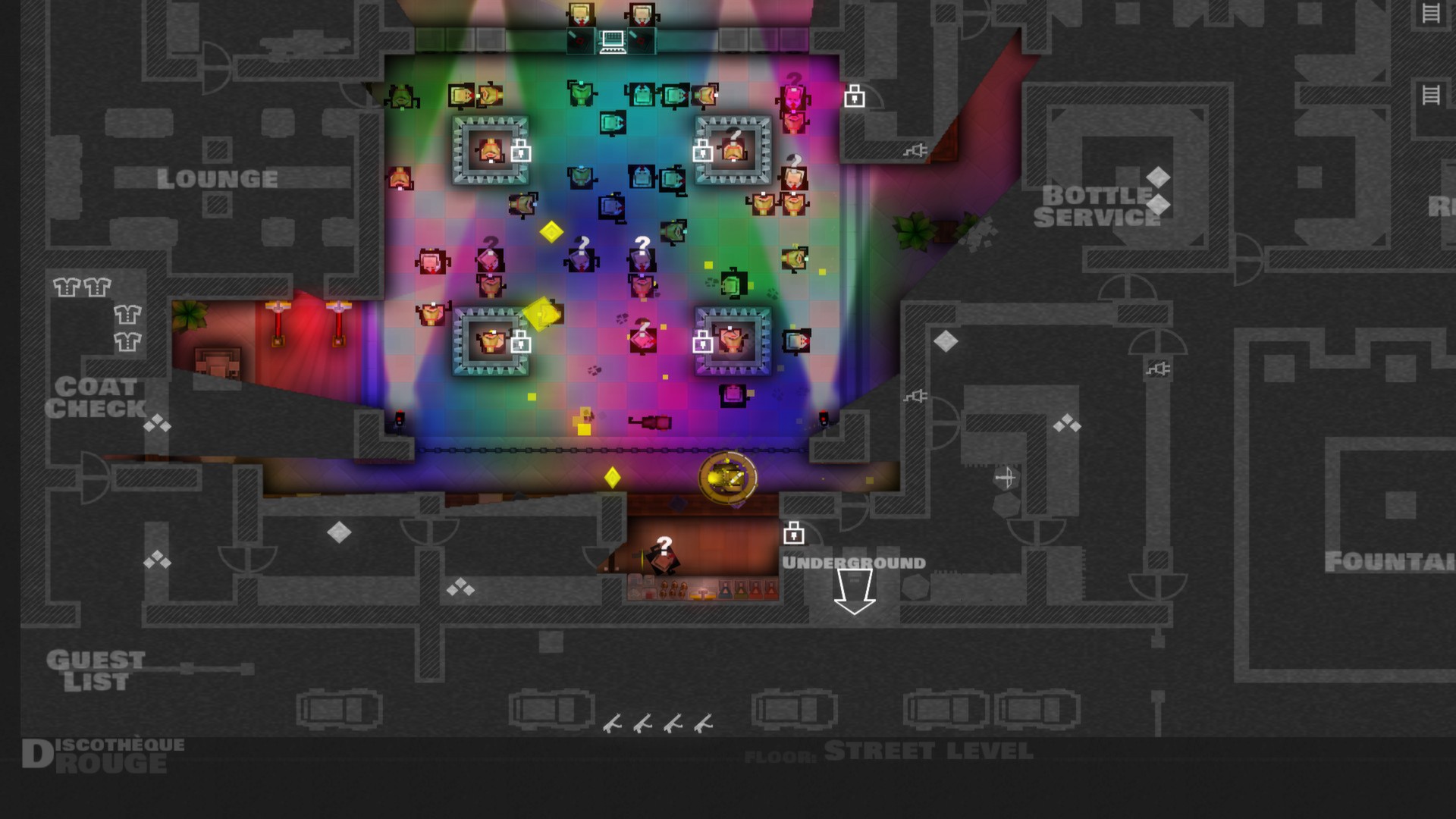 There’s something about Monaco that I just can’t put my finger on; something that screams “love me” every second of the day. It’s profoundly challenging, but at the same time, a rewarding experience that goes beyond its means to taunt you to do better. While some of the controls can be a bit bothersome, the overall gameplay mechanics and sense of enjoyment is overwhelming. Mix one of the most gratifying cooperative campaigns in recent history with an absolutely charming cast of characters, and you have an addictive upper echelon independent game.